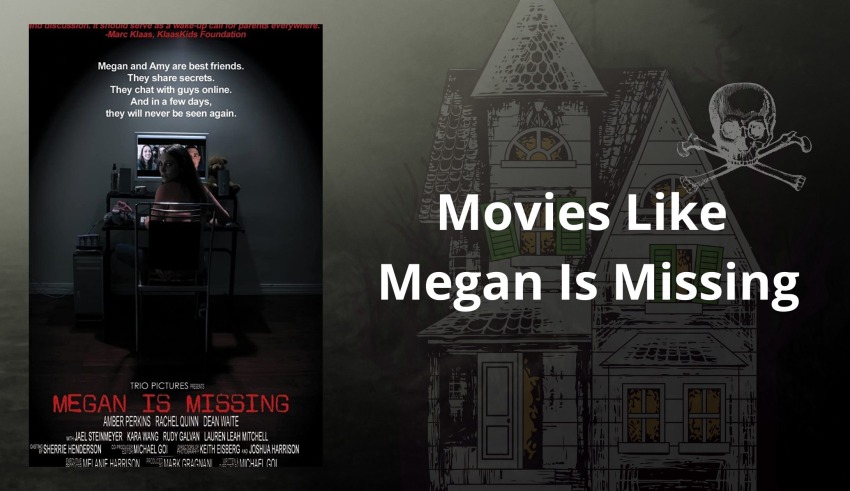 If you like horror movies, then this list is going to be right up your alley. Megan is missing was a movie that we all liked, because of the unexpected horror twists and turns, Megan is missing becomes a great movie to watch and hence is a must-watch for those who haven’t. However, if you’re looking for more such movies to watch, then you’re at the perfect place. Today we are going to talk about the ten best movies like Megan is missing.

which should be on your watchlist, if you liked Megan is missing or horror in general. This is why we recommend checking this list out till the end and finding the movie that you want to watch. So without further ado, let’s jump right in:- 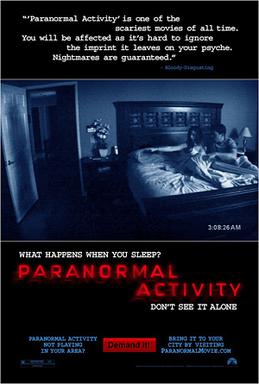 Since the entire movie is cam recorded, it will give you chills right through the screen as if the things were happening in front of you. Since there is no professional setup used, this movie feels very real, which is what gives people nightmares after watching this movie. However, there is only a little resemblance of paranormal activity to Megan is missing, but we highly recommend watching it regardless.

The taking of Deborah logan 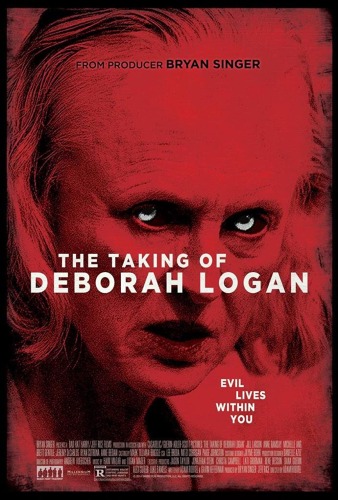 The next movie on the list is yet another documentary-style horror movie that is going to give you chills. The movie revolves around this grad student mia and the lives of a mother and a daughter named Deborah and Sarah. While documenting their lives, mia discovers that some unusually weird activities start occurring and hence finally realizes that there is some supernatural force that has taken control of Deborah.

If you like watching horror movies that are quite a slow burner, yet still pack a punch, then this movie should be on your watchlist. The cam recorded feel of the movie matches directly with the entire camera sequence of Megan is missing. Since there is a sinister persona involved, people who liked Megan is missing are also going to love this movie. If you haven’t watched it yet, then we highly recommend doing so. 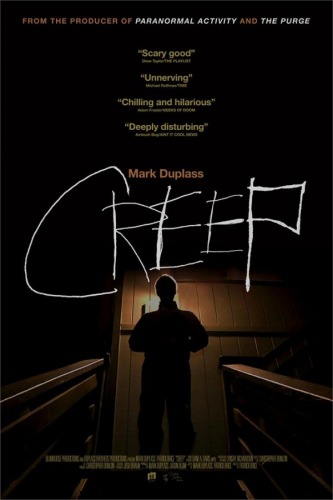 The next movie on the list is creeping and as the name suggests this movie is going to give you creeps. However, this movie is slightly different from the typical horror movies you may have watched. The cam recorded feel of the movie gives you chills, which is exactly what you’d expect from a horror movie. However, things are not limited to that. But before we go on to explain it all, let us take a look at the plot first.

The movie revolves around a videographer and his client. This client has found this videographer through a newspaper ad and has called him to make a video for his unborn child. However, this eccentric client has a lot of secrets that are uncovered as we go deeper in the movie.

The series of events that take place make this movie spooky and hence is the perfect movie to watch if you liked Megan is missing. If you haven’t watched this movie yet, then we highly recommend watching this movie. This movie will give you a ton of jump scares and unexpected turns, which is what makes this movie worth watching. 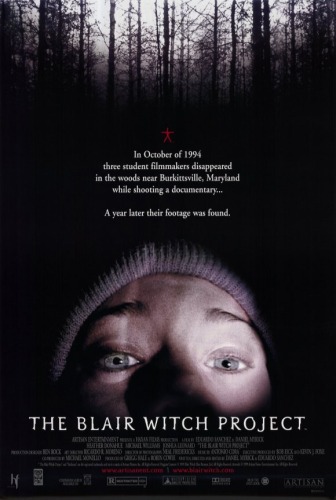 This movie is yet another cam-recorded horror movie that adds all the raw elements of fear and horror to the viewers. Blair witch project is a movie that was released in 1999, which revolves around three students. Now, what makes these three students interesting is that they decide to go on a hike in the black hills near Burkittsville in search of an urban legend called the Blair witch.

Now, the legend says that Blair witch lives in these hills and kills anyone who tries to trespass and hence should not be joked around with. However, three logically driven filmmaking students, trek the hills and are never found again.

However, a year later, their footage and camera gear are found by the locals, which is then analyzed to reveal the horrifying incidents of the Blair witch project. The movie has a ton of interesting turns that you would like to witness and hence is the perfect movie to watch if you have just completed Megan is missing. If you haven’t watched this movie yet, then it is a must-try. 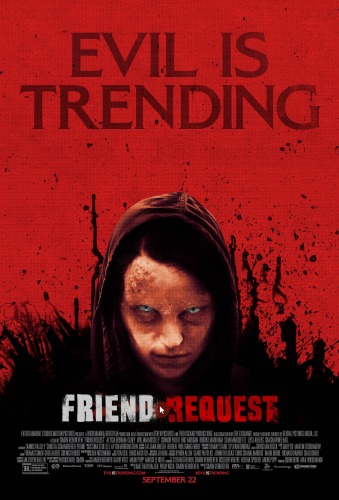 Unlike all the other movies we mentioned above, this next movie is not exactly cam-recorded. With an interesting plot and a professional setup, a friend request is one of the finest movies to watch if you have just completed Megan is missing. Since the plot of the latter revolves around Megan who goes missing after meeting an online friend, this movie is a must-watch if you liked movies like Megan is missing.

The plot of a friend request revolves around a socially popular girl named laura who receives a friend request from the marina a socially awkward girl, that no one takes a note of. However, laura is a kind girl, adds her on Facebook, and also meets her on campus.

However, unaware of the bizarre things that are about to happen, she purposely does not invite marina to her birthday party and everything falls apart. The movie takes on serious turns of events that result in laura losing all her friends and popularity. Rather people start hating her as well. This movie has a great ending and is perfect for anyone who has watched Megan is missing. 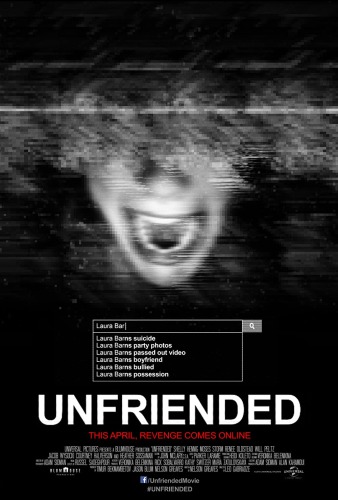 This next movie is bound to give you chills and is hence one of the movies that we highly recommend watching. Unfriended is a movie that has quite a similar plot as the movie we just mentioned earlier, however, is slightly different in ways. Unfriended revolves around six girls who are video chatting one night and receive a Skype message from a dead friend, who killed herself a year ago.

However, at first, they deny it as someone trying to pull a lame prank at them. The girls find this seventh entity revealing their darkest secrets and are horrified. A lot of sinister activities start happening with them, which results in a ton of drama and jump scares as well. Recorded from a young teen girls’ desktop this movie adds new definitions to the “found footage” horror category and hence is a great movie to watch if you liked Megan is missing.

Since the turn of events appear natural and can happen to anyone, this movie feels scary, which is what makes us recommend you this movie as well. If you haven’t heard of this movie yet, then check them out for sure, and you won’t be disappointed. 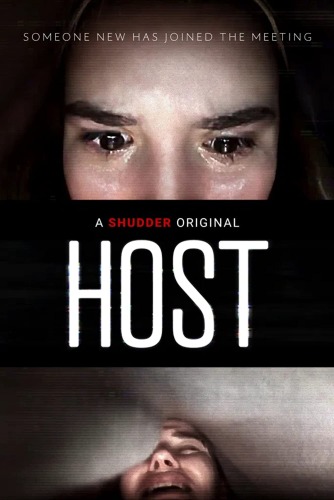 The next movie on the list is the latest release and is a must-watch. This movie, host revolves around some friends who are going to hold a seance with a medium their friend recommended. However, things dont go quite as planned. To be absurdly funny a friend of theirs creates a huge problem for all the other people in the meeting.

On being asked to talk to a spirit, this friend of theirs spawns a fake story about a boy who killed himself as a kid. However, since this story is fake, the medium reveals that through this mask that one of them has created any spirit can come through. And to their shock, a sinister spirit comes through.

This spirit kills every last one of the people in the meeting and this is where the movie ends. If you liked Megan is missing, then you are going to thoroughly enjoy this movie as well. Since there are a lot of interesting and horrifying turns, you will love this movie. 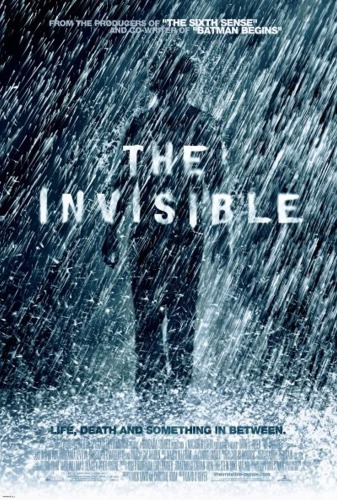 This next movie will take you through the nature of death and is a different take on horror movies than you may have seen before. The invisible revolves around a star high school kid who is attacked by a troubled teenage girl.

Following this attack, this boy hangs by a thread on the edge of life and death, and it’s up to his ghost to deliver the evidence to the police to save himself and also find the person guilty.

However, on his investigation as an invisible ghost, the boy discovers that the assailant is not beyond redemption and hence takes her help in coming back to life. This movie has a nice concept, that is not seen before and hence is a movie that we highly recommend you to watch. if you liked Megan is missing, then you’ll surely like the invisible as well. 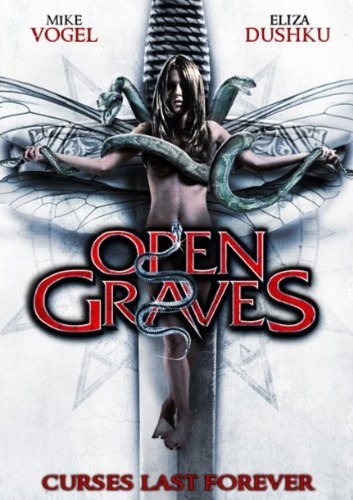 Now, this movie is not exactly horror but can be classified as a great thriller. Open graves is a movie that revolves around a board game, Jason and his surfer friends. After finding a weird game somewhere, Jason and his friends start to play, this game called mamba. However, as the dice rolls and the game ends, they find out that the people who lose are going to die a gruesome death. However, the winner also gets a wish.

Jason then discovers that the only way to reverse the game is to keep the dice rolling and win the game before anything happens. So he continues playing with his girlfriend and tries to bring his friends back. With an unexpected turn of events, this movie is a must-watch if you liked Megan is missing. If you haven’t watched it yet, then we highly recommend doing so. 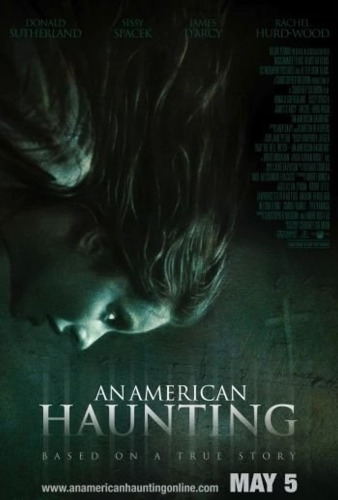 This movie revolves around a family who is haunted by an evil spirit that finally resulted in the death of a family member. Based on a true story, this movie encapsulates the fear of the family members and the bystanders very clearly and hence is a great movie to watch. If you haven’t heard of this movie yet, then we highly recommend you to check them out. This is a great showstopper to all the movies that came before.

The ten movies mentioned above are the ten best movies like Megan is missing and hence are included in this list. If you liked the latter and are willing to explore the category a bit more, then this list of movies is perfect for you to watch. We’re sure you will find something that you like in this list. Till then, keep scrolling!