YouTube is now considered one of the largest search engines and platforms for sharing video content. Many YouTubers after getting millions of views and subscribers become celebrities in their way. There are so many Girl YouTubers with millions of subscribers.

Even some of the Best Girl YouTubers are much better than boys. Some of them are highlighted with the details of their brands or business. As female YouTubers start continuously grow they provide a golden opportunity to the marketers to reach the female consumer.

These smart and creative women share fashion and beauty tips, game reviews, educational content, recipes, etc on YouTube. Most of them are celebrities and big-shot influencers. So, before we take a look at the list of the most popular female YouTubers, let’s talk about how to find the right YouTuber to partner with. They are the Most Searched Girls On YouTube with more Than 1 Million Subscribers. 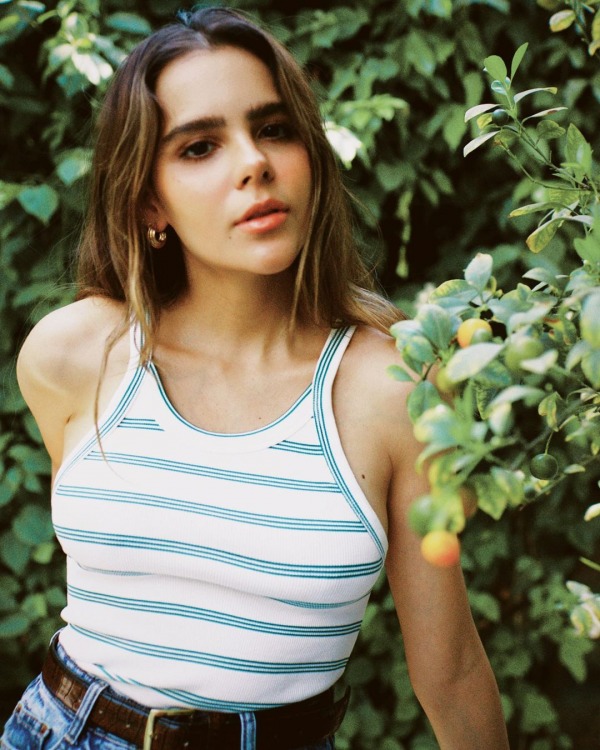 Yuya joined Youtube on September 20, 2009, and her Youtube Channel has more than 23 961 191 subscribers. Her original name is Mariand Castrejon Castañeda. Yuya is a Mexican girl, who speaks the Spanish language as well as she has an amazing quality video.

She generally shows about the application of makeup, DIY projects, fashion, hair, etc. The videos she made give you pleasure if you understand Spanish. In her videos, she also discusses a wide range of topics to satisfy women’s beauty.

Her first YouTube channel was named “lady16makeup.” In 2009 she win a YouTube make-up contest at the age of 16.  In March 2016, she joined United Nations’ Sustainable Development Action Campaign’. 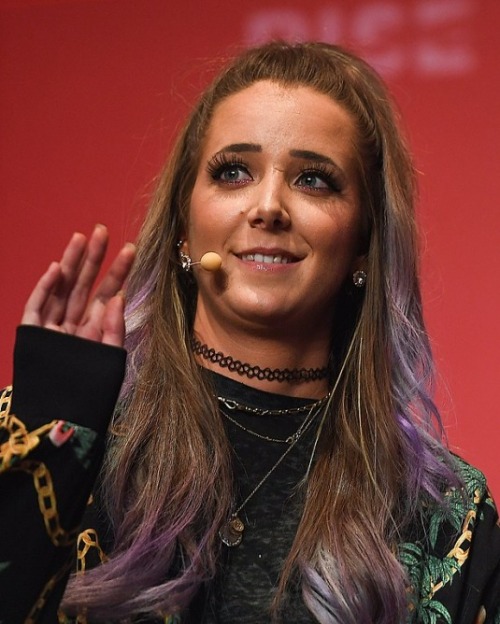 Jenna Nicole Mourey is famous by the name of pseudonym Jenna Marbles and Best Girl YouTubers and most popular creators with 19.6M subscribers.

She joined the platform in 2010 and quickly earn followers with refreshing and honest content. The “Marbles” title of Mourey’s channel is referred to her dog Marbles, who appears in many of her videos.

Besides YouTube, Mourey has appeared on the television show, “Ridiculousness”, and perform as a host in a weekly SiriusXM music countdown.

Among the first of Mourey’s videos, “How To Trick People Into Thinking You’re Good Looking,” released in 2010, gained more than 5.3 million times in its first week.

In 2011 her another video “How To Avoid Talking To People You Don’t Want To Talk To” was featured in The New York Times and ABC News. 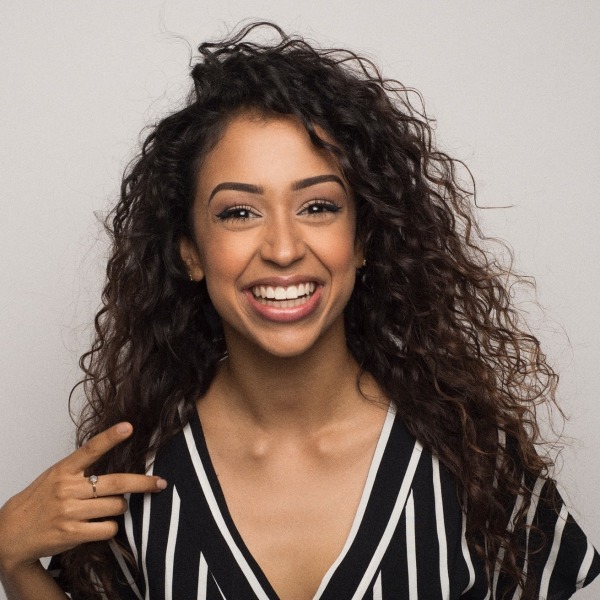 Liza Koshy is a 24-year-old American who instantly holds the top position among Best Girl YouTubers after joining YouTube in 2015. She was born in 1996.

Liza is an actress and television host besides being a comedian. Her channel has 16.8M subscribers. Her original name is Elizabeth Shaila Koshy.

She makes funny and entertaining videos. Liza has received two Streamy Awards as well as other recognitions. In 2018, she had joined a web tv series named, “Liza on Demand” whose episodes are available on YouTube for free.

She also hosted ‘Every Single Step’ and ‘Total Request Live’ on MTV till 2018. Koshy was the first “digital star” who give interviews for Vogue magazine’s “73 Questions” web series.

Koshy conducted interviews with celebrities on behalf of Vogue. She appeared in online advertisements for ‘Beats Electronics’ which draw four times more viewers than those of other celebrities. 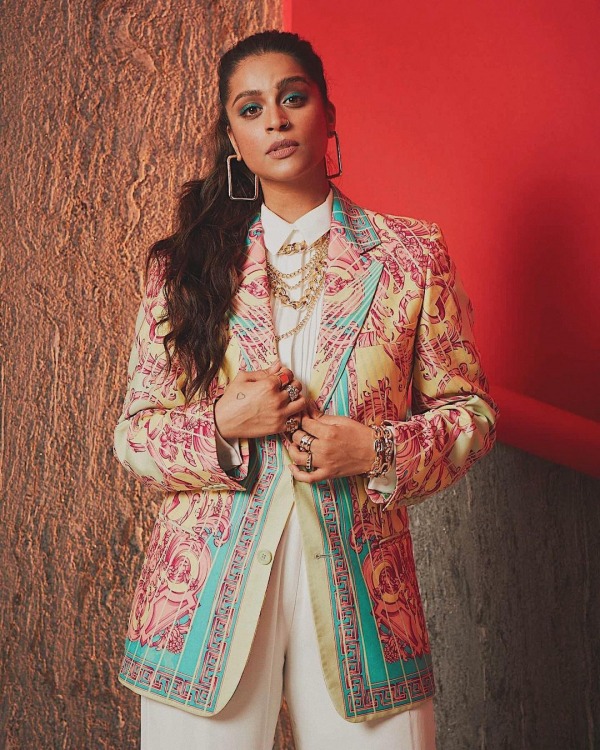 Lilly Singh is one of the best Canadian YouTubers who named her YouTube Channel “Superwoman” with 14.7M subscribers. Her humorous content on Indian and Punjabi culture has made her famous amongst teenagers in many different parts of the world.

In 2017, “Superwoman” when Lilly Singh earn more than 13 million subscribers, Forbes listed her as one of the world’s highest-paid YouTube celebrities and Best Girl YouTubers with huge earnings.

In March 2017, her first book was released called “How to Be a Bawse: A Guide to Conquering Life.” You can find her entertaining talks on both her YouTube channel and IGTV. She also gets the award for ‘Best Non- Fiction’ in ‘Goodreads Choice Awards’ 2017.

In October 2016, she got 8th rank on Forbes‘ list of the World’s Top-Earning YouTube Stars of 2015. ‘Fast Company Magazine’ featured her as the 100 Most Creative People in Business. In 2016, she gave her voice in the film ‘Ice Age: Collision Course’ and appeared in the movie Bad Moms. 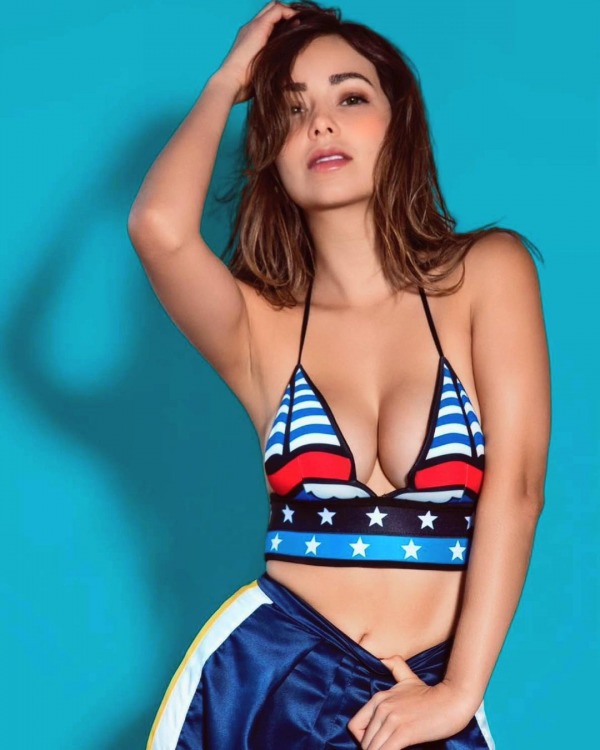 Secondly, she also creates videos on relationships, fashion, family, and business-related topics which make her place at the audience’s heart. All the videos on the channel are in Spanish.

She agrees with ‘United Talent Agency’ (UTA), a California-based talent agency that offers her many film projects.

CaELiKe has also worked with some of the biggest brands like ‘Coca-Cola’ and ‘Procter & Gamble.’ She got two ‘MTV Millennial Awards’ and a Mexican ‘Nickelodeon Kids’ Choice Award.’ 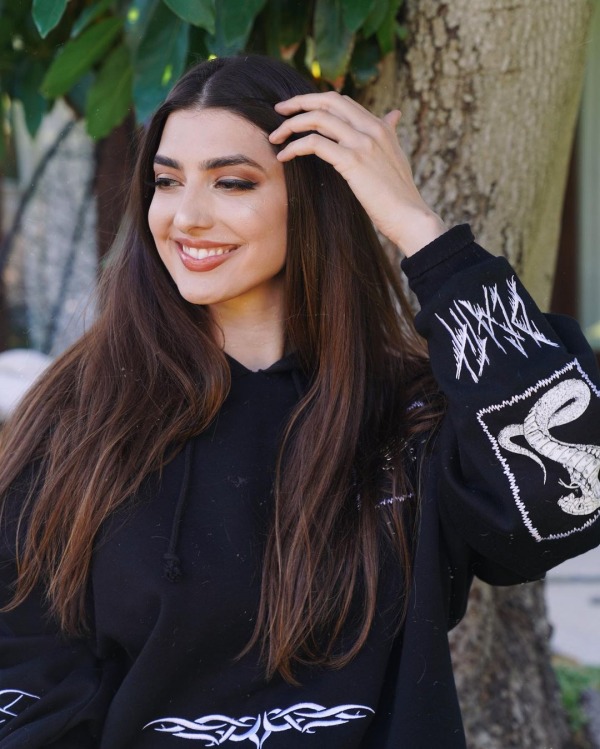 Rachel Levin named her channel RCLbeauty101 and join YouTube in 2010 with 14M subscribers. She uploaded her first video at the age of 15, her video named “How to Conceal Under Eye Dark Circles.”

Her beauty advice and DIY ideas made her famous on YouTube. Then she became engaged in creating funny videos to increase YouTube subscribers.

At age 16, she was mentioned in ‘The Wall Street Journal’ for the article named “Mixing Makeup for the Webcam” about her cosmetics DIYs. She was also featured in a Forbes Magazine article, titled “Rachel Levin: A YouTuber With A Positive Message” and in an episode of Steve Harvey.

In 2020 Levin started their own makeup brand RCLÓ Cosmetics. Levin entered her music career in 2020 with the debut of her first single, “Myself”, with the Sun & Sky Records. 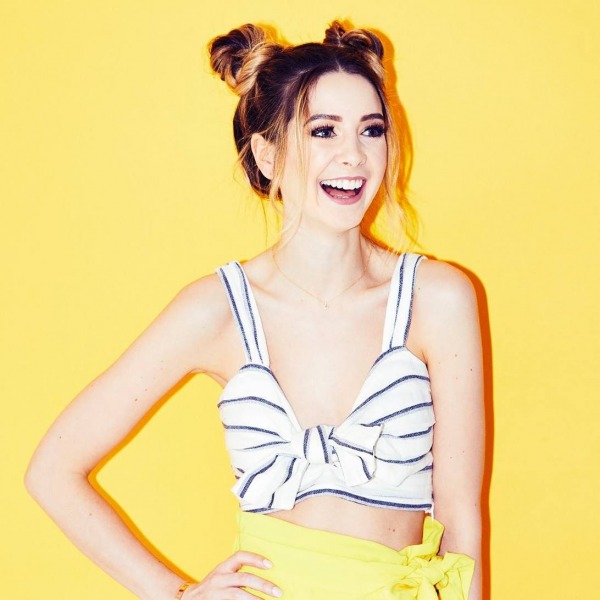 Zoe Elizabeth Sugg, popularly known as Zoella. She had joined YouTube as a teenager and now owns a beauty line. Her videos are about beauty, makeup, and fashion trends. She is also famous for her books. Her first novel named “Girl Online” made a record of selling several copies in its first week. It also becomes the fastest-selling book of that year.

On 29 October 2020, The Magpie Society: One for Sorrow, a young adult fiction novel was released where she co-authored with Amy McCulloch. Sugg won the “Choice Web Star” award for ‘Fashion/Beauty’ at the 2015 Teen Choice Awards. 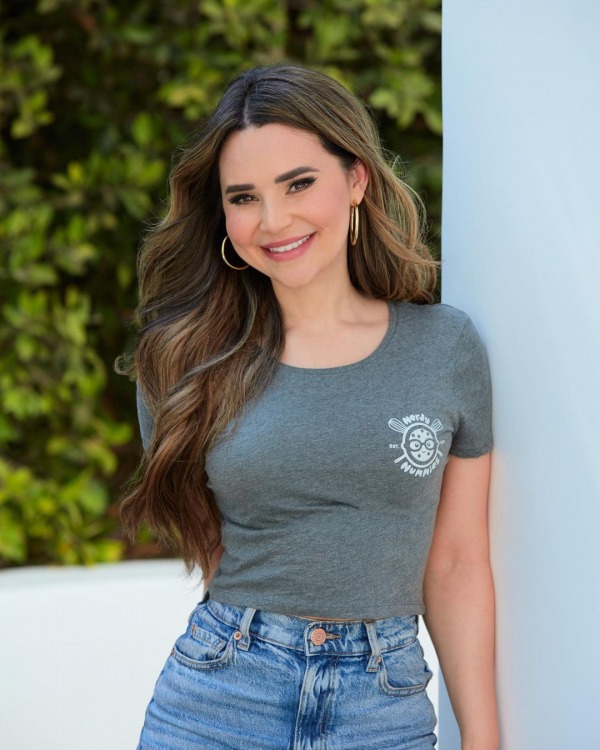 Rosanna Pansino is a famous personality on YouTube earn her name as a baker, author, and actress. She entertains her viewers with fun recipes with 10M subscribers.

She has considered as one of the Best Girl YouTubers. Pansino is popular for her internet cooking show Nerdy Nummies, which was hosted by her in 2011.

Her show won her a Shorty Award in 2013 and also get additional nominations in 2015. She earned her five Streamy Award nominations. She has written and published two cookbooks and released a baking line.

“How to Make a Frozen Princess Cake” video gave her more than 1.8 million views. It is the most popular cooking video on YouTube.

Mota’s first haul video was released in June 2009 which become 9.5 million in October 2015.  As hauling became more popular on YouTube, bands were started to use it for marketing, and they offer Mota free cosmetics and gift cards for promotion.

When Mota is hired for promotional videos and features on free products, she mentioned that the products are not purchased by her.

Her videos are made up of beauty and fashion tips, makeup tutorials, and some creative ideas.

Besides her beauty videos, she spread messages about anti-bullying and acceptance on the YouTube platform. In 2014, she was selected to be one of the content creators on YouTube for their first advertising campaign.

Mota participates in YouTube’s web show IMO, for teenagers. She interviewed President Barack Obama in 2015. The show is for Whitehouse’s initiative to connect with a broader audience.

Alia Marie “Lia” Shelesh, is a British-American female YouTube gamer at age 26. Lia is known as SSSniperWolf on YouTube. She is a popular gamer who plays Call of Duty. She continuously posts gaming videos, vlogs, and funny videos on her channel.

Her YouTube subscriber is about 13 million. In 2019, Lia got a nomination for a Nickelodeon Kid’s Choice Awards for Favorite Gamer. Recently, her brand promotes a dance video for the PUBG game.

She encouraged her fans to download PUBG’s mobile app. Her channel gets more than 3.7 combined video views and makes her the 159th most followed on the site and became Best Girl YouTubers.

She is a 24-year-old American celebrity Eleonora “Lele” Pons Maronese who has 17.7 M subscribers on YouTube. The original name of the Venezuelan-American star is Eleonora Pons Maronese.

Not only she is famous for her acting but also she is famous for singing, modeling, and appearing as a host in the popular tv show ‘La Voz…México’. She released a novel in 2016 and her first song in English with Jake Owen.

In 2016, Pons wrote a novel based on her own high school experiences, ‘Surviving High School, with Melissa de la Cruz. In 2020, Pons released a five-part docuseries ‘The Secret Life of Lele Pons’, which shows her lifelong struggles with mental health.

She also appeared in the first episode of MTV’s horror TV series, ‘Scream’. She made her name in Best Girl YouTubers. 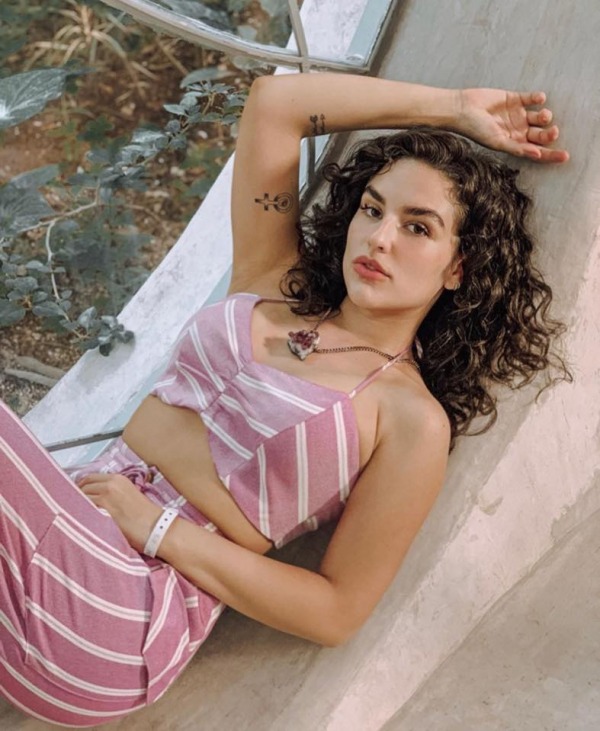 Brazilian YouTuber, Kéfera Buchmann, owned a YouTube Channel named 5incominutos from 2010. Usually, she tries to keep most of her videos around five minutes.

Onward 2018, she earned more than a total of 11 million followers on YouTube and become the Best Girl YouTuber. In 2017, she published her book “Querido dane-se.”

Being an actress she is one of the first female YouTubers in Brazil to earn 1 million subscribers. She had won ‘Geração Glamour Award’ in the YouTuber of the year (2015) category. She also won ‘Meus Prêmios Nick’ and ‘BreakTudo Awards in the Best Female Youtuber category. 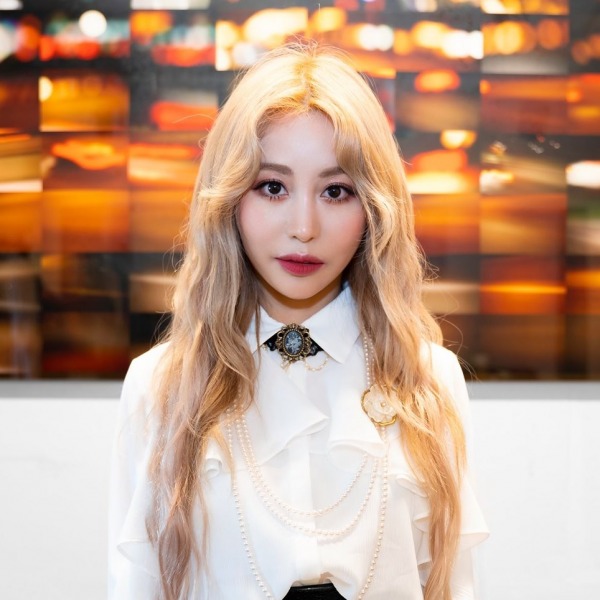 She has more than 13 million subscribers on YouTube. She is also a singer. Wendie Ayche had released her first single “Baby Believe Me” in 2017. In 2018, she was hired as an influencer for a luxury brand, Dior, and attend the Dior show during Paris Fashion Week.

In 2020, Wengie released her debut EP, “Collabs Vol. 1 (Int’l Ver.)” with multiple artists from various countries across the world.

Her song “Thing You Want” was sung in Hindi, which features the Indian singer Shalmali Kholgade. In 2013, Wengie created a second YouTube channel called “WengieVlogs”.

Her own YouTube show name “Me and My Grandma.” She publishes and authored the book’s name “My Life as Eva: The Struggle is Real.”

In 2017, MTV announced that Gutowski would join the show ‘Total Request Live’ with fellow YouTubers, Gabbie Hanna, and Gigi Gorgeous. In 2019, she appeared in a PETA ad for protesting against marine parks that keep marine animals imprisoned in tanks.

Similarly, she appeared in 2020 with her father in the “We the People” segment in the 2020 Democratic National Convention. 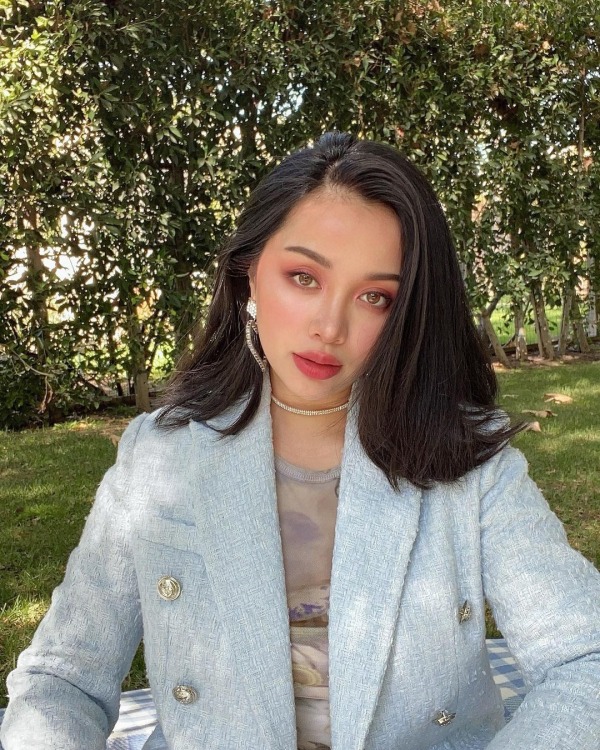 Michelle Phan is a popular beauty influencer and one of the Best Girl YouTubers. Firstly, she is known for her makeup tutorials videos and beauty tips with 8.9M subscribers.

Secondly, she has owned her box brand, Ipsy founded the cosmetics brand, EM Cosmetics. Michelle also owned a startup, Thematic which is a free music marketplace.

Phan published a book in October 2014, named ‘Make Up: Your Life Guide to Beauty, Style, and Success — Online and Off

The list has been changed every year. But some girls manage to earn focused and keep on gaining new subscribers. They earn deep respect from everyone because they do not afraid to broadcast themselves with unique ideas to the rest of the world.

The girls mentioned in this list didn’t wait for any opportunities to come and help them become an actor or singer or makeup artist. They just started creating videos and sharing their talent and ideas with the world and become celebrities. Finally, their success stories are inspiring others to do something on their own.