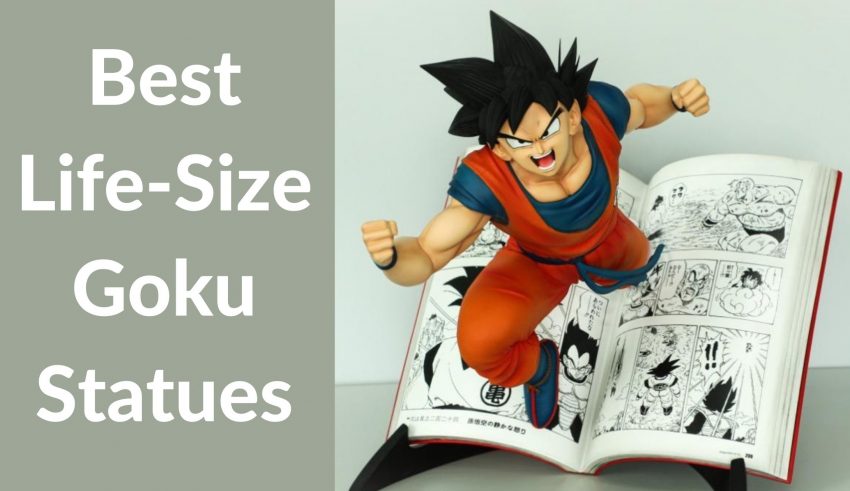 One of the most recognizable characters from any anime series is Goku. This powerful Saiyan has no limits whatsoever. Every time he faces a for and gets defeated he comes back strong. He keeps training hard and also breaks all the limits to become stronger.

The dragon ball series is still going on after more than 3 decades. It is one of the most popular series worldwide and introduced people to the amazing world of anime just like what Naruto did later.

If you like the characters and want to buy a life-size Goku statue or other character figures then this list is for you. Try contacting the companies before making any purchase since these are costly items.

Here is the list of best Life-Size Goku Statues: 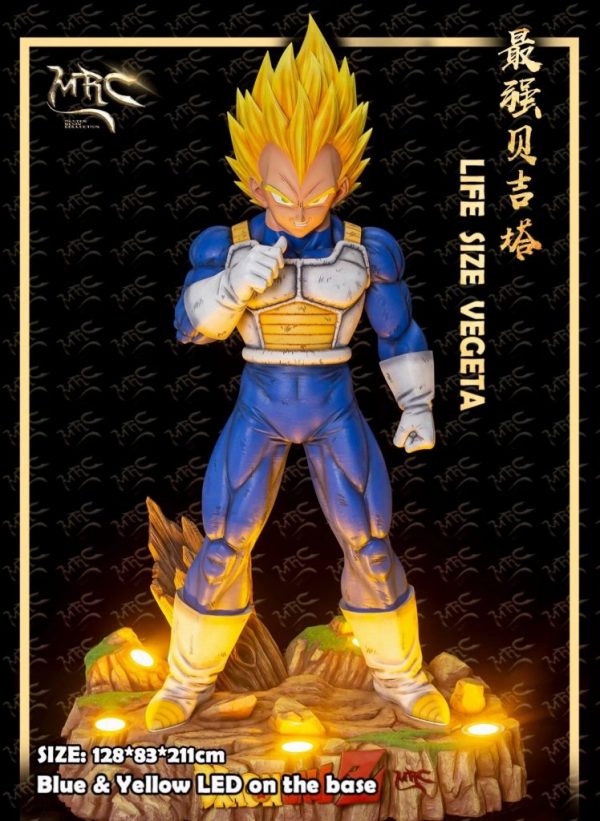 Dragon Ball is one of the most popular anime franchises of all time. It has been more than 3 decades since the show first aired. The show understood the basic plot structure and character development which appeal to a wider audience.

Basically, the heroes fight the villains. They lose at first. Then they train hard and achieve amazing power and defeat the villain. This goes on again and again. It happened so many times that currently, the main characters have become closer to the level of Gods. Yes! One of the main characters of the franchise is Vegeta. He is the prince of the planet of the Saiyans.

During the initial appearance of the character, we see him as an antagonist. Vegeta tries to defeat Goku and become powerful. But in the later seasons, we see a change in him. He still wants to be powerful and better than Goku but he doesn’t go around destroying planets and harming innocent people.

If you are looking to buy a life-size Goku statue then you can take a detour and check out the Vegeta statue as well. It is well made and looks amazing. There are LED lights at the base which gives an awesome look to the statue.

The statue is around 211 cm in height. It costs $7199. The only downside is that the statue can be fragile and you might receive damaged products. You can glue the pieces back but that’s a risk you have to take. This is something important that the company mentions. 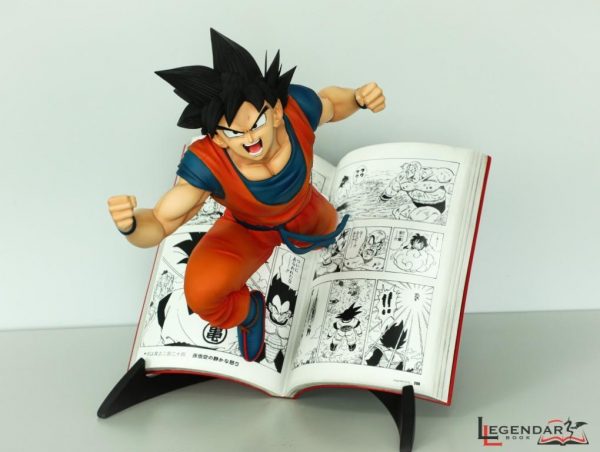 Almost every anime lover knows about Goku. Even people who don’t watch the Dragon Ball franchise know about this character. This is because of the huge effect this anime has on the anime culture. Dragon Ball is one of the first anime to receive huge worldwide popularity. The protagonist of the anime is Goku who is a Saiyan.

When his planet is destroyed he is sent to Earth. It is assumed that he will grow stronger and then conquer Earthlings. But he gets hit in the head and his entire demeanor changes. He becomes a warrior fighting to protect humans from powerful internal and external threats.

Goku has no limits. Whenever we think he is approaching his limit he trains harder and shatters all bounds. This is the reason why he even achieved powers rivaling that of God. If you want to buy a life-size Goku statue then this statue is probably not for you. This a small 26cm statue that will look good in a showcase or a table.

The design is very unique. It portrays Goku coming to life and jumping out of the comic book to punch the lights out of his opponent. The detail on this statue is really amazing. You can own this for 16,030 pesos which is around $334. 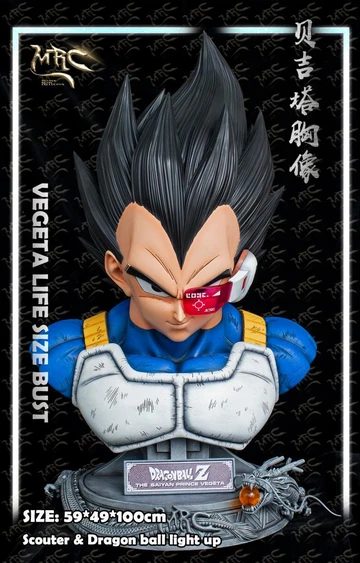 Vegeta is the proud Saiyan prince who initially comes to Earth with the goal of destroying it. He finds fellow Saiyan Goku living with the humans and protecting them. Vegeta tries to destroy Earth and Goku but he loses.

Later, he has a change of heart and stays on Earth. He trains to become stronger than Goku but he stops hurting innocent people. Vegeta is as stubborn as Goku though the former is much more aggressive and arrogant.

He has the fear of being left behind when it comes to being strong. This is why he trains intensely day in and day out. Vegeta is easily one of the most recognizable characters to come out of the Dragon Ball franchise.

You can buy a life-size Vegeta bust from animehouse.co.nz. For individuals who want to buy life-size Goku statue and other anime or dragon ball collectibles and figures, this is a good website. This Vegeta bust has the dimensions 59 X 39 X 100 cm.

The base of this bust also contains beautiful designs. It features a dragon holding a dragon ball in its mouth. We also see Vegeta wearing a scouter which is a device we see the Saiyans use. It tells the power level of another individual. The dragon ball and scouter light up to give a nice look to the whole figure. The price of the Vegeta bust is $1999. 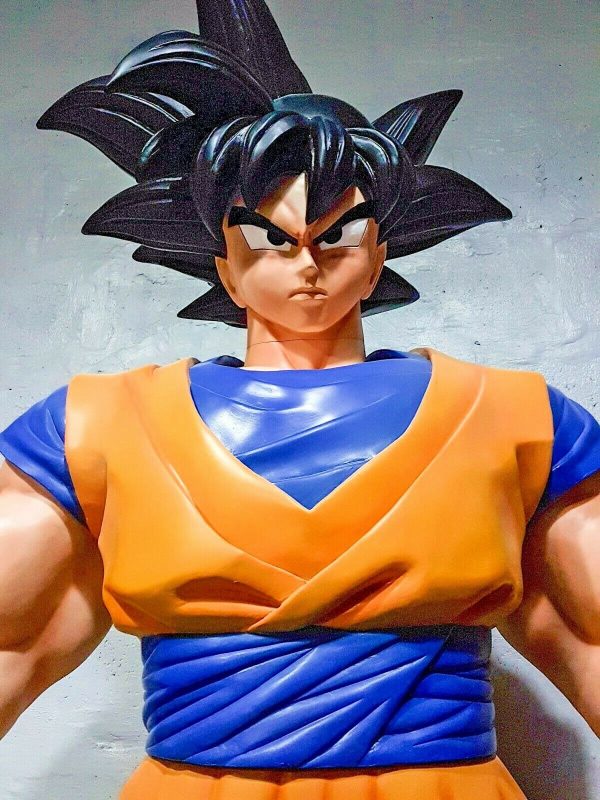 We know a lot of dragon ball fans might be looking for a Goku figure in which he is in the Super Saiyan form. The next life-size figure can be of interest to such individuals. Here we see Goku in his full glory.

He is in his Super Saiyan form. He is wearing a violet Gi which has been tattered during battle. It seems Goku is ready goto head to head with his opponent. He has a serious expression on his face. The statue looks very decent. The details on it are amazing. Everything from the sculpting to the painting looks amazing. You will just love this figure.

You probably know ebay.com is a place to buy goods at a wholesale price if you buy a bunch. So, if you want this statue for your store you can buy a lot of statues for a lesser price. The maximum height of the statue is 1.8 meters. The material used to construct this statue is fibreglass and resin. This company has the capacity to send 100 pieces a month. The price range for the statue varies from $550 to $1950 which depends on the size of the statue and the quantity that you order. 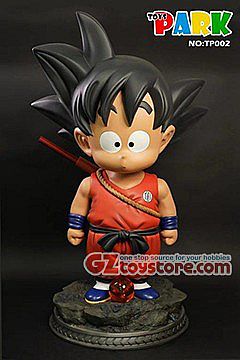 The dragon ball series started back in the late 80s. It is in the first season that we are introduced to Goku. He is still a cute kid who is insanely strong. He meets Bulma who is searching for the 7 dragon balls.

Bulma befriends Goku and he tags with her on the journey to find dragon balls. If you do not like dragon ball as you think that it is just dudes kicking each other then we suggest you at least the first few seasons. They are really well made. The first season episodes are quite entertaining. We see Goku going on adventures and battling tough foes.

If you like the character of kid Goku then you can purchase this life-size statue of kid Goku. It is a cute looking statue where we see him looking at us with a funny expression. He has the iconic stick-like weapon on his back and a dragon ball at his feet. This statue costs $525. So, if you are a fan of the series and want something small but still life-size then this is a good choice.

These life-size statues are awesome and if you are passionate about anime owning one can give you some joy. We hope you find something interesting and awesome to suit your collection. These statues are very expensive so before making a decision try connecting with the manufacturer.