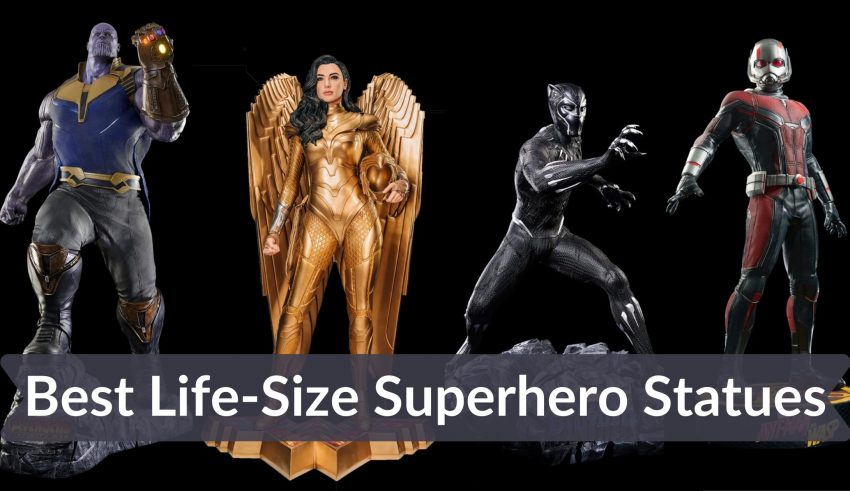 Childhood is nothing but a phase where everything seems magical. Magic seems real. The world seems a fascinating place to breathe in. What makes it bearable are the stories and narrations recited to us through a lot of mediums. Marshall McLuhan was right when he said, “The medium is the message.” It’s through the various mediums like movies, comic books, storybooks, games, etc. that makes our little heart aware of the impossible, the unknown.

What is beautiful is that despite being aware of the impossibility of the existence of certain things, we believe it to be possible and silently embrace and idolize them. Isn’t that the story over our incessant fascination with superheroes? More so, the kids. They start to believe that Tony Stark is actually the Iron Man.

Well, the novelty of innocence! Superheroes are an imagination brought to reality by the courtesy of the movie makers and the book writers who portray them as someone who has the power to bring heaven on earth by doing great things and thrashing evil. With pandemic befalling on us, we all secretly wished for a superhero who could just put an end to our misery.

A magical epiphany that would just bring the breeze of happiness in our lives. Sadly, a real superhero didn’t knock at our doors. But that doesn’t give us a reason to frown.

We can still have superheroes not only knocking at outdoors but also blessing our living rooms and drawing rooms with their fulfilling presence. Wondering how? Fret not, for we provide you with a long list of places from where you can purchase your very own customized Life-Size Superhero Statues and bring a smile to the face of your loved ones. 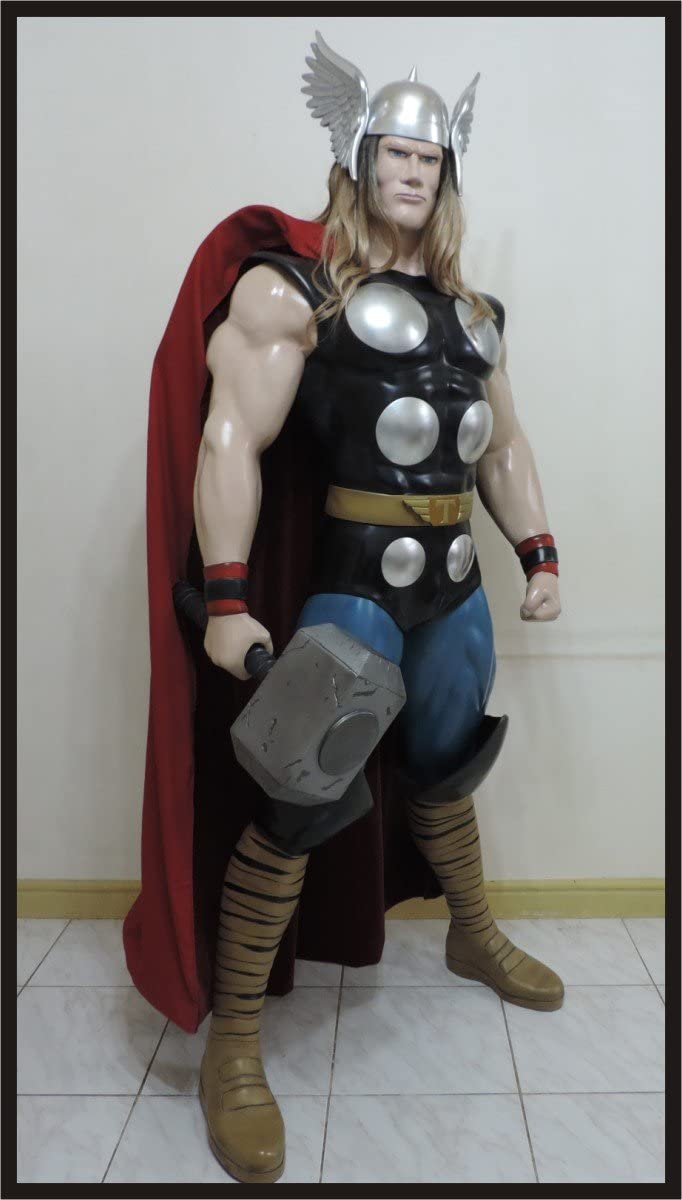 At top of list of Life-Size Superhero Statues is Thor. Thor with hammer is a name everybody knows. The powerful, the majestic, the invincible. Who wouldn’t want something like that? THOR’S COSTUMES AND HOBBIES on Amazon sell the life-size statue of Thor in black armor.  The statue is gorgeously sculpted and has intricate and accurate detailing that looks realistic. 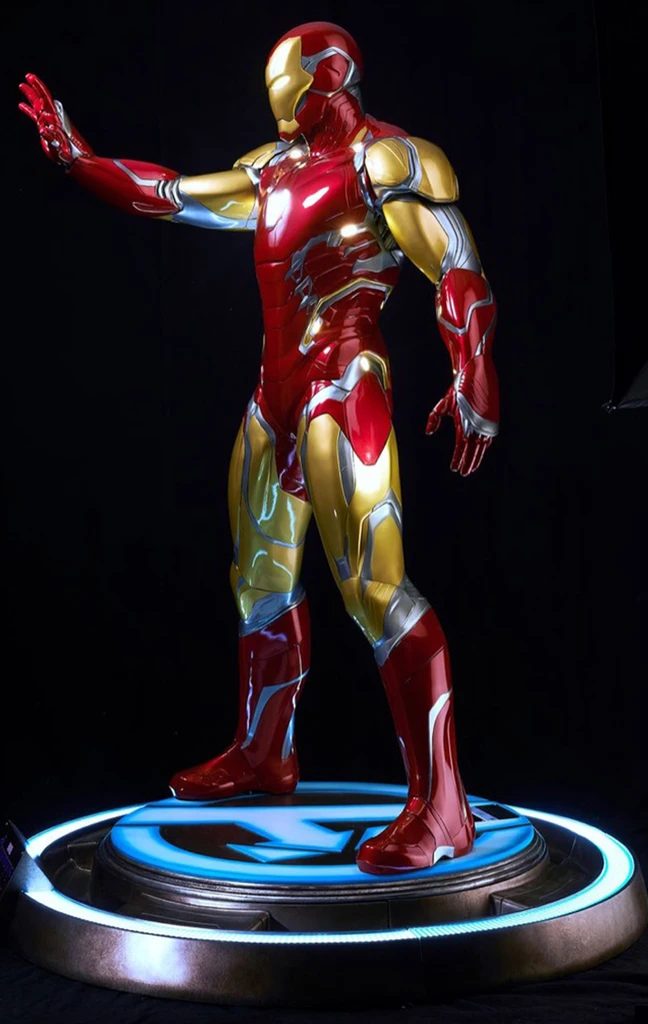 The mega-blockbuster movie- Avengers by Marvel is etched in the hearts and minds of everyone. Who doesn’t love Iron man? What if you could have a life-size statue by your side. Presenting the triumphant Mark LXXXV, the Iron man suit in the form of a statue. The material used to craft the statue is fiberglass/resin and the statue is set on a custom base that comes in either regular size or large size.

This suit is an exact replication of the movie. The suit radiates up in all the same places. Just like the invincible Iron man, the suit is functions with great robust technology and promises versatility and efficiency.

The design has been crafted by combining the mechanical armored concept with the muscle concept. Purchase this glorious Iron man and find Tony Stark around you always. 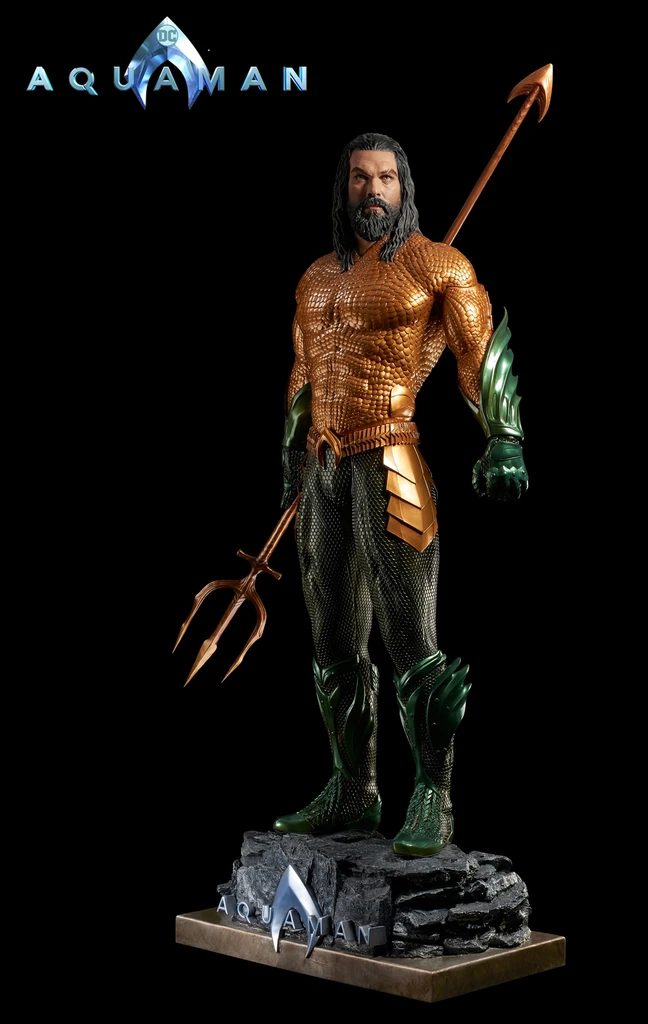 When talking about superheroes, how can we forget the beautiful Aquaman, portrayed by our very own Khal Drogo, Jason Momoa? Shining like a knight in his famed golden armor, Aquaman life-size statue looks marvelous. 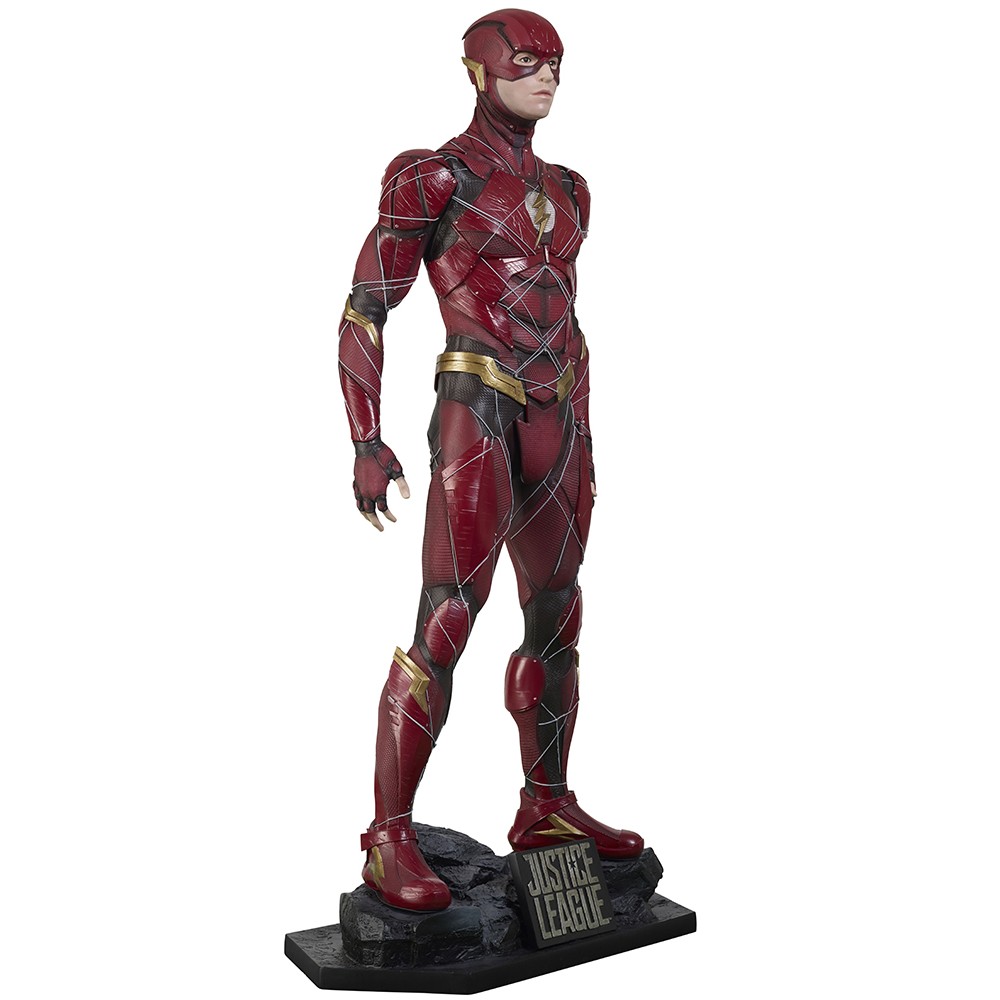 Movie Place shop brings to you the life-size statue of the fastest man alive from the Justice League movie – THE FLASH. The statue manufactured in high-quality resin and fiberglass resembles the latest Justice League member, as portrayed in the movie. The statue comes with a custom base that has the film’s logo inscribed on it.

Resistant to corrosion, the statue assures value for money. The detailing and airbrushing is at its finest, thus leaving anyone obsessed with the Justice league very pleased. What is beautiful about the place is that they take extra care in shipping the product. Packaged in 3 boxes, they ship the product with delicacy. 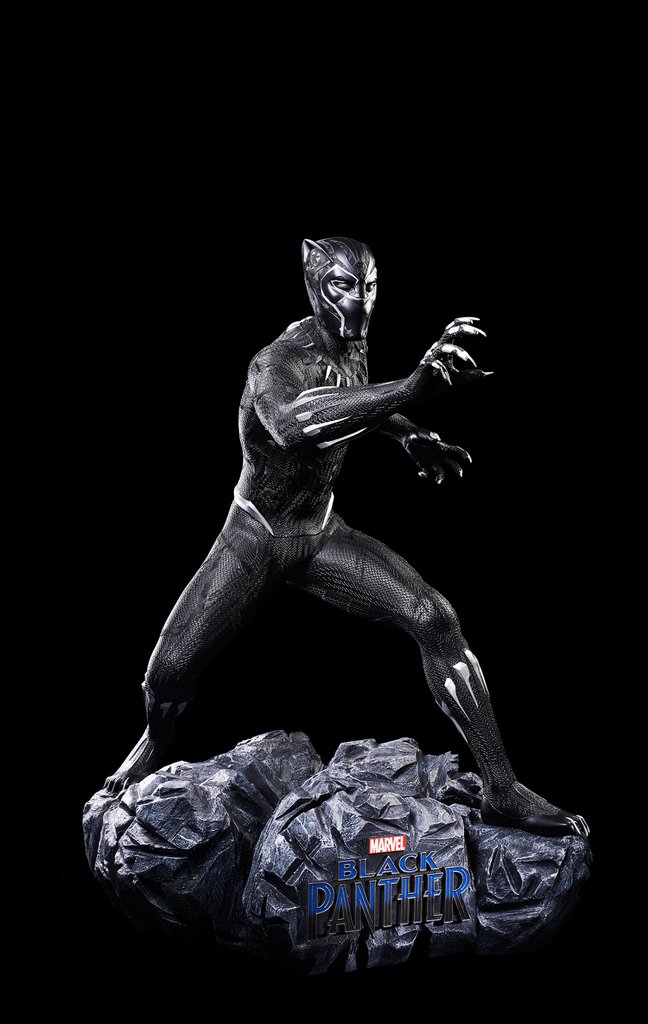 The populartity of Black Panther is reaseon that it is our list of Life-Size Superhero Statues. The tremendous success in Marvel’s yet another marvelous saga of superheroes comes the King of Wakanda, T’Chala, also famously known as THE BLACK PANTHER portrayed by the finest and most spectacular Chadwick Boseman. The hero and the movie has a phenomenal fan base and the success is uplifting as it celebrates diversity in cinema.

To memorialize and celebrate Chadwick’s greatest performance, we bring to you the life-size statue designed in beautiful details. The statue is made up of fiberglass and has a customer base that has the movie’s logo engraved on it. At times, when racism is still a reality, the statue is not just about celebrating the actor and the movie but also the very movement of black lives matter.

In our hearts, WAKANDA FOREVER!! 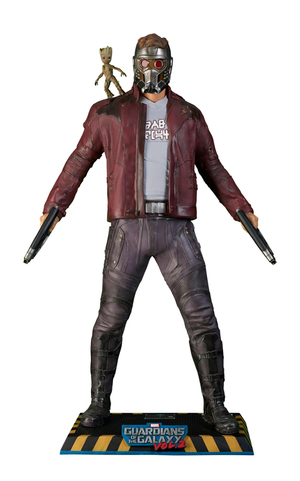 Being doomed in this time of the pandemic, Star-Lord is coming once again to save the galaxy in the form of a life-size statue. And he is not alone, he is accompanied by Baby Groot firmly attached to his mighty shoulder, along his side.

Manufactured in fiberglass and a themed base, the statue is 61/2 feet tall. The caps are removable and so can be easily washed. The eyes in the helmet shine bright and he holds his signature Quad-blasters. Very durable and tangible, the statue is a beauty to behold.

Captain America is here. Rubie’s costume company brings to you the coolest statue, resembling the marvelous Captain America. The statue is made up of fiberglass, set on a custom base with the name ‘captain America’ inscribed on it.

It is 8 Feet 9 Inches Tall and the statue can be seen holding a Shield. The statue is resistant to corrosion and has been granted a certificate of authenticity. 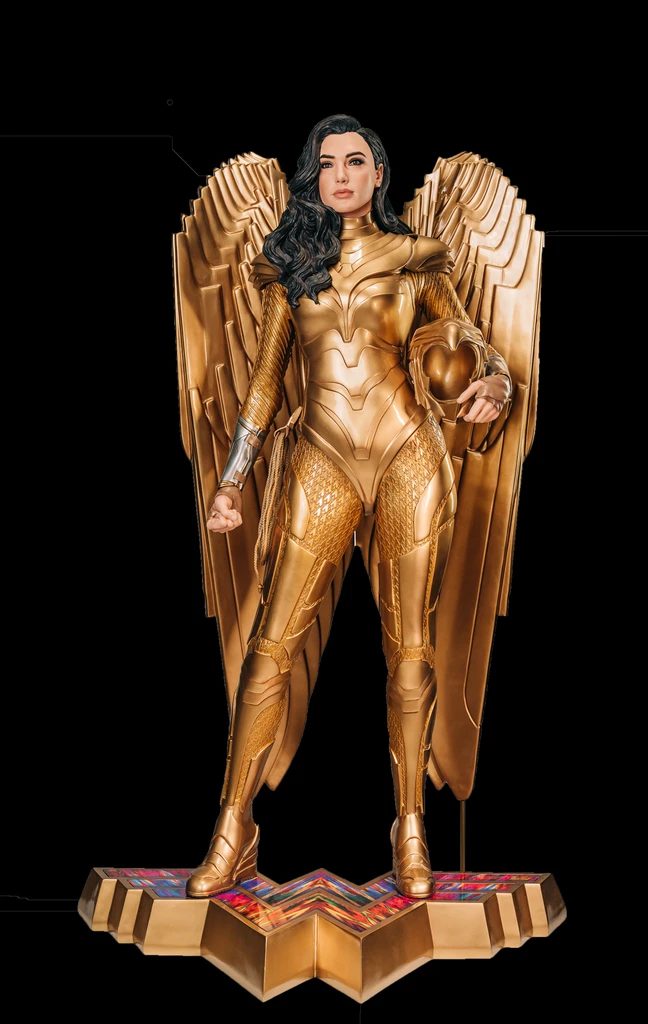 Why should men have all the fun of being a superhero!? The very powerful and magical – WONDER WOMAN, the Amazonian Princess of Themyscira. Radiating light and brightness in her new Golden Eagle Armour, the wonder woman’s life-size statue stands 6 ½ tall that is set on a custom base.

The statue was engraved out of 3D scans of the actress Gal Gadot and is a thoroughly excellently detailed & accurate imitation of the costume and the actress’s resemblance. A beauty to the eyes and a must-have for all the fans out there. 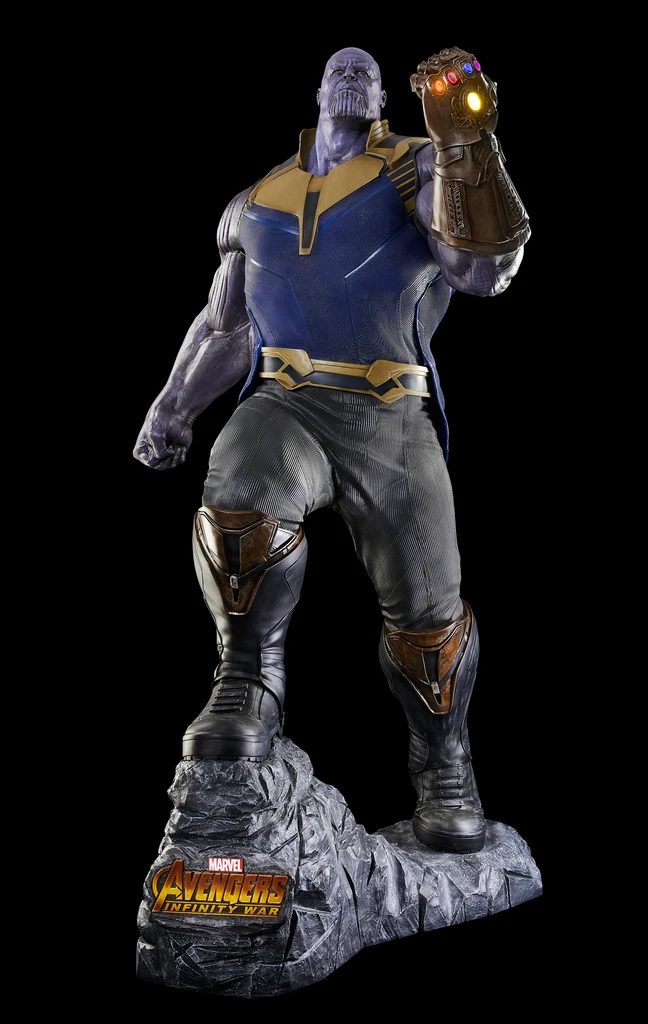 The magnanimous, the incredible, the all-majestic superhero movie of all time is worthy of an equally big – both, literally and metaphorically – villain. Presenting, the greatest, the Mad Titan, a.k.a. THANOS! Exceptionally acted by Josh Brolin, who compels the audience to loathe and feel empathy for him at the same time.

He is someone who can’t be ever forgotten. To celebrate his royalty, a statue that is fabricated from the actual 3D files meant for the purpose of the film’s production is made from fiberglass and consists of the character’s signature “Infinity Glove”, which consists of all 6 “Infinity Stones”, which lights up. Standing 9 ft tall, the statue also has a Custom base that has the film’s logo engraved. 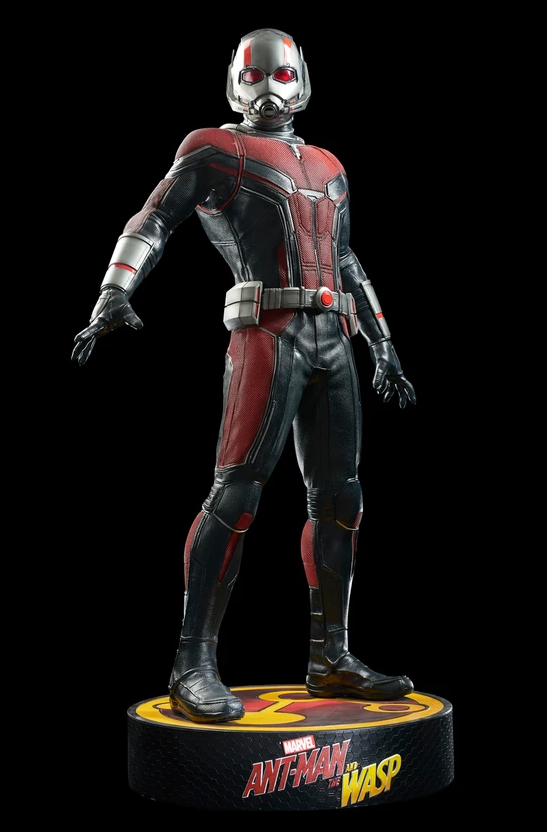 The successful blockbuster Ant-Man sequel is brought to life in the life-size statue that is the most perfect replica of the movie. The statue is made up of fiberglass and has a customized base with the label ‘ANT-MAN, THE WASP’.

In all its costumed glory, the statue is irresistible for the eyes of all the fans. The eyes in the helmet and the belt lights up just like the original film suit. It’s a must-have for all the fans.

So go on and grab the Life-Size Superhero Statues of your favorite superhero and show it to your loved ones. They are not just gorgeous and fascinating but also educate us. They teach us the virtues and signal that anybody can fight and protect their loved ones.

The larger message that they convey is as beautiful as the outward appearance of the statues. We all love superheroes and having a resemblance of it around is a joyous thing. So what are you waiting for? Go ahead, scroll the list and purchase your favorite superhero.