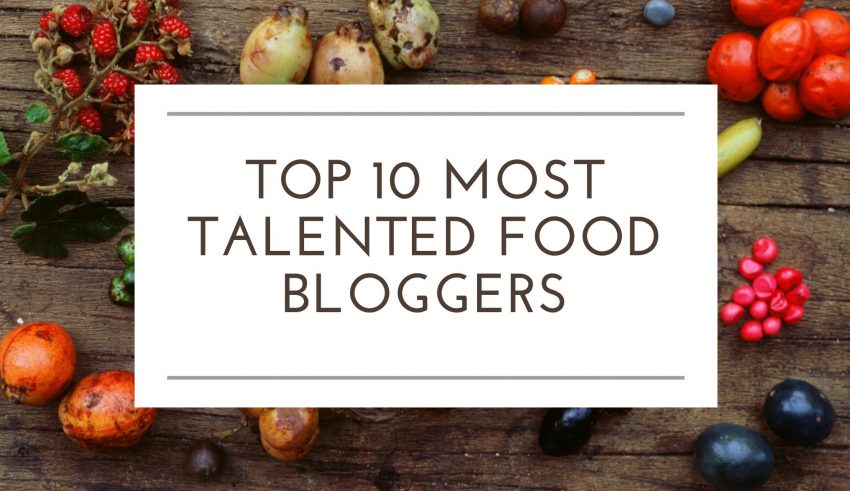 Running a food blog may sound like a good idea but it requires hard work, commitment, enthusiasm, and outstanding presentation to build a productive one. That’s why, while there are thousands of food forums, just a handful of the more popular food bloggers are getting huge clicks, brand deals, and a respectable profit.

Dedicated food bloggers are doing the rest of the world a huge favor in doing the hard work of brainstorming and testing recipes, and then posting the magnificent results and instructions for everyone else to borrow and benefit from (thus the lucrative sponsorships and book deals have landed lots of them).

Hunting for a perfect recipe from these bloggers on Google or Pinterest works well if you want dinner in an hour, but it’s always good to get their beautiful pictures and recipes scattered across your stream.

Food blogs reach into the thousands with everything to match any palate and there must be a strong voice guiding the web for a food blog to be popular and stand out.

Here’s A List Of Some Of The Most Popular Us-focused Food Blogs:

Brandon Matzek is fond of testing himself in the kitchen and wants to help other home cooks do the same in their search, so he launched Kitchen Konfidence. Growing up in New Jersey in an Italian-Eastern European household, Brandon was confident making tasty meals for his children.

Nevertheless, after he relocated to San Diego, the culinary universe of Brandon opened up yet further with inspiration sought all over him, like the area’s seasonal riches coupled with the diverse cultural neighborhoods.

Aside from a vast range of recipes and cocktails, many of which are brilliantly caught on video, Brandon’s blog often frequently chronicles his journeys.

Smitten Kitchen is one of today’s most famous food blogs, with over 800 recipes covering a variety of cuisines. Showing that no matter how big a kitchen is, hers is 42 sq. Ft., anybody can create a wonderful dinner, the imaginative lady behind this blog is Deb Perelman.

In an attempt to create meals without the use of ‘pretentious ingredients,’ Deb aims to make the recipes usable and utilizing easily available ingredients.

She not only has sweet and savory recipes but also has several blog videos for those cooks who might not be familiar with those techniques. Deb also published a cookbook, The Smitten Kitchen.

Betty Liu, who decided to capture her culinary adventures, created le jus d’orange, a beautifully stunning blog (she is also a talented photographer in Boston) showcasing a number of Chinese recipes along with other delights.

Betty’s mother, who grew up in California, always squeezed fresh orange juice for her, and thus the term. Inspired by her roots, Betty shares a range of recipes from her mother’s traditional Shanghai dishes to inventive dishes that may or can not include ingredients usually used in Asian cuisine.

Her site, full of exclusive flavors, should encourage everyone who wants to create authentic Chinese food and other innovative dishes.

He is a named finalist in the Saveur Blog Awards Best New Voice group, Chocolate and Marrow is a fantastic food site highlighting Brooke Bass’s vast range of decadent recipes.

Starting her blog in early 2014, Brooke’s motivation stems from New Orleans, her birthplace, the cuisine of her Cajun grandma, her journeys across the Pacific Northwest abundance, while she currently resides in Portland.

There’s plenty for everybody on this delightfully written and delicious page, from seasonal meals to Southern comfort food to brunch pieces to vegetarian fare to luscious desserts.

The imaginative force behind Spoontang Kitchen is Erin Neil. One day, a year ago, Erin wanted to quit her office job behind with her Michigan hometown and pursue her dream straight to New York.

She soon applied and enrolled in NYC’s culinary school, establishing a food blog to give readers a taste into her daily life as a culinary student, complete with tasty recipes. Erin’s posts also feature a variety of techniques that will help them recreate their dishes or inspire them to try their own.

Pinch of Yum was once a hobby and now a full-time job, and is a very successful blog run by wife-husband duo Lindsay and Bjork Ostrom. Although Bjork takes charge of many of the blog’s technological and revenue elements, Lindsay reads, prepares, and takes photos of many of the tasty food followers that can be contained in several blogs.

Located in Minnesota, Lindsay is a self-educated chef who seeks joy in seasonal products and many other locations from friends and family to restaurants. Pinch of Yum is brimming with a plethora of recipes for all, and they sell a range of ebooks like cookbooks.

Erika Council has always had a passion for food, discovering how to make cookies at the age of four. Growing up in North Carolina and living in Atlanta, Georgia, in Louisiana with a couple of years in between, she developed her site, Southern Soufflé, to share her recipes with the public.

Named after her college title, Erika’s blog is brimming with soothing, home-style Southern cooking because she was used to preparing meals out of her dorm space. Not only can readers consider popular recipes but new dishes with a modern twist.

Jodi Moreno produced What’s Cooking Good Looking, with a goal to include a range of nutritious and tasty recipes and an emphasis on whole natural products and great health benefits.

A natural food chef and finalist for the Saveur Most Delicious Food prize, Jodi has a passion for creating vegetables, all of which come from her own backyard.

Her cooking page includes lots of delicious vegetarians, dairy, and gluten-free recipes. She has a history in photography with her lovely blogging, flavourful recipes, and beautiful images, Jodi is one of the food bloggers you can track.

Related: How to Start a Food Truck Business?

Molly Yeh (My name is yeh) 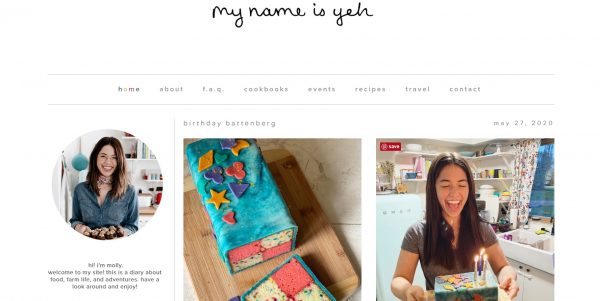 Blogging since 2009, Molly Yeh’s “My name is yeh”, is a wonderful blog where readers are treated with not only Molly’s friendly personality but also an abundance of innovative sweet and savory recipes influenced by her Jewish and Asian roots.

Molly, now living in North Dakota, is also encouraging readers to learn about her life on a farm, a major shift from growing up in Chicago and settling in NYC, along with her husband and her travel stories.

Molly has inspired all these things and places over the years, and her unique blog, which will inspire many, has earned her the coveted Saveur Blog of the Year award. 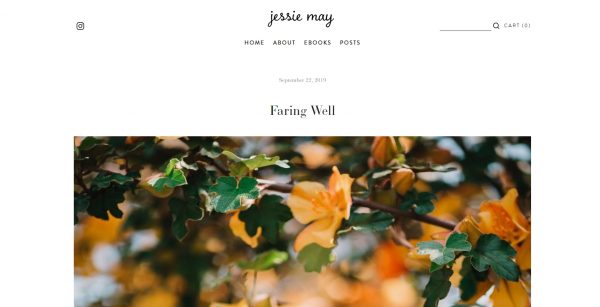 Jessie Snyder, a terrific food blogger now based in Southern California, won the Editor’s Choice for Best New Voice and thus captured the attention of the editors of Saveur Magazine.

Although this isn’t her first foray in the blogging community, in November 2014 Jessie launched Faring Well, and she’s got quite the following foodies who want to replicate her tasty vegan recipes.

In both sweet and savory recipes featured on her page, all of which include sustainable and non-GMO ingredients, Jessie’s dishes can please anyone’s taste buds from vegans and others that choose to enjoy lunch here and there without animal products.

Food is no longer all the things you consume for life, it’s craft today. Food stylists, chefs, food bloggers, food photographers are all artists who are skilled in making the heavenly dishes melt our hearts. Hope you all love the foodies out there, and benefit as much as I did from these posts.

Despite your best efforts for a night of sound sleep, there lies one crucial factor that m…