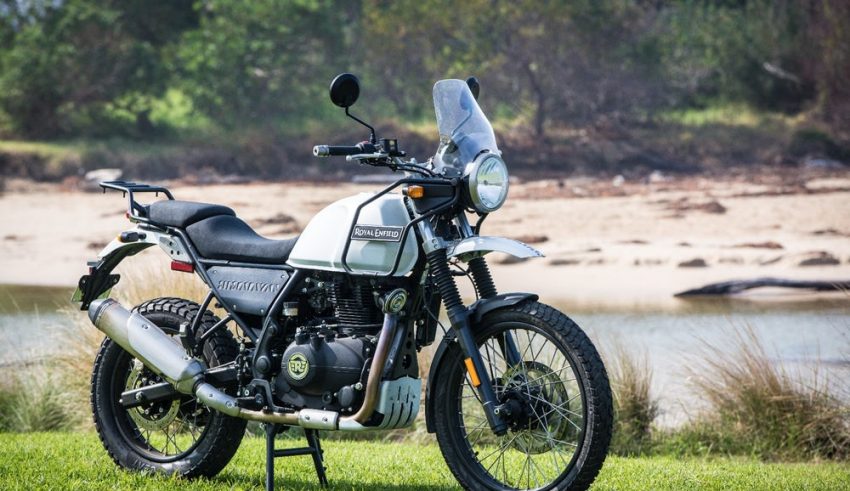 Royal Enfield is a name etched not only in the hearts of many, but it’s the stuff dreams are made of. From a young age the sound of an Enfield making a turn into your street would cause a fluttering of the heart and feeling words fail to express. Now with the advent of love for off-roading and wanderlust in the breeze, Royal Enfield aims to catch hold of that emotion with the Himalayan. Built completely differently than traditional Enfields, the Himalayan is a new package from Royal Enfield, its first adventure tourer. Will it make the cut?

The Royal Enfield is a traditional brand, and aside from all the hype, the riders who have been following it throughout its Indian odyssey will surely know there are some aspects of it that are a letdown. The overheating of engines to the inadequacy of brakes, at times constantly haunt Royal Enfields.

The Himalayan gives off a very unfinished vibe on first look, with an exoskeleton like body, large empty spaces and minimal design. But on closer examination and further experience, one cannot help but fall in love with it. With large gaps in the front to give a smoother off-roading experience along with bar structures to help carry luggage, Himalayan gives new flavor to the word Adventure tourer. 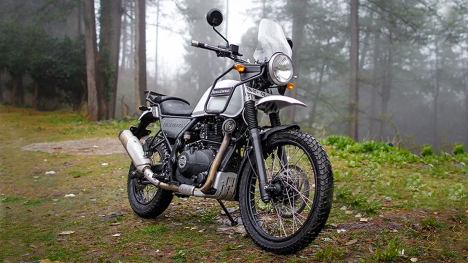 The rerelease of the Himalayan due to many servicing and engine errors brought in changes in the fuel injection and better-quality promises. The engine is a Single Cylinder, 4 stroke, Air cooled, SOHC, Fuel Injection known as LS410 which provides low torque for the regular traffic yet manages to give the high powers required to traverse rough roads. The chassis is light and gives a more controllable feel to the bike and is a comfort for beginners as well. The seat positioning provides for a comfortable posture ride which having indents for the knees so that for the occasional standing run, the riders comfort is again kept premium.

The wide placed handlebars also play a role in the comfort offered by the Himalayan. The front console is digitalized with a compass along with it. The compass may seem hard to understand at first, but its another point for the core-customers, the adventure lovers. Its ability to traverse most terrains easily because of its structure and dirt-bike framework as well as power really does set it apart from the other Royal Enfields as well as keeps it at a leel of its own among adventure tourers.

The official video and a video review

The reviews for the Himalayan are completely positive, with people going gag over its lightness yet powerfulcomposure. The big framework seems to look intimidating but actually easygoing on shorter riders. Test driving it only confirms the customers path towards the Himalayan rather than pulling them away. Rare cases do seem to pop up with faults recurring in different parts, but the inconsistency of the complaints and the unlocalised areaof error, they can surely be considered rare manufacturing defects. Customers do get service apparently for whatever issue that rises from the same and hence do not feel at a loss.

Though not the commonest of Enfields, the Himalayan is available in most of the showrooms and oncoming in others. The tourer is of course the only of its kind released by Royal Enfield and the parts need to be circulated further on.

The Himalayan came into the market with a customer group in mind, the travel lovers among us. Some of the premium 2-wheelers catering to their needs were the Kawasaki Versys-X 300 and theMultistrada. Needless to say, the sales speak volumes and customers flock to the Himalayan because of its affordability (comparatively) and its huge array of features. Admittedly the competition is less, but to compete with the Himalayan would itself be considered a challenge. But the Himalayan is not the kind of bike for sure that is to be covered up for the rest of the days and taken only for rides. With similar positives for regular use on tarmac, the Himalayan is literally as Royal Enfield promises, “the only motorcycle you will ever need”