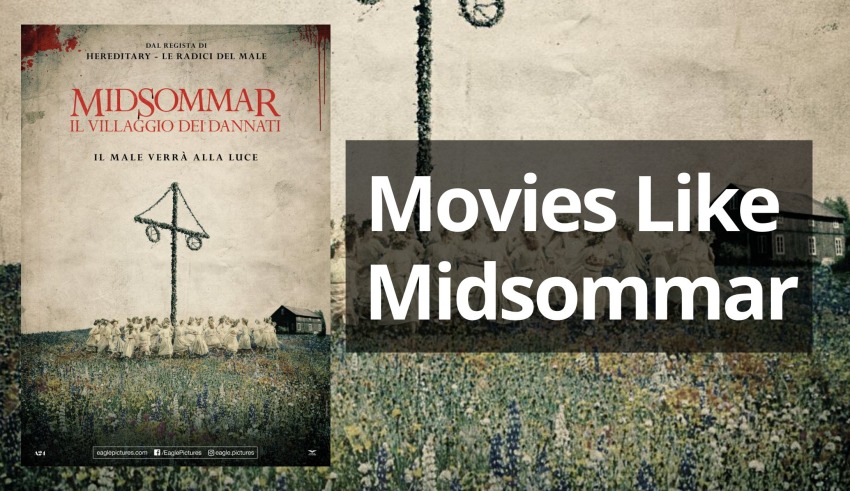 Midsommar is a movie that is based on a very different concept as compared to the classically mainstream movies. Midsommar, unlike other movies you may have watched is gruesome and hence is perfect for people who like the dark essence of a movie. This movie revolves around a couple who travel to Sweden to visit a friend’s rural festival in the midsummer season.

However, the movie uncovers a lot of bizarre and brutal acts performed by a pagan cult, which leads to the death of many people involved. However, this is where it gets interesting. If you want to watch more such dark movies with a genuine plot, then you’re at the perfect place. Today we are going to discuss the ten best movies like Midsommar, so buckle up and get ready. 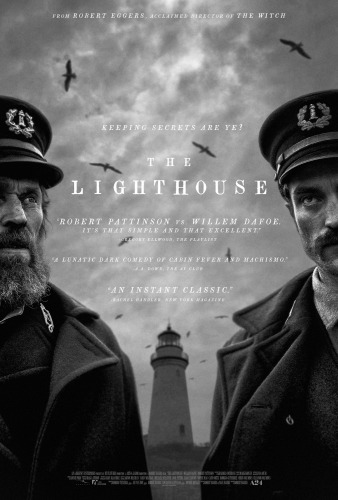 This movie revolves around two lighthouse keepers, one of which is young and arrogant and the other is a toughened veteran. However, the movie takes a turn when these two are stuck amidst a storm which reveals the true nature of how bad things can be. Both of these lighthouse keepers have o survive, which is what takes them to their breaking point and reveals what they are. This movie is a fantastic one to watch if you’re into thrillers. Even if you arent’s we highly recommend trying this movie out once, and we’re sure you won’t be disappointed. 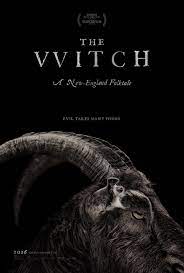 The next movie on this list is a wonderful piece of content that has been up since 2015. If you haven’t watched this, there is no way you can call yourself, devoted to the category. However, for the ones who haven’t. You’re in for a treat. This movie is the pinnacle of craftsmanship when it comes to making movies and hence is a must-watch if you’re into such movies in the first palace.

The witch revolves around a family who has to face their sins, witchcraft, and magic in the wilderness of their devout Christian household. This series of incidents is supposedly from the 17th century and hence is also a niche in that way. Anyhow, this movie is more on the horror side of things but is a masterpiece nonetheless. If you liked Midsommar, then the witch is the perfect movie to put on your watchlist next. It is equally entertaining and exceptionally well directed.

A cure for wellness 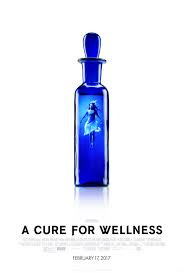 A cure for illness is a blockbuster from gore Verbinski. This psychological thriller will keep you on the edge of your seats the entire time and hence is the perfect movie to watch if you just finished watching  movies like Midsommar. A cure for wellness is a movie that revolves around a stockbroker who travels to this vague wellness center to retrieve the CEO of his company. The latter being diagnosed with some illness has been kept in the center for too long and hence it’s time for him to come back. However, on visiting that idyllic wellness center, he starts to question his sanity.

The protagonist feels as if he is diagnosed with the same curious illness that has kept all the other patients in there for so long. However, this movie does not have a paranormal or supernatural angle to it but is a great psychological thriller of the time. A cure for wellness is a movie that we highly recommend you to watch. And specifically, if you have liked Midsommar, then you’re definitely in for a treat. 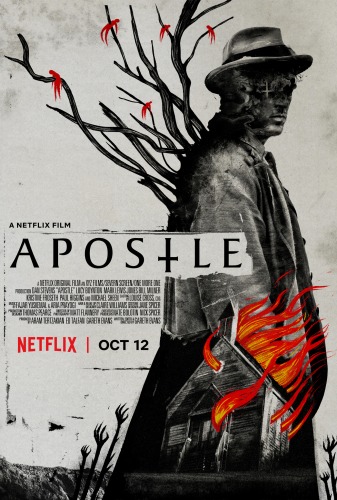 Apostle is yet another psychological thriller that we have on this lit. for people who can’t get enough of religious cult movies, the apostle is a great one to watch. The movie revolves around this traveler, back in 1905, whose sister has been kidnapped by a cult and is being held hostage on an island. In an attempt t save his sister, he also gets stuck amongst the cult and the cult has no intentions of letting them go.

However, this movie gets sinister and disturbing as it progresses and hence is perfect for anyone who liked Midsommar. It may not be as disturbing as the former but is in no way less entertaining. Apostle is a movie that everyone should watch. However, as far as the plot is concerned, the apostle has done a great job at bringing the story to life. If you’re new to the psychological thriller section, then apostle is the perfect pick for you. 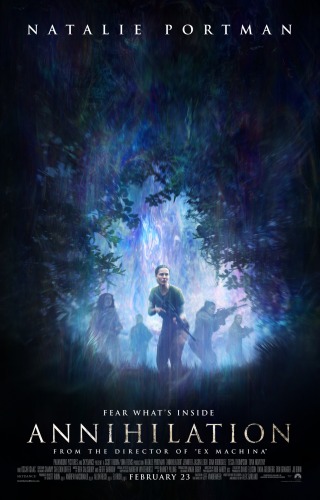 Now, this movie is more leaning towards the people who love both science fiction and thrillers. If you are one of those, then this movie is going to be a treat for you. Annihilation is a movie that revolves around an ex-soldier and a biologist who takes a team into the highly classified place called area X. where her husband died. However, to investigate she has to go through this piece of land, where laws of nature cease to exist.

A completely alien terrain and twisted landscapes are as good a nightmare and eye candy. However, they have to stop this plague from ruining their lives and destroying the American homeland. Shot on the coastline, this movie has great visuals, VFX, and a great story underneath it all. If you’re into movies that have an element of both the haunting and the bright side, then annihilation is the perfect movie for you. If you liked Midsommar, you should add this movie to your watch list next. 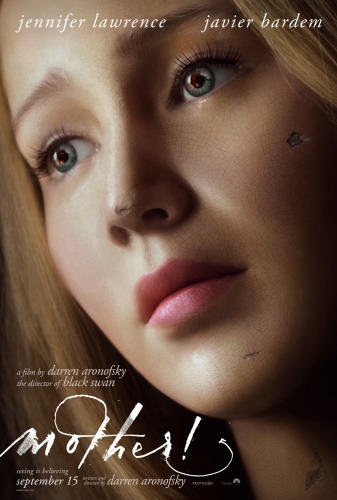 This next movie is as confusing as horrifying it is. This is a movie that revolves around a couple who are living the American dream and leading a peaceful life. However, it turns out that all of this was just the quiet before the storm as two unexpected guests arrive at their humble abode. These strangers make themselves at home and Jennifer Lawrence, the protagonist in this movie, has to welcome them as her husband is fully accepting.

However, things turn sinister and horrifying as the movie continues and makes our very favorite Jlaw deliver one of her finest performances. Mother is a movie that will leave you completely twisted and confused. Equally entertaining as Midsommar, the mother is a movie that we know you won’t be able to let go of. If you’re looking for one of the finest psychological thrillers of all time, then the mother is the movie we recommend.

The killing of a sacred deer 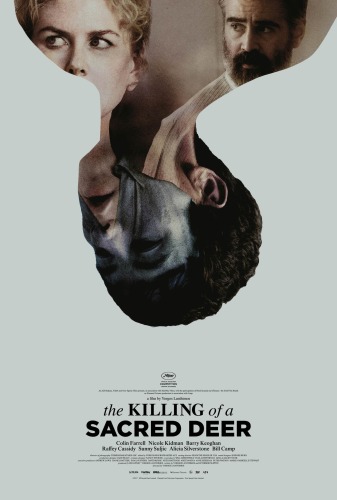 This movie is one of the best psychological thrillers there is and hence is included in this list. This movie can match Midsommar’s disturbingly great visuals and is hence one of the movies we highly recommend. The killing of a sacred deer is a movie that revolves around a renowned surgeon and his family. This starts when a fatherless teen is trying to insert himself deeper into the doctor’s family in unsettling ways.

Each time the way becomes unsettling than the last and hence reaches the disturbingly eerie level. The killing of a sacred deer will have you on the edge of your seats all the time and hence is the perfect movie to watch after Midsommar. This movie stars Nicole Kidman and Colin Farrell in an interesting set of roles, which is what adds another layer of greatness to this movie. If you’re fond of psychological thrillers then, the killing of a sacred deer is the movie you’d like to watch. 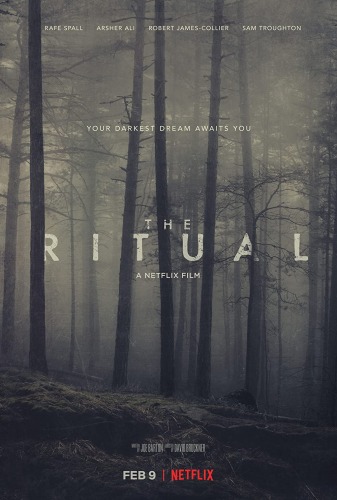 This movie is yet another classic in the realm of psychological thrillers. The ritual is a movie that is based on four friends that reunite after the death of their friend and decide to hike the Scandinavian ridges. However, after a wrong turn, they lead themselves into the mystical forests, where according to a Norse legend awaits an evil at every step of their way.

However, if they can make it out of the forest without a scratch on their body is something that you would like to witness. If you’re interested, you would have to watch the movie. However, what we guarantee is a great turn of events and the perfect storyline to treat your eyes and mind. The ritual is a great movie that we highly suggest you watch. 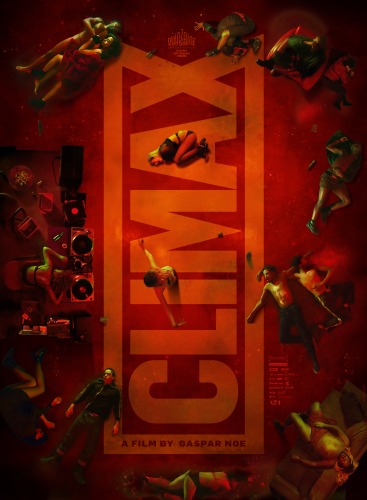 The next movie on the list is the perfect movie to watch if you have recently finished watching Midsommar. Just like the former, this movie has a great storyline and a very mysteriously hallucinating plot. The movie revolves around a group of dancers who gather in an abandoned building to rehearse, but little did they know that this evening is not going to be like any other they have.

After being drugged with LSD, the entire crew experiences hallucinations and makes this movie a case of mass hysteria. However, there are sinister things at play here, which makes people regret being there in the first place. Released in 2018, this psychological thriller is a great one to watch, if you haven’t already. If you liked Midsommar, then this movie is the perfect next binge. 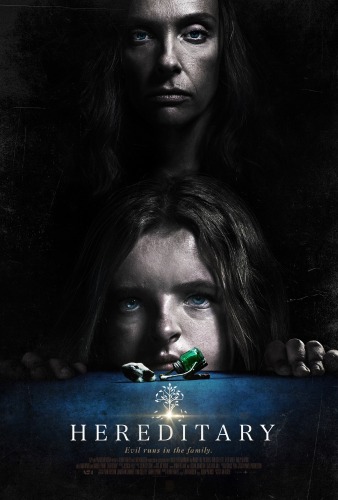 Last but not least, hereditary is yet another classical hit from ari arister. This movie involves the elements of both horror and thriller, definitely leaning in on the more horror side. The movie revolves around a family, where the grandmother has died and has left a lot of horrors for the entire family.

After her death, a lot of bad and sinister things happen to the family, which makes you question your reality and hence is a perfect movie in the manner. If you’re in love with Midsommar, then hereditary is right up your alley and we’re sure you’ll enjoy it too.

The ten movies mentioned above are the best to watch next if you liked Midsommar and hence are the ones we highly suggest you watch. We’re sure you will find something to your likeness in the list given above. Till then, keep scrolling!