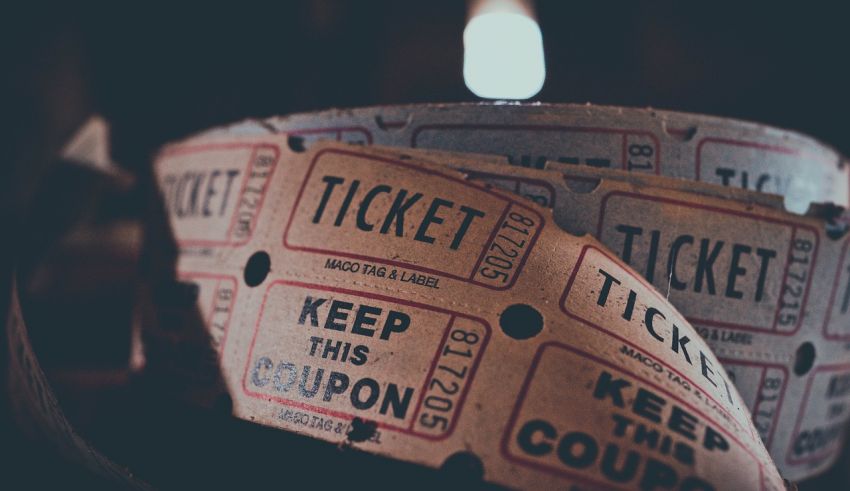 Bollywood has proliferated across the globe with its back to back blockbusters rolling out every once. The Indian film industry currently stands to be an indispensable financial powerhouse of the global film fraternity. Number games may appear nominal as compared to its Hollywood counterparts but reality reflects on the lower budget and higher profit margins of the Indian film industry. Keep reading to explore 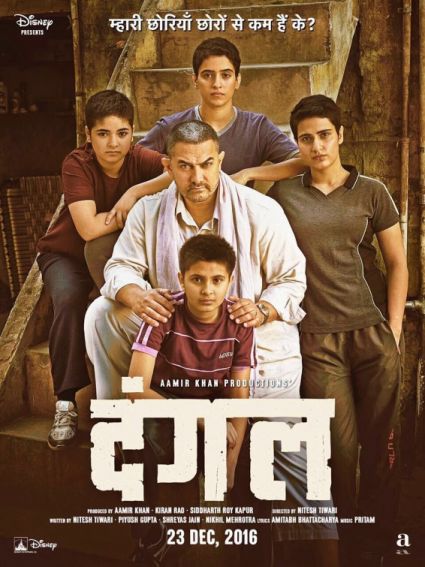 An immaculately crafted motion picture revolving around the lives of its three protagonists. This movie rediscovers the true values of sportsmanship and patriotism besides the unfolding tale of a father’s emotional journey towards his daughter’s glory.

Excelling with $330 million worldwide box office collection, Dangal was the fourth highest grosser of 2017 for Walt Disney Studios following Beauty And The Beast, Guardians of the Galaxy Vol 2 and Pirates Of The Caribbean 5. 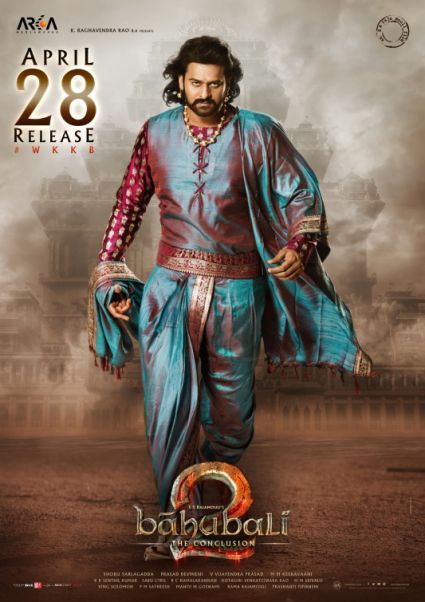 This piece of cinematic masterpiece stands to be the second and ultimate installment of  S.S. Rajamouli’s hit Indian fantasy feature film. Crafted with a budget of $40 million this movie prevailed to be the most expensive Indian fantasy drama ever made. The feature film accrued $260 millionglobally.

Next Sequal: Baahubali 2 – The Conclusion 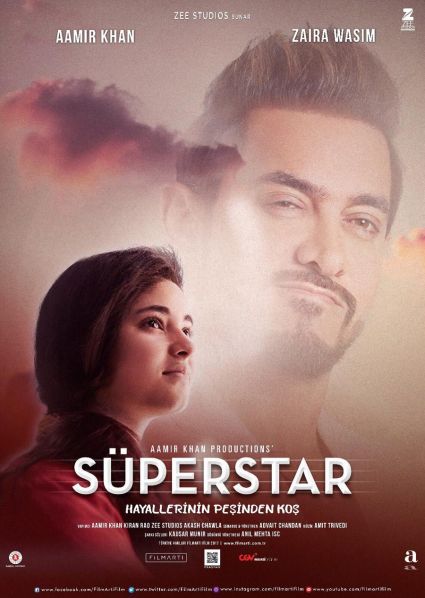 An endearing feature film revolving around a young Muslim girl who aspires to become a singing sensation one day against the will of an abusive and orthodox father, with social media on her side, she sets on her journey to become a peerless voice of the country.

Witnessing a worldwide collection of  $150 million, this movie has broken a lot of stereotypes regarding gender roles in the society. Besides the phenomenal global success, this masterpiece has managed to rake a whopping $190 million in the country. 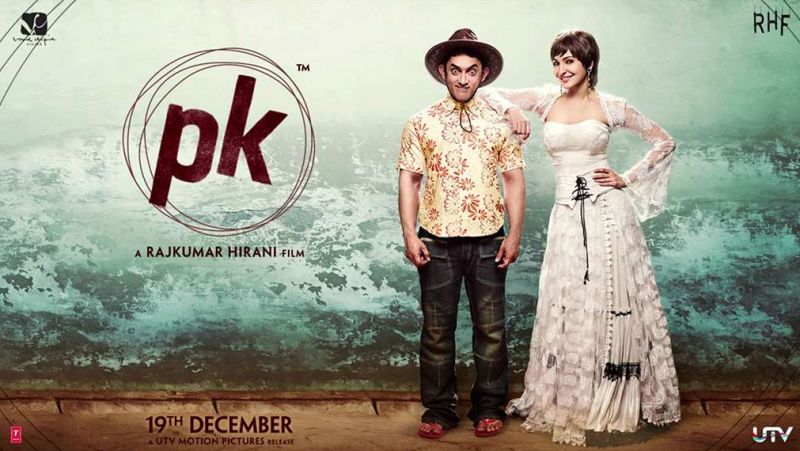 A satirical comedy aimed at the atrocities of religious beliefs mushrooming around every corner of the nation. The movie raises important questions about corruptgodmen and hypocrisy lurking everywhere without hurting religious sentiments. This film achieved the novelty of earning $100 million in global box office sales and collecting a whopping $140 million altogether. 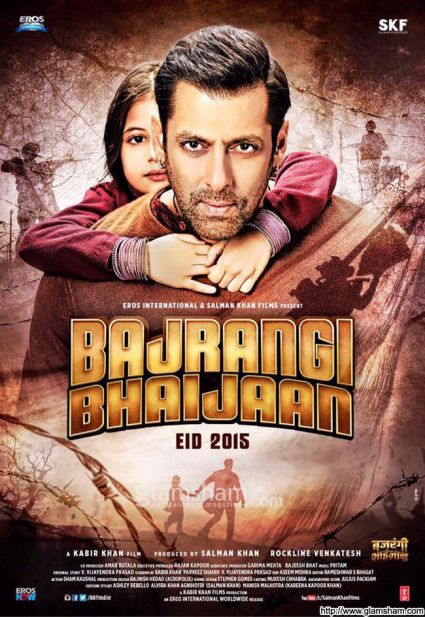 An account of a Hindu devotee set on an unexpected and dreaded journey to Pakistan. The act of kindness to help Shahida, a speech impaired child separated from her parents to return home.

This heart touching tale was hailed by the audience and critics alike for spreading the message of peace and brotherhood between the two neighboring nations. The international box office collection stands at $137 million for this movie. 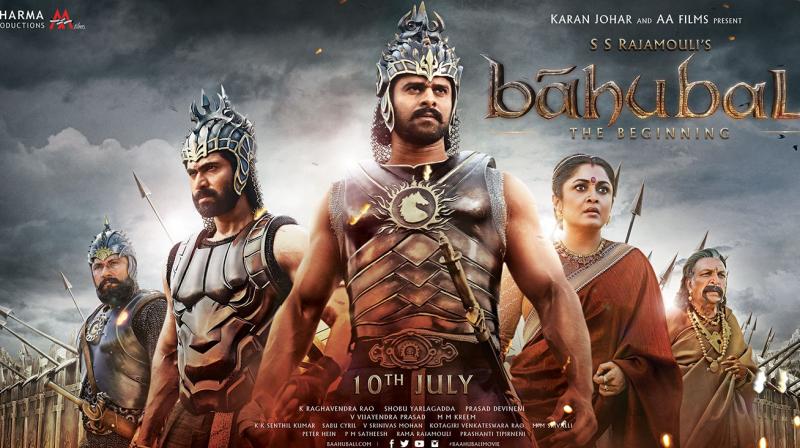 This spectacular extravaganza had managed to cast spell on its audiences. This particular genre remains to be a favorite among the Hollywood cult movies but it was the first movie to capture its true essence and magnificence. The film shook Bollywood with its whopping $100 million net collections. 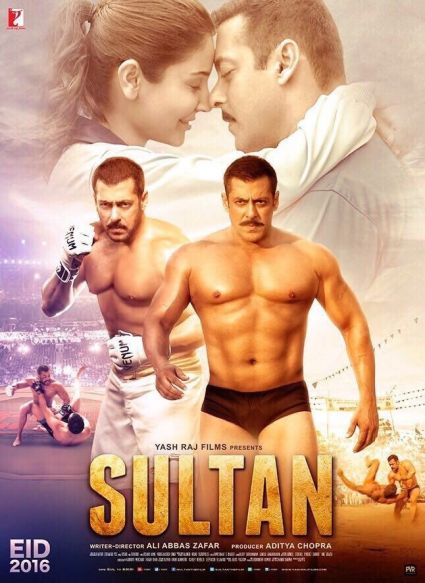 The storyline revolves around the life of an unprofessional lad who eventually falls in love with a professional wrestler. The lad then sets upon a journey to prove his mettle to the love of his life. A complete soul-stirring movie studded with stellar performances by its star cast.

This bankable movie proved its mettle by settling for a whopping  $90 million box office collection, proving to be one of the biggest hits of the year. 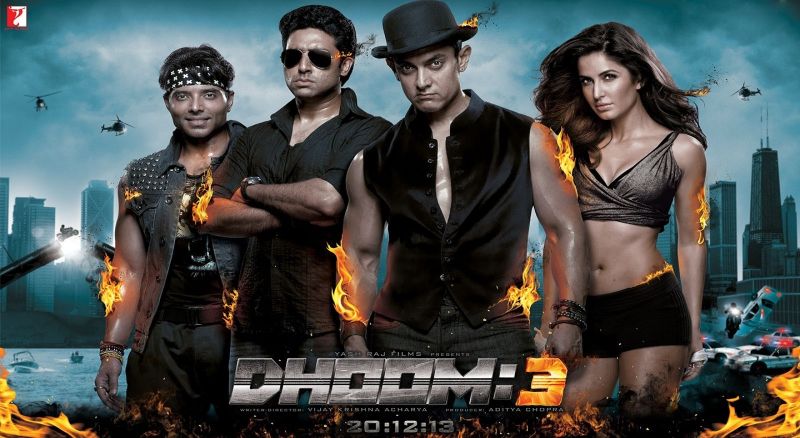 Dhoom 3 is the third and latest installment of the Dhoomfranchise. This action thriller has the most charismatic villain who deploys the most intricate techniques to rob the banks of its riches and disappears without a trace.

Personal agendas play a significant role in molding the plot and imprinting twist to keep the audience engaged in the fast-paced thriller. Bagging a sum of $90 million at the box office, this movie remains to hold its position as a people’s popular choice cinema.

This magnum-opus by Bhansali was by far the most controversial movie of the years opening season. The long-awaited movie was an artistic marvel and a visual splendor splashing colors on the screen just like a piece of canvas.

The fable captured the essence of the Indian royalty, national pride and victory in the time of the greatest loss. The prowess of the plot and the stellar performances of its starlit star cast came together to deliver one of the greatest hits of the year. This movie settled for a total sum of $90 million at the box office. 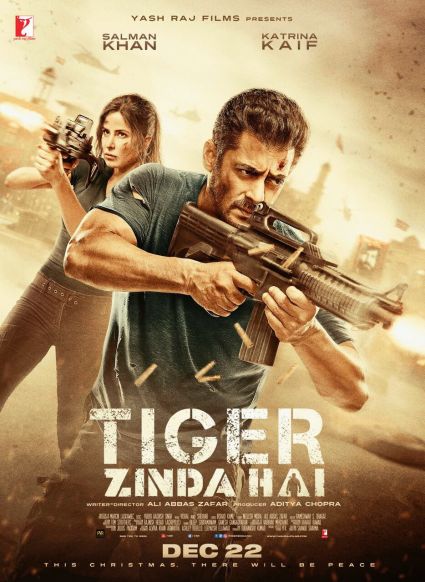 One of the greatest spy thrillers of its time, this movie is the second installment of the tiger series. An Indian spy works together with a Pakistani spy to rescue the nurses held captive by the terrorists.

This movie is a sincere, energizing and fresh approach towards spy thrillers with a riveting plotline. Engaging and convincing performances coupled with the powerful storyline creates magic on the screen and the box office alike. This movie managed to rake a whopping  $87 million at the box office.