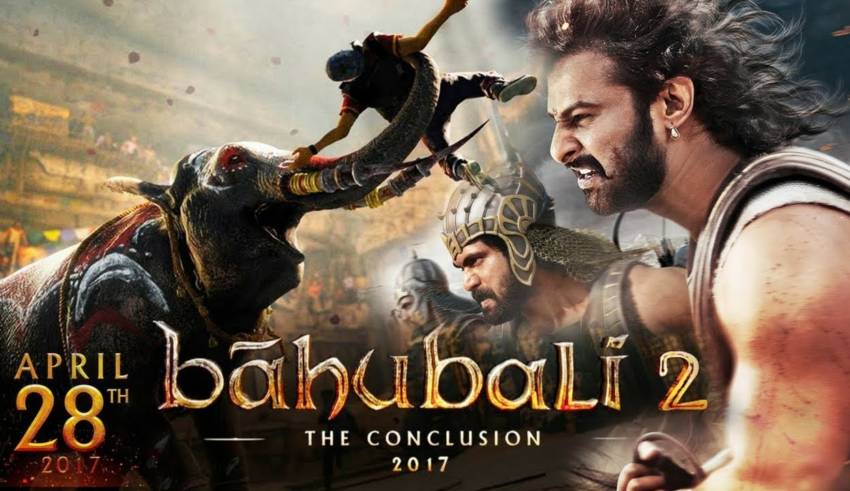 The Indian movie Baahubali 2: The Conclusion has created records around the world with its collection figures. In just the first 10 day after its release, the movie has grossed over ₹1000 crores at box offices worldwide and made the country proud. As of today, the collection figures for the SS Rajamouli-directed film stand at ₹1177.4 crores and those for the Hindi version are ₹385 crores.

The following is a breakdown of the collection figures for Baahubali 2: The Conclusion


Baahubali 2: The Conclusion is the 2nd installment in the magnum opus series that has been made simultaneously in Tamil as well as Telegu. These collection figures are much higher than even the 1st part called Baahubali: The Beginning which earned about ₹650 crores at box offices worldwide after its release in July 2015.

The Baahubali series is set in the kingdom of Mahishmati and revolves around the story of a warrior. Starring Prabhas, Rana Daggubati, Anushka Shetty and Tamannaah, the movie is a magnum opus filled with a plethora of special effects, superb action sequences and opulent costumes. It is also the first Telegu film to be released in the 4K high definition format.

The film has created waves in India as well as overseas since its release. Moreover, it has also secured glowing reviews from film critics across the globe. In fact, critics from most media outlets across the world have given the movie around 4 stars out of 5.

The resounding and record-breaking success of Baahubali 2 in just 2 weeks is a matter of pride for Indian cinema. The special effects used in the movie are world-class and it is thrilling to see that the world is taking note of a movie that is rooted in Indian culture.

We are confident that the collection figures for Baahubali 2: The Conclusion are set to increase in the coming days. Do stay tuned to this page as we will keep you updated about the latest box office earnings for this movie.

25 Upcoming Bollywood Movies (2020) You Should Watch for Sure