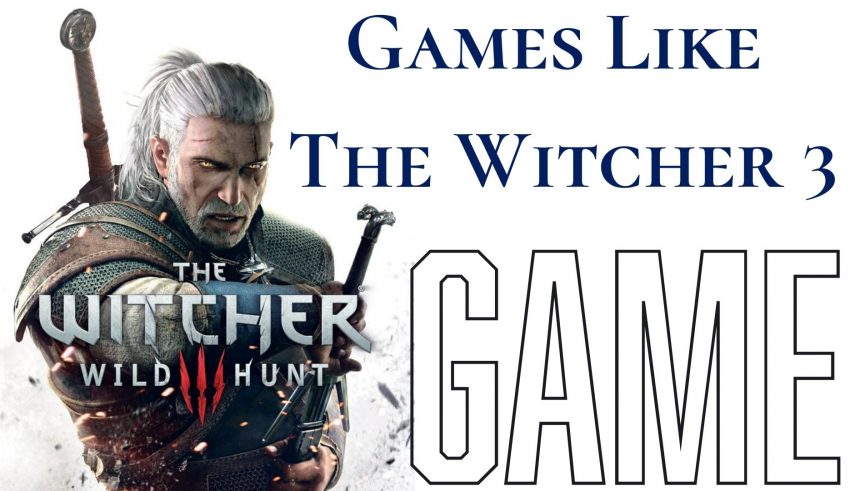 The Witcher series is no doubt, one of the most popular gaming series amongst gamers. Gams under this title are considered some of the finest pieces of fantasy-based action-adventure role-playing video games.

Its popularity has only increased with the release of the web series this year, based on the game and novel that inspired the game. The stories of the games tale place inside of a fictional medieval world and follow the main character of an anti-hero called Geralt Of Rivia.

Geralt is a Witcher, a name given to monster-hunting beings that possess supernatural powers. The first game was released in 2007 and is often considered as one of the best video games of time which led to two sequels.

The sequel, The Witcher 2: Assassins Of Kings was released in 2011 for Microsoft Windows, Xbox 360, OS X and Linux. The sequel was a commercial and critical success as well selling over 1.7 million copies. In 2015, a third game The Witcher 3: Wild Hunt was released.

The Witcher 3 follows the same protagonist Geralt Of Rivia in the pursuit of the search for his daughter that is being held by an evil cult named The Wild Hunt. Geralt Of Rivia battles through a magical path of danger and fantasy to protect his daughter from these otherworldly forces.

The game is set in an open world which can unlimitedly be explored as well as doing side quests. The game has received universal critical acclaim and is considered one of the best games ever made.

Here are some games that will not let you miss The Witcher 3 once you finish it. 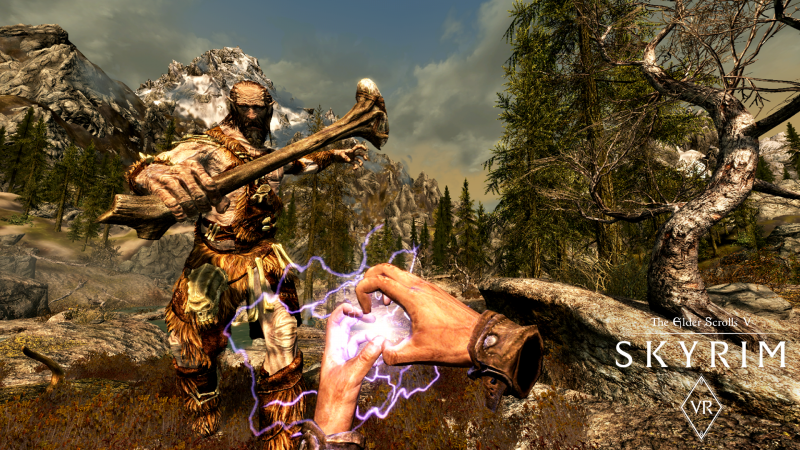 Bethesda Game Studios is one of the renowned game developing studios despite their recent unfortunate events. The studio became popular because of their gaming series The Elder Scrolls.

Arguably the best out of that bunch is the fifth game in the series named Skyrim. Skyrim is an action-adventure roleplaying game that was released in 2011 for PS3, Microsoft Windows and Xbox 360 with later being released for PS4 and Xbox One in 2017.

Skyrim is often considered to be one of the pioneers of open-world games with a huge scope of exploration and side quests. The main storyline follows the main protagonist being in line for execution before it gets interrupted by Alduin, an evil dragon that ravages the village, leading to the protagonist’s escape.

The story then follows the player character exploring and awaring the rest of the world about the danger that awaits. Future revelations about the protagonist’s potential of powers put the player in the front seat of action and adventure-packed battle against the evil dragon lord.

One of the most praised aspects of this game is its world and the inhabitants that reside in it. You can explore jungles, mountains and caves but with caution, as you never know what fatal enemy you can encounter; a troll, a bear, a sabertooth or even giants that can kill you in one blow.

However, the protagonist is capable of holding his own with various weapons like swords, warhammers, bows and powerful magical spells called shouts.

There are various shouts you can learn which can give the power to blow away your enemy, increase your speed, change weather or even summon a dragon.

The side quests too, are a positive aspect of the game where you go from marrying someone to adopting a child or joining an assassin’s cult and turning into a werewolf.

The Legend Of Zelda: Breath Of The Wild 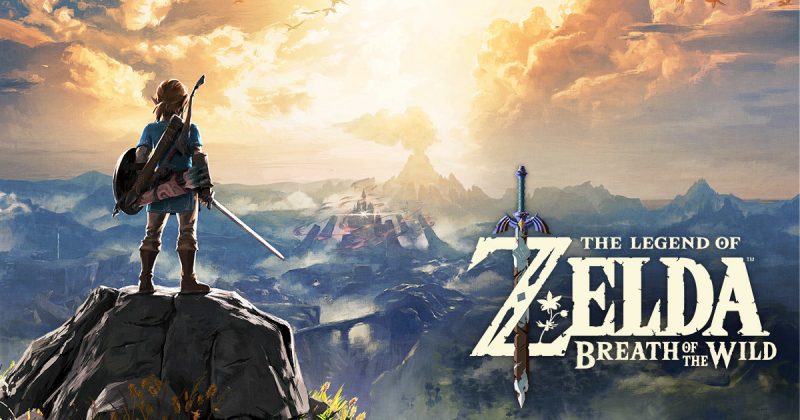 The Legend Of Zelda gaming franchise is no doubt, a legendary gaming series which holds a special place in the gaming industry’s heart, especially on Nintendo. Zelda series was created by Japanese game designers Shigeru Miyamoto and Takashi Tezuka with the release of the first game in 1986. The games follow the main protagonist named Link who goes on different adventures for different purposes.

One of the most recent and most praised games of this franchise is Breath Of The Wild that was released in 2017. The plot of the game follows Link waking up from a deep slumber of 100 long years to take back the kingdom of Hyrule taken over by the evil Calamity Ganon.

Having forgotten everything, Link explores the world, battling enemies and trying to regain his memories in hopes of protecting and rebuilding the kingdom with the help of Zelda.

The game is highly acclaimed for its graphics and its amazingly open world, often regarded as having the best open-world setting. Aside from critical acclaim, Breath Of The Wild broke various sales record worldwide and has currently sold over 16 million copies. 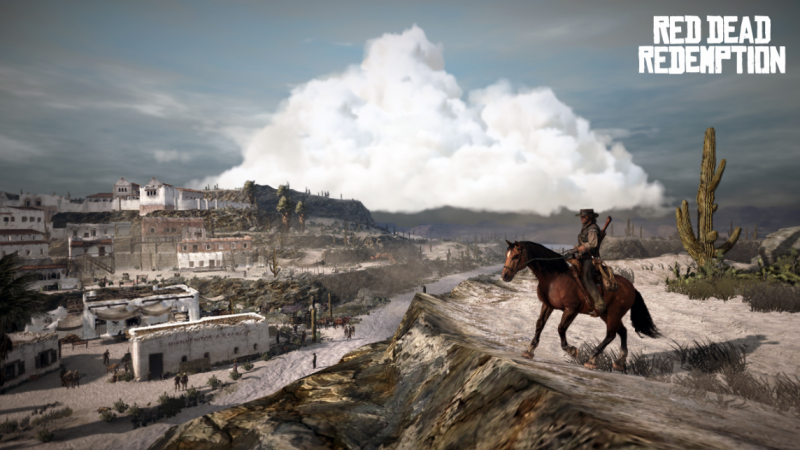 From the colossal number of action-adventure games, there exists a Rockstar Games’ publication “Red Dead Redemption” which is the second game in the series of Red Dead Games.

Red Dead Redemption is the successor of Red Dead Revolver, although it does not follow the exact story and has a context of its own. In May 2010, it released for PlayStation 3 and Xbox 360.

It garnered significant interest among the gamers as it follows the appealing story of the decline of the American frontier in 1911. The scene revolves the lead former outlaw, John Marston, whose family has been taken hostage by the government in exchange for his services as a henchman.

Marston, with the aim to rescue his family, prepares for the undertaking. It is a third-perspective experience and is considered to be one of the most expensive games. The character is on a horseback, roaming around the virtualized edition of the Western United States and Mexico.

Red Dead Redemption took five years to be out in the markets and gained primarily positive reviews for the visuals, gameplay, music, and story. By the time the year 2017 ended, over 15 million copies had been shipped.

There were a few additionally downloadable contents released after the game released that eventually led the game to receive some “Game of the Year” year-end awards from numerous gaming publications. 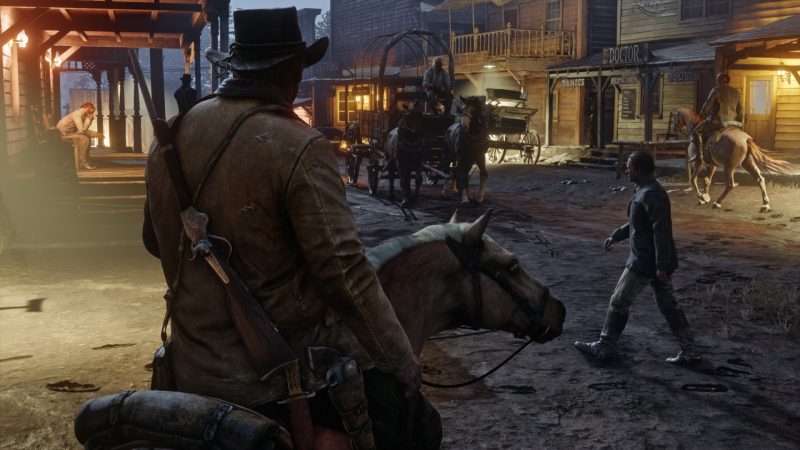 There were talks already making rounds all over that it would be a prequel to the Red Dead Redemption and the story would go even more back in years.

Outlaw Arthur Morgan, a member of the Van der Linde gang, is portrayed in the year 1899 in the virtualized version of Western, Midwestern and Southern United States.

Red Dead Redemption 2 revolves around him as he has to experiences decline of Wild West and survives against government forces and rival gangs. John Marston, the lead of Red Dead Redemption, is also the fellow gang member in this part.

Red Dead Redemption 2 released in October 2018 for PlayStation 4 and Xbox One, and then in November 2019 for Microsoft Windows and Stadia. Rockstar Games also released its online multiplayer mode “Red Dead Online” in May 2019.

Horizon Zero Dawn appeared unique from the start. It is an action role-playing game developed by Guerrilla Games and it is published by Sony Interactive Entertainment.

It was released for the PlayStation 4 in 2017 and will be released for Microsoft Windows in mid-2020. It is a simulation game and the main aim is to survive. The story is set in the 31st century, where the world is suffering a post-apocalypse pandemonium.

People live a tribe-like lifestyle with limited technology. Its concept explores the proximity between the danger and beauty of the world, particularly analysing the concept of humanity not being the dominant species.

The game revolves around Aloy the huntress who was raised by an outcast named Rost and trained to be a skilled warrior. The player is provided ranged weapons, a spear, and stealth to combat mechanical creatures and other enemy forces.

A skill tree system grants new abilities and bonuses to players. The most fascinating thing about this game is how the world is established effectively and feels so natural where you play as protagonist Aloy. Another interesting part of the game is hostile machines.

It was the best-selling game during its release week in the UK, the second most downloaded game on the American PlayStation 4 store for February. 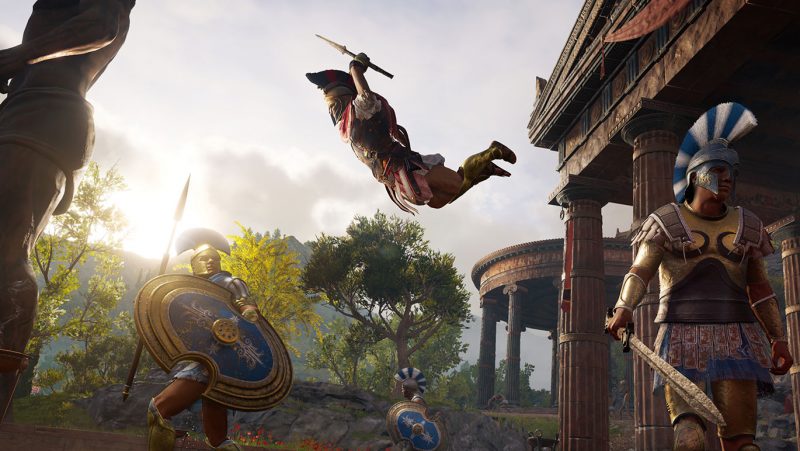 Assassin’s Creed Odyssey is a video game developed by Ubisoft Quebec and published by Ubisoft and was released worldwide for Microsoft Windows, PlayStation 4, Xbox One, and for Nintendo Switch on October 5, 2018, and Stadia version launching alongside the service in 2019.

The plot is set in year 431 BCE. It tells a mythological history of the Peloponnesian War between Athens and Sparta. Players get the chance to play as either male or female, dialogue options, branching quests and multiple endings.

The player is able to choose between siblings Alexios and Kassandra as to whom they use as the main character and they fight for an attempt to unite their family.

The player character is a Greek mercenary and a descendant of the Spartan king Leonidas I. Players can unlock new abilities by showing their skills. The three skill trees are ” hunter, warrior and assassin.

Hunters focus on ranged attacks through the use of a bow & arrow. Warrior, which focuses on weapons-based combat (swords, spears, axes etc.) And assassin deals with stealth and silent take-downs.

There will be a lot of ground to cover in Assassin’s Creed Odyssey, with some estimates putting it at 130 square kilometres – a huge increase over Origins’ map – but the locations will be varied.

Despite the sandy beaches and beautiful urban structures we associate with Ancient Greece, the country has plenty of options for players looking to mix things up. 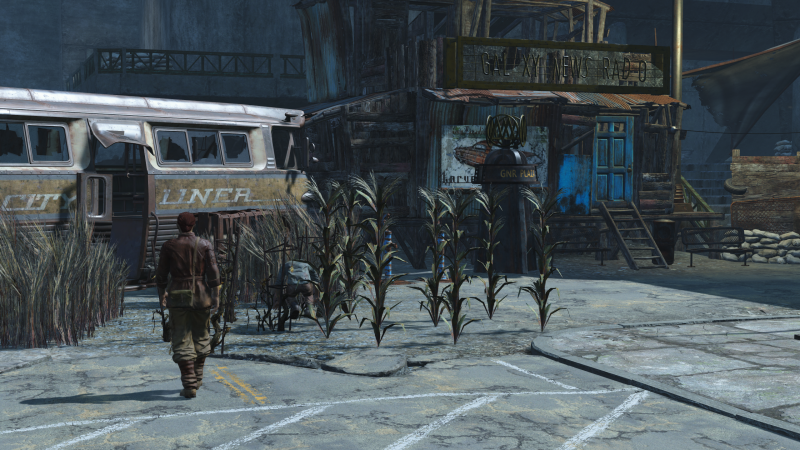 Fallout 4 is an action role-playing game developed by Bethesda Game Studios. Bethesda Softworks has published it on November 10 2015. It is available on Microsoft Windows, PlayStation 4 and Xbox One.

It is post-apocalyptic role-playing game depicting the year 2287, ten years after the events of Fallout 3 and 210 years after “The Great War”, which caused catastrophic nuclear devastation across the United States.

There are vaults all across the world which contained the survivors of this tragedy. The player is the Sole Survivor of Vault 111. Prior to this, there is a brief period of gameplay during the pre-War era showing the player living with their spouse and child.

The game is based on simulation and gives an experience of a real apocalyptic world. The game takes place in a future Boston, Massachusetts.

A map the resembles of the real world is provided for the players which include mountains, coastal regions, the outskirts and the downtown of the area. A large and still inhospitable nuclear blast site called the Glowing Sea is to the southwest.

The starting area in the northwest contains low-level enemies and is relatively safe, but the enemies get progressively tougher towards the southeast area of the map.

The game has received universal acclaim ever since it is released and proved to be a commercial success as well. 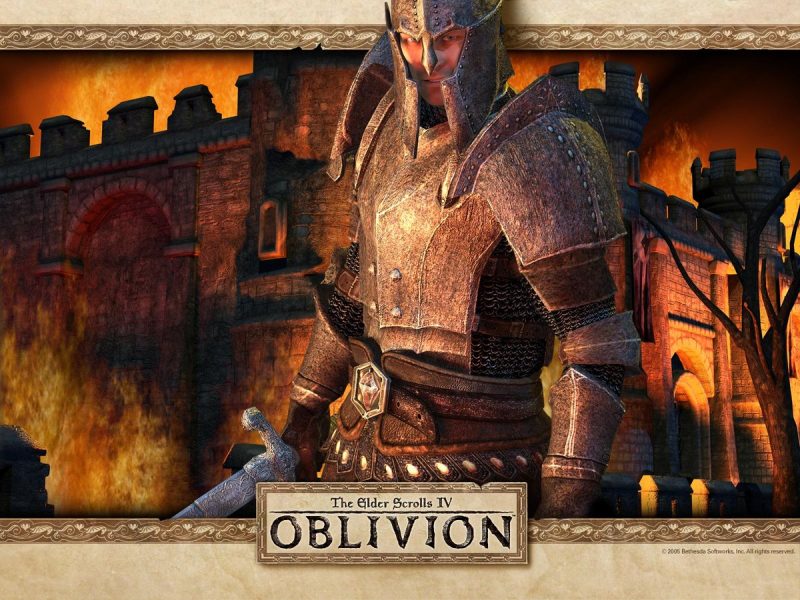 Oblivion is the 4th game in The Elder Scrolls series of Bethesda games and a prequel to the aforementioned Skyrim. The game is set 200 years before the events of Skyrim in a fictional city of Cyrodill, is a province in Tamriel, the continent featured in all of the game under this series.

The story of the game begins with the protagonist witnessing the assassination of the ruler of Cyrodill. With lack of a king, Cyrodill is attacked by creatures called Daedra. The first objective of the game follows finding the king’s illegitimate son to provide an heir to the city.

The rest of the game follows the protagonist battling a cult called Mythic Dawn and nixing their objective of opening a path into a demonic realm called Oblivion.
The game was released in 2006 for Miracle Windows and Xbox 360 and one year later on PlayStation 3 in 2007.

The Witcher series is an excellent and exceptional part of the gaming world and holds a special place in video gamers all across the world. It might not be replaceable for some even.

However, when you’re finally done with enough re-playing, one of these 8 aforementioned games can be your next favourite game.