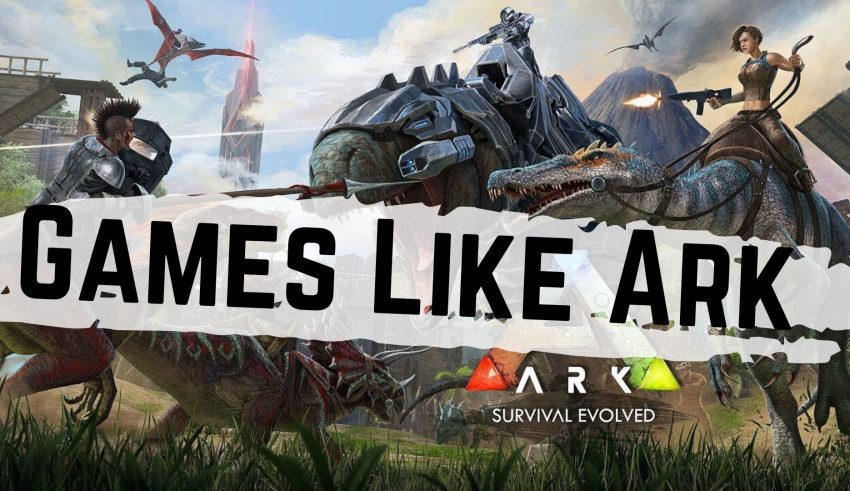 Survival games have always been hit amongst video gaming fans. These games put you in tight situations that keep you at the edge of your seat while battling your way into survival.

The game is set in an open world based around the prehistoric era Earth inhabited by dinosaurs and creatures of that era. The main objective of the game is to survive by keeping yourself alive not from just the violent carnivores, but also from hunger, thirst and other biological factors.

Aside from just dinosaurs and prehistoric animals, this game also features mythical creatures such as the wyvern, manticore, and phoenix. Most of the animals can be tamed by using care or force which can be used for various purposes like means of transport or as attack acquaintances.

Players can build shelters and craft weapons which is essential for surviving in the hard settings this game puts you in.

Here are The Best Alternative Games to ARK: Survival Evolved: 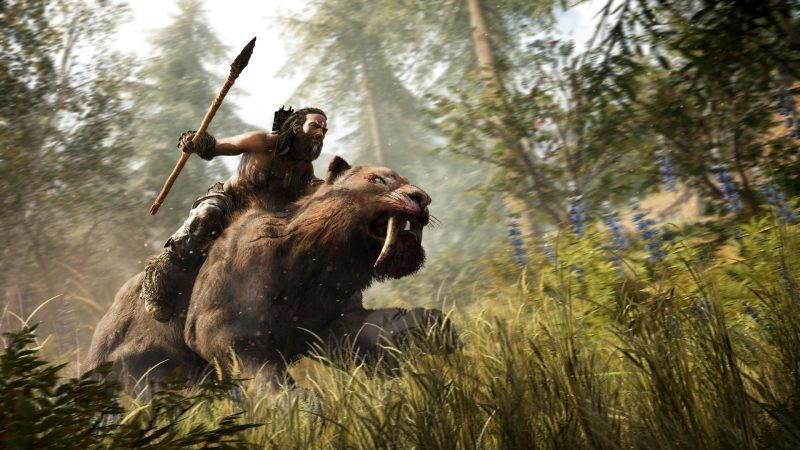 Far Cry Primal is a first-person shooter video game developed by Ubisoft released on Feb 23rd, 2016. The game is available for PlayStation 4, Microsoft Windows and Xbox One.

Far Cry series is known for its open-world and rich storylines combined with amazing graphics and gameplay. While each game in the series is different from each other, Far Cry Primal is the one that stands out the most.

The reason for that is Far Cry Primal being set in the prehistoric time period. The story follows the main protagonist Takkar, a hunter vying to take control of his tribe called Wenja tribe.

However, things fo wrong as Takkar is off with a hunting party which gets attacked by sabretooth. Takkar is the only survivor but gets separated from the rest of the tribe and has to start over in a hostile environment.

Interestingly, unlike other games, the player cannot purchase weapons and must craft them using the materials scavenged in the world such as wood and stone.

With further progress, they can craft more lethal weapons with a larger variety of resources. The player should compete with hostile tribes and obvious to mention- wildlife.

Takkar has many animals to help his cause as well. He has an owl with various abilities, who can dive to kill an enemy or drop bombs. The player can also have visions through the owl.

The game received many positive critics. The concept and setting are breathtaking. In a post-launch update, Survival mode with more difficulty was introduced to challenge the players. 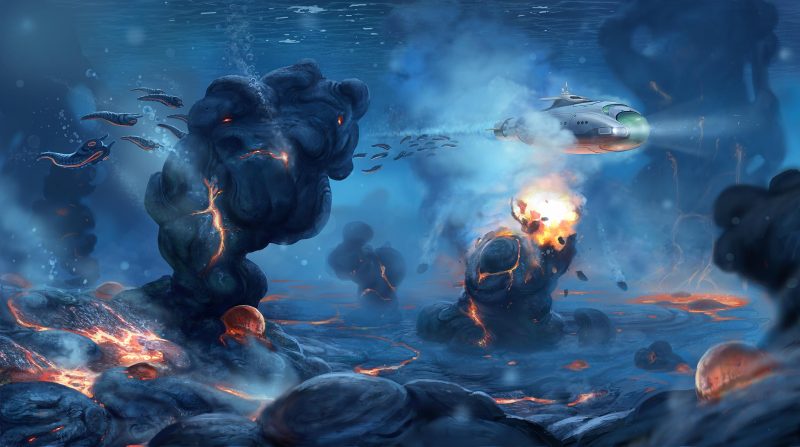 The premise of the game is set in the late 22nd century, an advanced era where humanity has started to colonize other star systems. An exploration programme led by a spaceship called Aurora is launched by the government to build a space-travelling platform called Phasegate and searching for a lost ship, called Degasi.

Set on this alien coast planet called 4546B, the game allows its players to freely explore the ocean, collect the treasure, face the underwater creatures and battle to survive.

In due course of the game, the player also learns of the existence of the ‘Precursors’, an alien species that came to the planet long ago to research the Kharaa Bacterium. The contained bacterium escaped the research facility in an accident which quarantines the whole 4546B.

They brought a sea dragon leviathan egg to study, but the mother attacked the primary containment base, which released the bacterium to which the player is also infected.

It is revealed that small creatures called Peepers are used by a Leviathan called Sea Emperor to keep the fauna and flora alive in the deep underground by secreting Enzyme 42.

Enzyme 42 can be used to eradicate the bacterium, however, its lack of concentration can only help plants and small creatures. The Sea Emperor asks the player for help as he ventures through various dangers to find a way to cure the planet of the virus.

Players can select different modes in the beginning, such as Survival mode, Freedom mode, Creative mode and Hardcore mode. It supports VR headsets, such as the HTC Vive and the Oculus Rift, with the additional input of a keyboard and mouse or game controller. 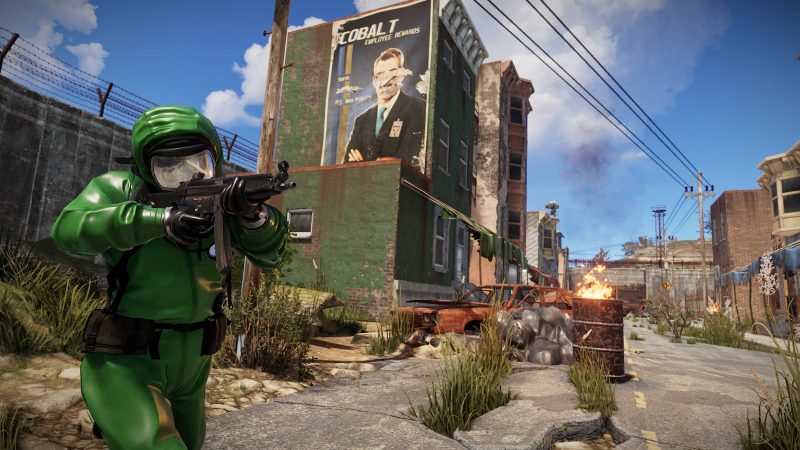 Released in Feb 2018, Rust is a multiplayer-only survival video game developed by Facepunch Studios. The objective of Rust is to survive in the wilderness with gathered materials.

Players need to survive the threat of bears, wolves and vehicles that occasionally attack the heavily armed players. Hunger, thirst, health and death are to be managed for survival. Raiding is the key to this.

The Early Access version, now known as Rust Legacy, was released in December 2013 in which dangerous wildlife was the primary threat. However, in the current version, Zombies replace the wildlife and several other fundamental revisions are made.

Rust’s development began as a clone of DayZ, a popular mod for ARMA 2, featuring elements derived from Minecraft. Most of the maps are generated subsequently, with the exception of Hapis Island, which is a pre-built map.

At the start of the game, the player is only provided a rock and a torch before going on to craft bigger and better weapons and tools. The weapons of combat range from bows, melee weapons, craftable guns to high velocity and explosive projectiles allowing more diverse combat strategy.

The player must stay well fed or they will die of starvation. There are other challenges the player must overcome during gameplay, such as drowning, hypothermia, and wildlife attacks. 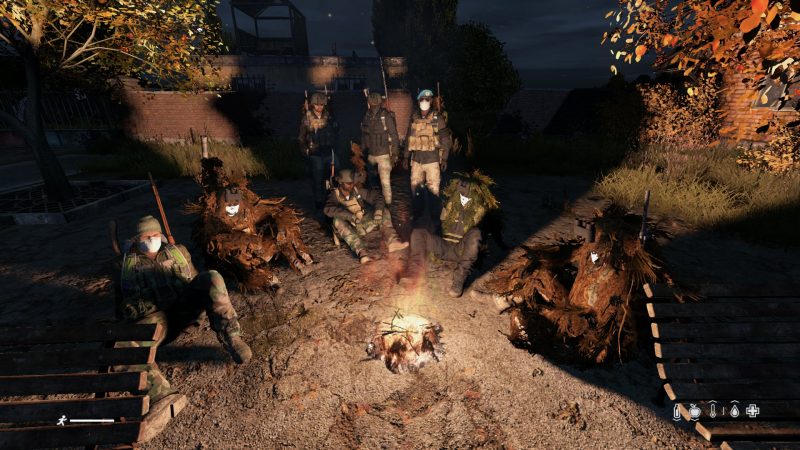 DayZ is one of the most renowned Zombie and survival-based video games made in recent times. It was developed and published by Bohemia Interactive studio.

With an early access version releasing in, gamers had to wait for 5 full years to get their hands on a full version.The story of the game is based in post-Soviet Republic Chernarus. Chernarus was hit by a mysterious plague that infected most of the population and turned them into zombies.

The obvious object of the game is to survive the outbreak by keeping yourself safe from hunger, thirst and obviously, the hostile zombies. Zombies are not the only threats to your life as you can succumb to thirst, hunger or diseases like hepatitis, cholera etc.

The fictional capital of Chernarus has a large area of 225 km sq. which is open for the players to explore while fighting to survive. Exploring and investigating the ravaged households can lead to finding supplies like food & water but can also make you encounter an unexpected zombie residing inside. Players can find and craft melee weapons to fend off the zombies as well. 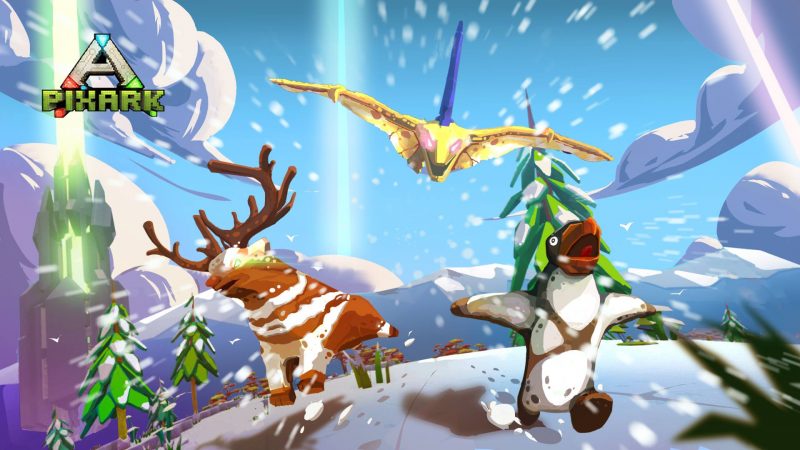 As some people might understand from the name of the game, PixArk is a pixelated or voxel-based version of Ark: Survival Evolved. While playing, this game just feels like a crossover between Minecraft and Ark.

PixArk was created as a spin-off of Ark, developed by Snail Games and the original Ark’s developer Studio Wildcard in cooperation. The game was first released in 2018 as en early access game before getting its full release in 2019.

As it is an official spinoff on Ark, the gameplay pretty much stays the same as Ark. The player character is dropped on an island that is inhabited by over 100 different species of dinosaurs.

The main objective is to explore and survive. The path of doing so leads through mining, crafting, building shelters and indulging in combat against animals and even other players. PixArk can be played in multiplayer mode with your friends which makes it even better.

The game is available on Microsoft Windows, Xbox One, PlayStation 4 and Nintendo Switch.

7 Days To Die is an awesome survival horror game developed by The Fun Pimps. The game follows the events of a world struck by a horrible World War 3. The world is facing not just the aftermath of the war but also nuclear fallout as a result of the heavy usage of nuclear weapons in the war.

The nuclear radiations have led to severe mutations to human bodies, turning them into hostile zombie-like beasts. You play the role of a survivor of the war in a location of Navezgane, a fictional city based in Arizona.

The main goal for the gamer is to survive by fending off the horrible creatures while making sure you do not pass away due to hunger, thirst and injuries. You can create your own weapons, clothes, armour, tools, vehicles and whatnot. You can also build a shelter for yourself anywhere you want or just take cover in a ruin. 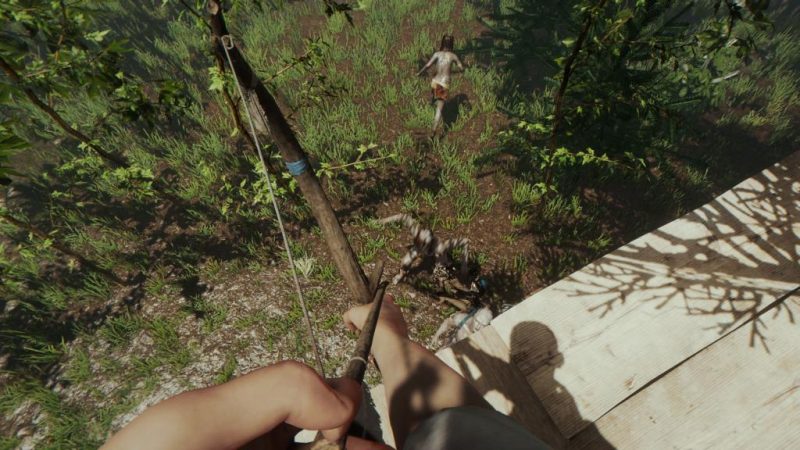 The Forest is a survival video game developed and published by Endnight Games. It was released in 2014 and it is often cited as one of the best survival-based video games to ever exist.

The Forest is based in an open-world setting that combined with its great graphics makes for an immersive environment full of scary circumstances ready to devour you.

The story of the game follows a father-son duo meeting an accident as their plane crashes in a deserted island. The father and son both survive, but the son goes missing.

The game puts you in the shoes of the father with the main objective being staying alive to find your missing son. You go through fighting animals, cannibals, mutants and whatnot, which makes for a gripping gameplay and keeps you glued. The game had a limited release and can only be played on Microsoft Windows and PlayStation 4. 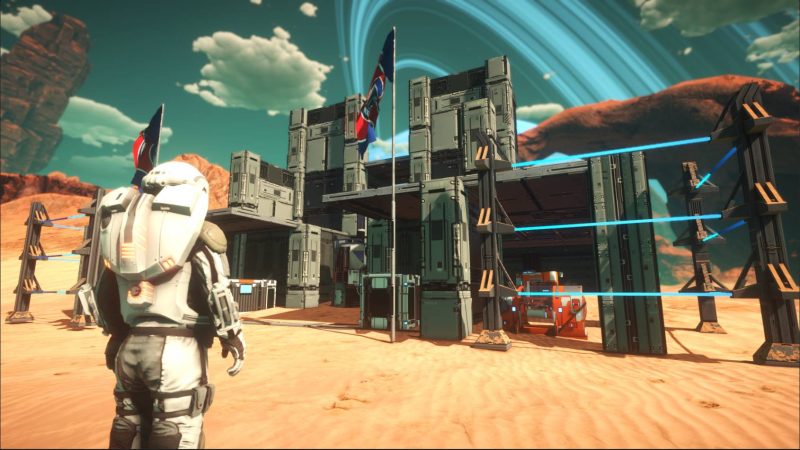 Osiris: New Dawn is a sci-fi action-adventure and survival-based video game developed by Fenix Fire and published by Reverb Triple XP. While the game is still in early access, it offers plenty of fun thanks to its huge open world.

Osiris’ plot is set in the year 2078, humanity more advanced than ever and attempting to colonize planets of outer space. The story begins with the main character being sent to the Gliese 581 planetary system as a member of a research team by the United Nations of Earth.

However, things go south as the space shuttle malfunctions and crash lands into a deserted planet. The main objective of the game is to survive in the inhabitable conditions while fighting off different types of enemies and threats.

The game can be played in both single-player or multiplayer mode. The game is available on Microsoft Windows, Xbox One and PlayStation 4 as of now.

Conan Exiles is a survival video developed by Funcom. Its early access version came out in 2017 before the full version got released in 2018. As the name might suggest, Conan Exiles is based on the world of Conan The Barbarian.

The game’s whole premise revolves around survival in a fictional time period named the Hyborian Age. The game starts with the main protagonist about to be executed for crimes before being saved by Conan.

After being saved from execution, the player has to be live life as an exile and find a new home to keep himself alive. Crafting and building is an important part of the game as you need to create weapons to fight off enemies like dinosaurs, crocodiles and other creatures.

Various materials can be used to create more powerful weapons. The game has a beautiful open world to explore as you progress further.
Conan Exiles is available for Microsoft Windows, Xbox One and PlayStation 4.

These were some of the best games you can hop over to when you’re done with Ark. All of them offer different and amazing settings, stories and characters but each of them has one factor in common; survival. You can trust anyone out of these games to give you hours of fun playtime and keep you from getting bored.