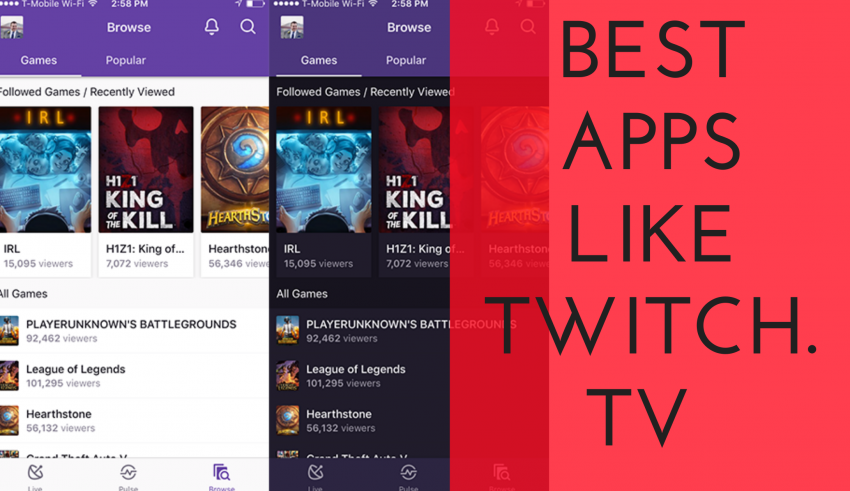 Twitch.tv is a video streaming site launched on June 6, 2011. It is owned by Amazon. Its content includes live streaming of various games, video on demand, eSports tournaments, gaming-related talk shows, and other non-gaming videos. It is the web’s best live streaming platform.

However their main focus is live game streaming and gaming related talks, but they also broadcast several live streaming from festivals and concerts occasionally.

Twitch is the official streaming partner for Ultra Music Festival in Miami. It is a good option for both, a gamer to live streaming its gaming skills and earn money, and for users to get the best and experienced players live stream videos and other stuff.

As of February 2020, there are 3.8million streamers broadcasted on twitch and it has 15million daily unique viewers on its website.

But with day by day increase in the traffic, things are getting difficult for both streamers as well as users. Many of the streamers get lost in the crowd and it is very difficult for them to find an audience for their stream,

on the other side, it creates difficulty for viewers also to find new player streams that will help them in enhancing their own gaming skills and finding new techniques.

So in this article, we’ll talk about 10 best Alternatives for Twitch.tv which will be a good option to avoid Twitch.tv. So, let’s begin.

Launched in 2005, YouTube is one of the most viewed videos streaming sites you can find. There are more than 1.3 billion users of YouTube in all over the world.

You can find millions of types of videos with different categories, from tv shows to movies, from music videos to live concerts, from gaming highlights to live game streaming you can find a lot more different kinds of content there. It can replace twitch tv in all ways.

YouTube is one of the dominating live streaming platforms as well. It is much better from Twitch in many ways.

You can do a short live stream of game here, no issues for a fixed time period of streaming. But on Twitch you can do a live stream only in the time span of 3hour, 6hour, 12hour, 24hour or 48hour etc. There is no live streaming time span in between these intervals. 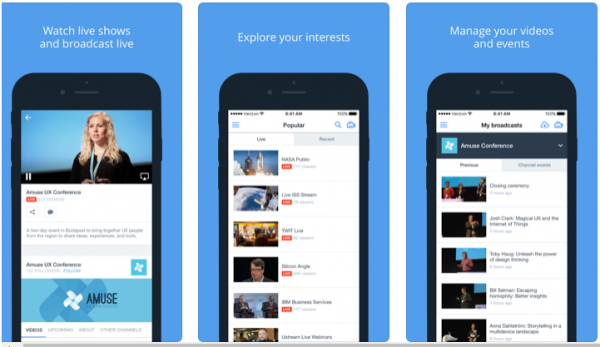 Ustream is undoubtedly the biggest competitor of twitch tv. Launched in March 2007, Ustream is SanFrancisco based general streaming platform. You can find gaming events, talk shows, and live streams in better quality as compared to twitch tv.

Ustream is well known for its live events. It also supports streams of every kind. Whether you are streaming from a smartphone or PC or gaming console, you can easily stream from your device with minimum lag. 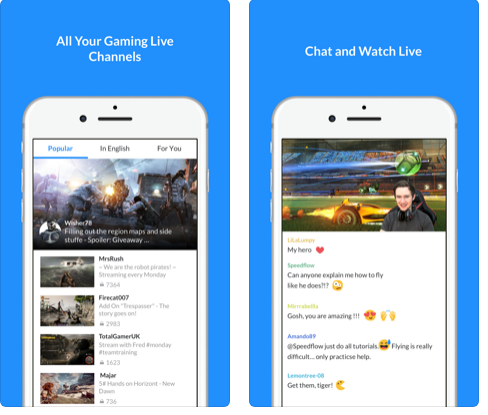 For someone who has been doing live streaming for a long time, Azubu and Hitbox is a well known name. These two popular sites joined hands together in May 2017 and known as Smashcast.tv.

This website offers a great HTML5/Javascript integration, which makes the user interface quite fluent. Whether you are a streamer, viewer, gaming partner, organizer, eSports team or any other user, Smashcast.tv will make your experience on its site best. It also offers a chat system during live streaming. 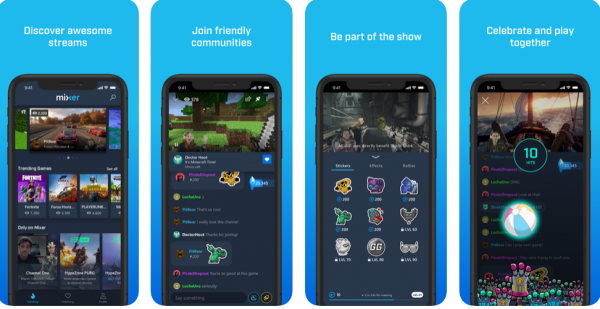 Started with the name ‘Beam’ in the ownership of Mathew Salsamendi and James Boelm in January 2016, It is a video game live streaming and video on demand platform acquired by Microsoft in August 2016 and renamed as ‘Mixer’ in 2017.

The mixer is definitely one of the greatest alternatives for twitch. The biggest benefit of using Mixer instead of twitch for a streamer is minimal input lag.

Whereas using twitch might give you 5 to 10 seconds of lagging from game to streams, mixer streams often operate with lagging of less than a second. 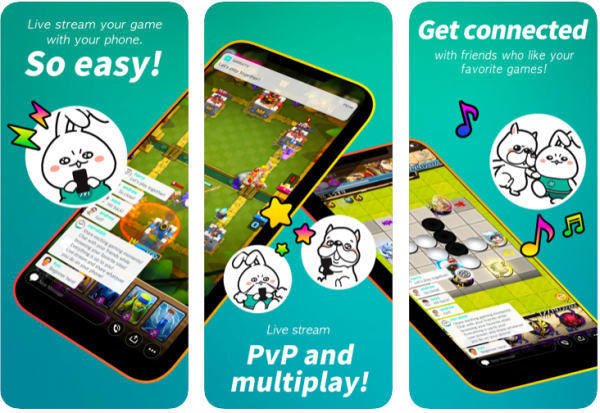 Mirrativ is a Tokyo based application developed by Ono Tomoyuki in 1999. Available for both Android and IOS, the service allows smartphone users to directly share or stream their screen online for the world to watch.

You can share anything that’s on your screen including apps or the Menus of your device. It is undoubtedly the best option for mobile users as twitch doesn’t allow you to stream directly from mobile. 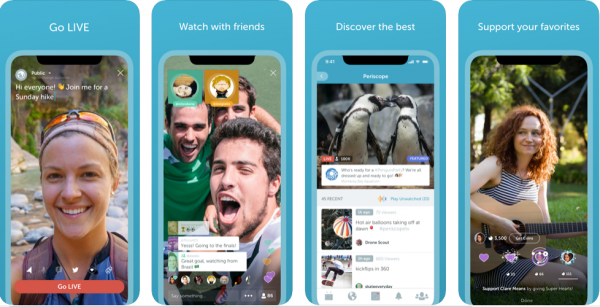 Periscope is an American live streaming App developed by Kayvon Beykpour and Joe Bernstein and available in Multi Languages. Twitter get involved in live streaming by acquiring Periscope in 2015, before its release.

It was released on March 26 2015 after the acquisition by Twitter. It is available for both Android and iOS platforms.

While it is one of the major contributing factors to Mirrativ and Mirrativ is a hybrid of Periscope, still there are so many users who personally prefer Periscope over Mirrativ. 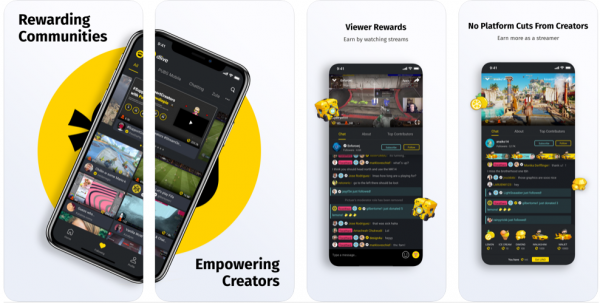 DLive was developed by Charles Wayne and Cole Chen in September 2018. It is a live game streaming platform with various provisions of earning money, easy start-up guide and availability of new audience to grow in the live streaming industry rapidly. It has 70,000 streamers and an average of 5million Monthly Visitors.

Recently a popular YouTuber Pewdipie also promoted this app by mentioning how efficient and speedily Dlive works. It supports creativity in content and is good at saving time in producing game content.

It is looking to bring an open and honest way to create gaming content and supporting the same by blockchain. It has its own currency called Lino and there are so many features around it.

Well, that was our list of a number of the most effective Twitch alternatives out there. Personally, if you’re a computer gamer, I’d suggest using Mixer for its ease of use, and Mirrativ if you’re a smartphone user wanting to live video stream.

Also, though you’re a fan of Twitch, it doesn’t hurt to try out a brand new service once in a while. So, Which one amongst the above live streaming services did you like? Also, did we tend to miss out on a worthy service? Tell us in the comments below. Don’t forget to share it too!!