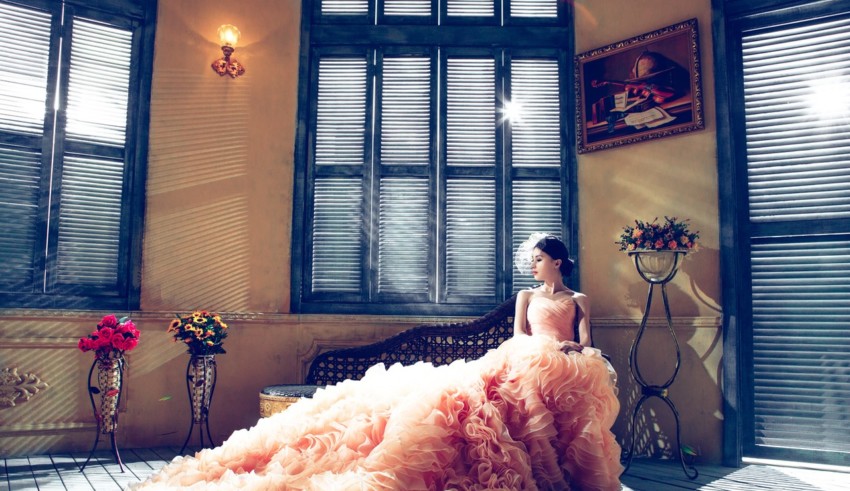 Indian fashion has made its mark on the global map. Thanks to top Indian fashion designers who are going places and making our country proud again and again by infusing Indian design sensibilities with modern technologies.You name a style and one of these designers is the master of it.

These famous fashion designers cater to all categories from apparels to jewelry and accessories. Haute couture and bridal wear are different categories altogether with a sea of options from ethnic, contemporary and modern collections.

From legendaries like Ritu Kumar, a fashion veteran who is ruling the Indian fashion industry since 1969 to young Masaba Gupta – India is producing highly talented designers that effortlessly concoct traditions with new-world aesthetics. 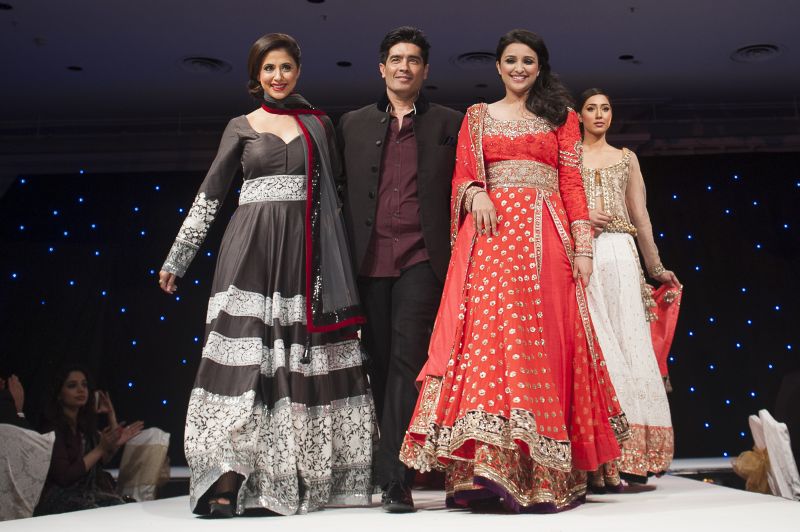 Manish Malhotra – Bollywood’s official fashion designer was born in London and raised in Mumbai. Manish started his career as a model, before becoming a Bollywood costume designer in 1990.

Manish who has styled for over 1000 Bollywood films is the one behind modernizing Bollywood costume design. He has the ability to envision a ‘look’ for the character.

Manish had also designed and recrafted some pieces for best friend Kareena Kapoor for her wedding to actor Saif Ali Khan. Although, Manish designs for women he was chosen to design clothes of Shah Rukh Khan in Mohabbatein and Imran Khan in I Hate Luv Storys. He also designed clothes for Michael Jackson when he visited Indian for a Bollywood show. 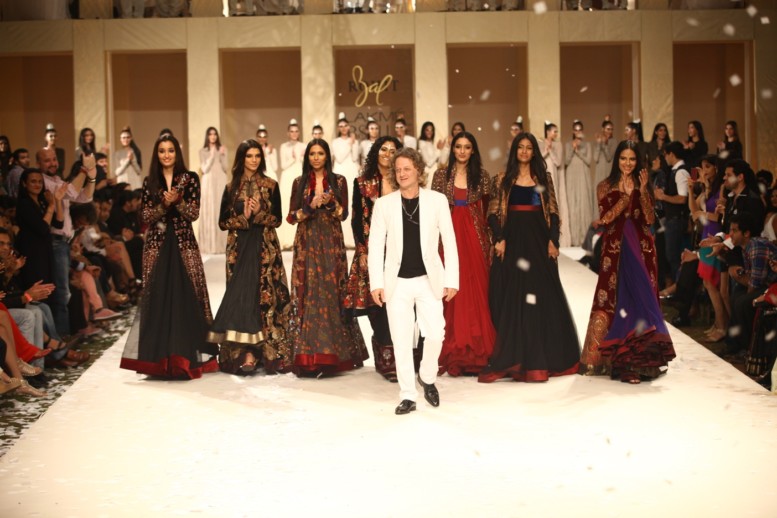 Rohit Bal – the name says it all. Born in Kashmir, New Delhi-based designer Rohit is known as ‘India’s Master of fabric and fantasy’ – that’s the kind of drama he creates in his attire. Rohit completed his schooling in Srinagar’s Burn Hall School and pursued his graduation in History from St. Stephens College, followed by a fashion designing course from NIFT.

Rohit started his career in 1986 with his brother Rajiv Bal but started designing independently in 1990. Since then, he created a niche for himself. Rohit’s clientele includes India’s top names from Bollywood and corporate world.  Rohit has also designed for Amitabh Bachchan’s famous TV show – Kaun Banega Crorepati. That’s not all he is also a favorite among Hollywood hotties like Uma Thurman, Pamela Anderson, Cindy Crawford Anna Kournikova and Naomi Campbell. 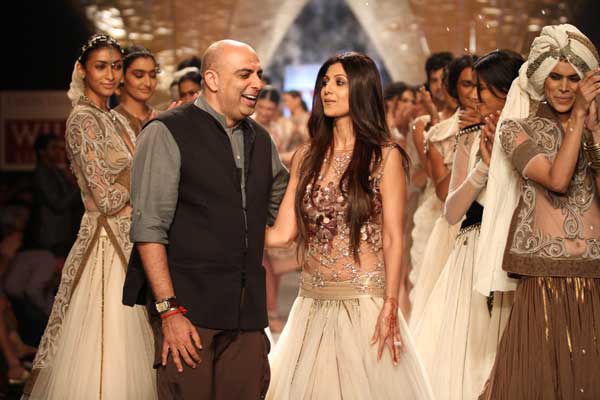 Tarun Tahiliani one of the biggest names in the world of Indian fashion established India’s first multi-designer boutique – Ensemble in 1987 followed by his own studio in 1990. He is the first designer to showcase his works at Milan Fashion Week. Tarun who has made many contributions to Indian fashion over the years is known for his ability to fuse Indian craftsmanship and with modern design technologies like digital textile printing. His signature style is to mix Indian textile heritage with European tailored silhouette.

Tarun’s most famous masterpieces include British heiress Jemima Goldsmith’s bridal gown for her wedding to Pakistani cricketer Imran Khan in 1995.

Of late, Tarun has started interior designing and even event designing for Indian weddings. He is soon going to launch designer TV in association with Vu Technologies. 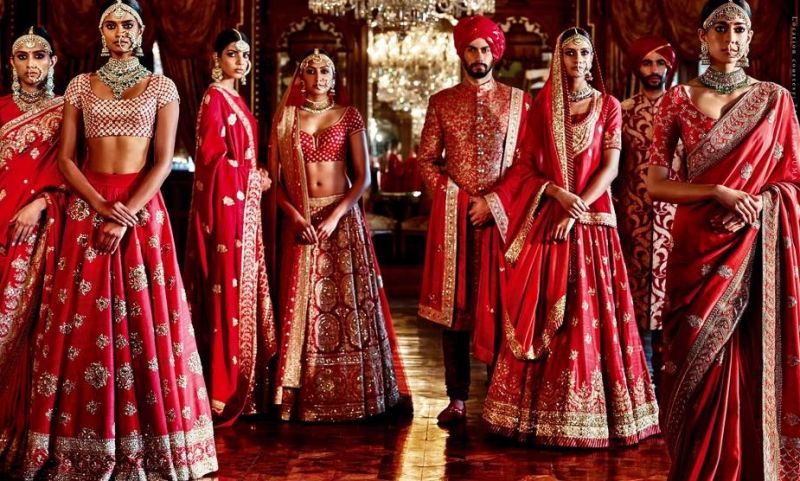 Sabyasachi started his career after graduating from National Institute of Fashion Technology in 1999 and setting up his own workshop with just three people.

Sabya who is referred to as ‘Pepsi’ by the family has won awards like Most Outstanding Young Designer in 2001 by Femina British Council. He was even named Grand Winner at Mercedes-Benz Asia Fashion Week in 2003. Besides, designing for some high profile names, hosting a TV show based on bridal makeovers – Sabyasachi has designed clothes for films like English Vinglish, Raavan, Black, Paa, Guzaarish, Babul, No One Killed Jessica, Raavan, and Laaga Chunari Mein Daag etc.

Ritu Kumar – the legendary designer who is ruling Indian fashion circle since 1969.  A Padma Shri awardee – Ritu was born in Amritsar. She graduated in 1964 from Lady Irwin College and pursued her higher education from New York’s Briarcliffe College in 1966.

Ritu started her career from a small place near Kolkata with just two tables and four hand block printers. She has come a long way now by having more than 35 stores across the country.

Ritu Kumar is the official designer for Miss India contestants in India as well as at the Miss Universe, Miss World, and Miss Asia Pacific pageants.

When it comes to colors, eclectic palettes, quirky designs – Manish Arora is the name. Manish Arora has made his mark not only in the domestic market but at the international level as well. He is among the first to showcase his collections internationally while bringing out the colors of Indian fashion.

Born in Mumbai, Manish Arora was bitten by the fashion bug while pursuing a graduate degree in commerce. He graduated from NIFT with the Best Student Award in 1994. Manish launched his first label – Manish Arora in 1997. Often termed as ‘ John Galliano of India,’ Manish Arora is known for his unique choice of colors along with his signature palette of pinks and golds.

Manish is among the few Indian fashion designers to be appointed as the creative director of the French fashion house – Paco Rabanne in 2011.

Famous for his eclectic choice of colors and designs – Manish is a popular name among international celebrities like Lady Gaga, Rihanna, Katty Perry, and M.I.A.

West Indian cricketer Viv Richards and Indian actress Neena Gupta’s daughter Masaba Gupta is one of the young stars of Indian fashion circuit. Masaba is among the promising young crop of designers that have the spark to take the Indian fashion to new heights at the international level.

Masaba launched her label – Masaba in 2009 straight after graduating from Mumbai’s SNDT Women’s University, where she studied Apparel Manufacture and Design.

She made her debut at the age of 19 at Lakme Fashion Week’s Gen Next show with the help of ace designer Wendell Rodricks. Her lightweight fabrics, quirky prints, and the vibrant color palette is a hit among her clientele. Masaba has won many awards like  2012 L’Oreal Paris Femina Award for Best Emerging Designer and PETA India’s Most Talented Designer of 2013. Bollywood stars like Bipasha Basu and Shilpa Shetty have worn her designs.

Love for art, creative inclination, and sheer determination is something that has made JJ Valaya – what he is today. Born in an army family in Jodhpur – JJ Valaya’s actual name is Jagsharan Jit Singh Ahluwalia.

JJ Valaya who is a commerce graduate from Chandigarh College was known as the best artist and calligraphist during his school days. It was his love for designing industry that made him leave his well-paying job of a chartered accountant and enroll for a course at NIFT in 1989. Valaya graduated in 1991 carrying awards such as Prix de Incitation in Paris, The Thapar-Dupont Medal, The Elyxa award and the KLM-NIFT Trophy.

He went on to train under veteran Indian fashion designer Rohit Khosla and straight after launched his own label with brother TJ Singh.

He is the man behind labels such as House of Valaya, JJ Valaya Muse, JJ Valaya, Valaya Quantum, Valaya Base, Valaya Home, The Home of the Traveler. His clothes are worn by celebrities such as Cate Blanchett, Joseph Fiennes, Kareena Kapoor and Hrithik Roshan.

Being in the industry since 1985, Neeta Lulla has designed for over 300 Bollywood films. She became popular after she designed costumes for Aishwarya Rai and Madhuri Dixit in Sanjay Leela Bhansali’s magnum opus – Devdas in 2002.

She’s still favorite among the Bollywood brides, who love her traditional-yet-contemporary style.