April 12, 2021
Home Best of the Web The World’s Most Instagram-Worthy Vacation Spots 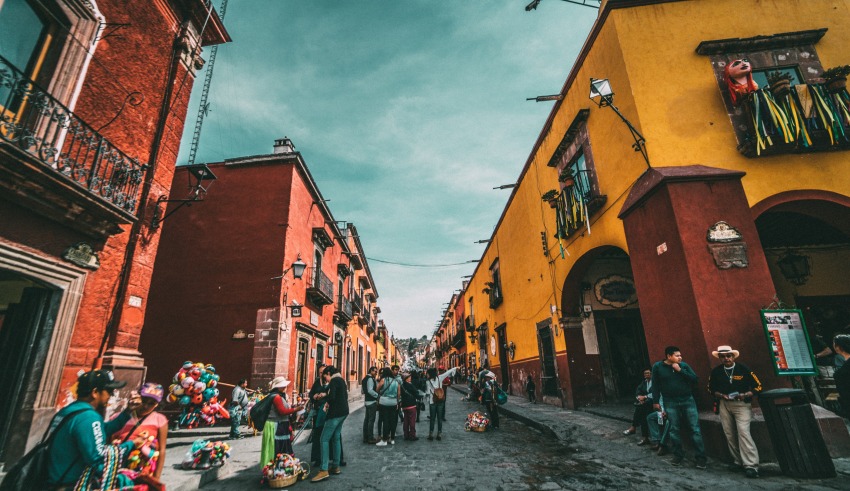 Going on vacation is no longer just about seeing the sights and exploring a new destination. Thanks to the rise of social media, travelers these days are expected to have a great time, all while making their friends jealous back home.

Not only do platforms such as Instagram transport viewers to some of the world’s most stunning spots; they also influence followers to decide on where to book their next trip.

Here are five of the world’s most Instagram-worthy destinations.

Mexico is a vivid collision of culture and paradise. From the cobalt blue walls of the Frida Kahlo Museum in Mexico City to the turquoise blue waters of the Riviera Maya, Mexico offers a photo-ready kaleidoscope of colors.

Go diving in a secret cenote hidden in the jungles of the Yucatán, indulge in tequila tastings at a trendy café, go shopping for vibrant textiles in the stalls of Oaxaca and explore ancient clifftop ruins like a modern-day Indiana Jones.

For a truly envious escape, hole up at one of the many all-inclusive resorts along the Riviera Maya. It’s impossible not to show off the region’s idyllic beaches and clear blue seas on social media.

The Mediterranean is widely considered one of the most beautiful bodies of water on the planet. Its azure depths are complemented by a myriad of European marvels, from the towering Sagrada Familia in Barcelona to the iconic, whitewashed homes of Santorini.

A Mediterranean cruise is the best way to capture it all for friends and family back home to see. Perhaps it’s an island-hopping cruise through the Greek Isles, where the windmills of Mykonos and white sandy beaches of Milos are almost as breathtaking as the applause-worthy sunsets.

Or perhaps it’s a cruise along the coastline of Italy, venturing from the Piazza San Marco in Venice to the pastel villages of the Amalfi Coast. No matter the port of call, the Mediterranean promises picture-perfect adventures at every turn.

Machu Picchu is an awe-inspiring masterpiece. Its legend is shrouded in mystery, and its location is hidden in the clouds of the Andes Mountains. Photos almost don’t do it justice.

Yet thousands of travelers make the pilgrimage to the “Lost City of the Incas” every year in search of its beauty and history. Rediscovered by American archaeologist Hiram Bingham in 1911, Machu Picchu has since become one of the most sought-out destinations in the world.

It doesn’t matter how one arrives — whether by foot along the Inca Trail or via luxury train from Cusco — all that matters is that quintessential shot of the citadel from the top. It’s no doubt a picture that will convince everyone else to make the trek to Machu Picchu too.

Morocco is a land of enchantment. Its delights stretch from the bustling city of Marrakech to the barren desert of the Sahara and often have visitors returning back for more.

The souks of Marrakech are magical. It’s easy to get lost within the winding street stalls and purchase everything in sight. Equally inviting are the city’s many roads, which feel like hidden gems with their rooftop views and quiet alcoves.

Outside the city, the desert offers unforgettable escapades. Whether it be camel riding, dune surfing, or deluxe camping, the red sands of the Sahara Desert and the towering peaks of the Atlas Mountains are a photographer’s playground.

Nestled in the Arabian Sea off the southern coast of India, The Maldives represents the epitome of paradise. This tropical nation consists of more than 1,000 islands, a wealth of marine wildlife, and some of the most over-the-top hotels in the world.

Its isolated location might require some long flights, but the journey will be more than worth it after one look at the clear waters and pristine beaches. The best feature of the Maldives is undoubtedly the many over-water villa accommodations available there.

These mini aquatic palaces are an influencer’s dream where there really is no bad picture to be taken. The world is filled with unimaginable beauty just waiting to be explored and captured. So what are you waiting for? Time to pack your bags!

Which Server Solution Will Suit Your Organization?

Businesses of all sizes need servers that work for them, providing the right performance p…