January 19, 2022
Home Entertainment 10 Best Shows For All Those Who Loved Umbrella Academy 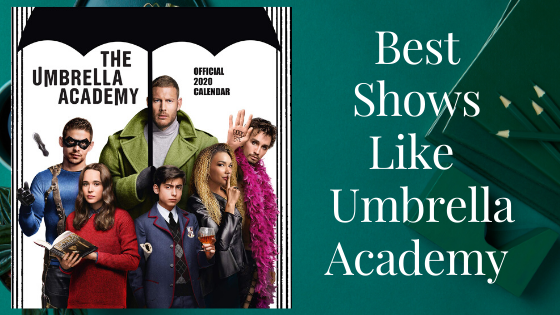 On October 1, 1989, 43 women around the world give birth simultaneously, despite none of them showing any sign of pregnancy until labor began. Seven of the children are adopted by eccentric billionaire Sir Reginald Hargreeves and turned into a superhero team in what he calls “The Umbrella Academy”.

That is the premise of the Netflix’s new show and one that has become all the rage- Something that is not DC or Marvel but builds a world within itself that absorbs all those who dare to partake.

Here is a list of shows similar to Umbrella Academy, if you miss it! Each show has something similar to offer that will tickle the taste buds of Umbrella viewers. 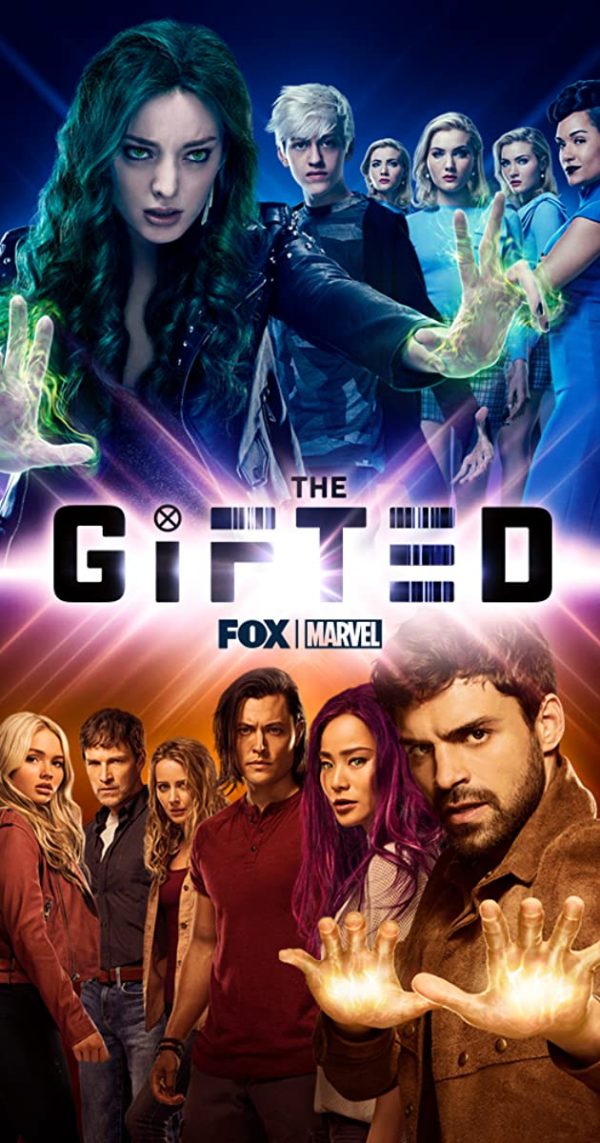 The Gifted is one of the most highly recommended shows for all those who loved Umbrella Academy. The series is a spin-off of X-Men and is set in a world where the X-Men don’t exist.

It narrates the tale of two parents who along with their children go into hiding from the government when they discover that their children possess superhuman powers- that is they are mutants. They join an underground group where such children mutants live and thrive to survive.

If you loved the superhuman abilities in Umbrella Academy, you will love the ones in The Gifted, reminiscent of Percy Jackson and Sky High. also, the show is laden with X-Men easter eggs and references in each episode for you to feast on. 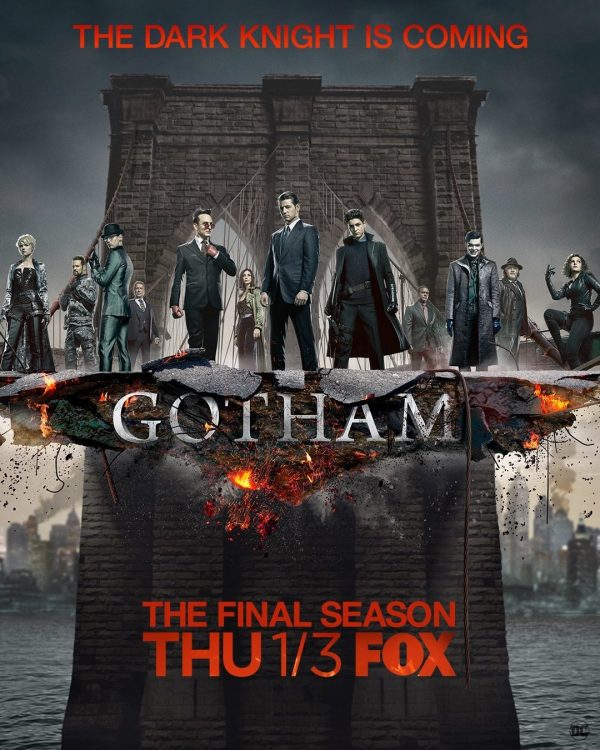 An action crime drama television show that chronicles the time of batman’s beginnings. The show is one of Netflix’s biggest hits and the pen-ultimate for all those who proclaim themselves to be Batman’s biggest fans in the history of the planet (Trust me, Batman has such fans!).

Throughout the show we meet great character, including people who will go on to become Cat Woman, Poison Ivy and The Riddle. The Joker can’t be far behind! The protagonist of the story is Detective Jim Gordon who later in the Batman world goes on to become Commissioner Gordon.

It is an interesting retelling of Marvel’s beginnings and the show keeps you on your toes throughout! Certainly, a worthwhile watch even if you are not a great fan of Batman and obviously if you loved Umbrella Academy. 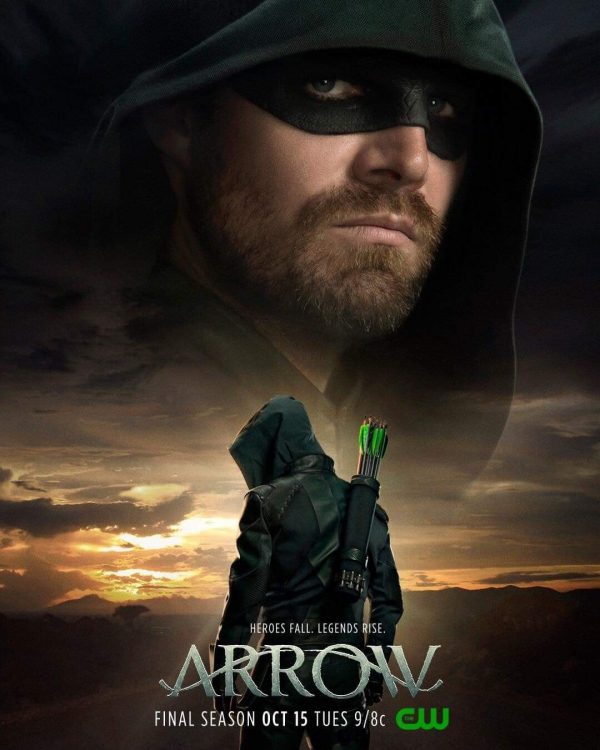 Arrow is about a billionaire playboy Oliver Queen who is also a superhuman archer and star of this live-action adaptation of the DC Comics’ Green Arrow. Oliver Queen claims to have spent five years shipwrecked on a mysterious island, before returning home to Starling City.

At starling city, he reunites with his family and friends and takes upon a series of adventures aimed to destroy the criminal activities in the city while maintaining the façade of a high climbing socialite.

The show is going to be loved by all those who are already part of the DC universe though it can be harder to sell for those not yet so invested in the same. Regardless, if you liked Umbrella Academy, Arrow should certainly hit the target with you!

Jessica Jones has been one series that Netflix has created the biggest carnival for. From great publicity and marketing campaigns, came the fact that Jessica remained the last Marvel output standing on the platform and had on its shoulders the great responsibility to make Marvel’s exit, one to be remembered. Thee show’s season3 delivered this with great promise.

The plot itself of Jessica Jones is a great leap in the Marvel Universe, especially because it has a female lead and more importantly, she has PTSD. Also, the most interesting thing about Jessica is that she has had a superhero career already, one that is in her past and is now a detective.

She is a model of tried, tested, and failed but as is, her past is not all that in her past and continues to haunt her. One of the most loved Marvel shows on Netflix, a kind of a dark, gritty antidote to the big screen Marvel.

Viewers of Umbrella Academy, wh are in search of something darker and with a deeper storyline, should most certainly Join Jessica Jones (Alliteration intended!). 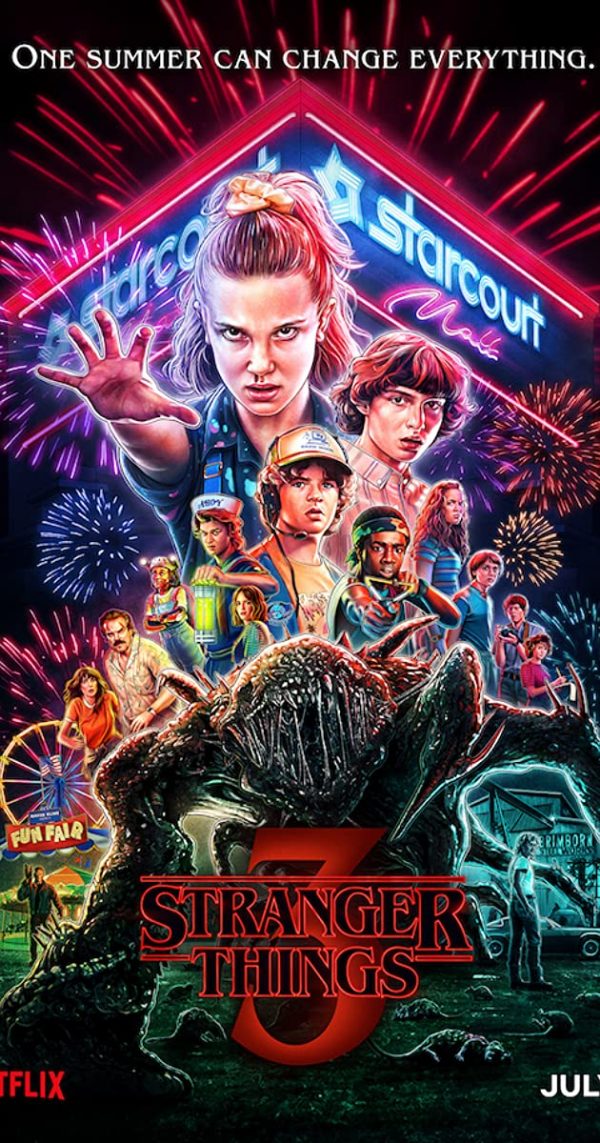 If you haven’t yet watched and watched, we mean binge-watched Stranger Things, it is illegal for you to even own Netflix (and yes, even on free trial)!

Set in the 80s with all the correct amount of heart-absorbing nostalgia for the adults and the spooky storyline for the kids, Stranger things has become a favorite for many. Now onto its third season, the plot twists and storylines have garnered it viewers as loyal as those of classics like Game of Thrones.

And the cherry on the cake, Stranger Things has brought in none other than the 80s and 90s Hollywood queen, Winona Ryder herself! If that doesn’t prompt you to watch the show, nothing ever will!

Available only on Netflix. 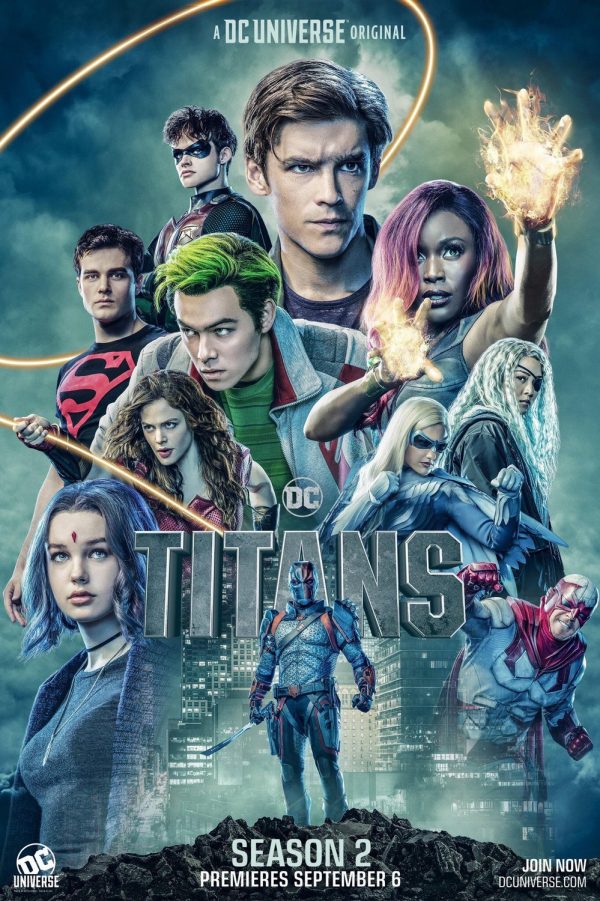 He is the same man who wrote Batman Forever, Batman & Robin, and 2005’s Constantine with Keanu Reeves. But Titans, contradictory to our expectations is not a dark, gritty superhero world. Instead, it is a mix of subtle comic timing balanced with darkness, witty lines and in-depth characterization.

The show also handles its issue with a more mature approach which can be gauged from its adult cast which includes only a single 14-year old. The main characters are Batman’s former vigilante partner Dick Grayson, extraterrestrial Kory Anders, empath Rachel Roth, and shapeshifter Garfield “Gar” Logan. The show is a must-watch for lovers of Umbrella Academy! 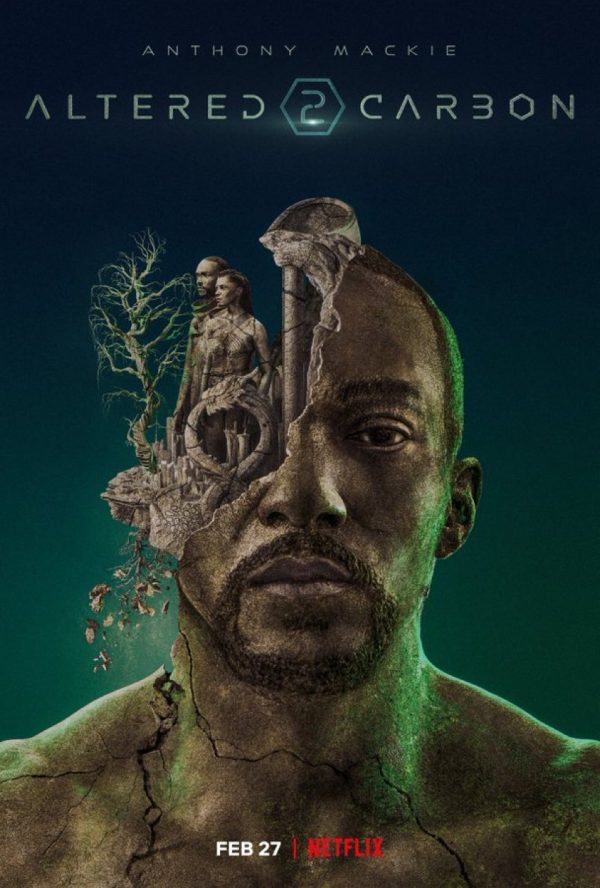 Altered Carbon is an adaptation of Richard Morgan’s cyberpunk novel of the same name, set in the future (the year 2384) where our minds are stored on “stacks”, discs that live in the back of our necks.

Physical human or synthetic bodies are called “sleeves” and stacks can be transferred to new bodies after death, but a person can still be killed if their stack is destroyed and there is no backup.

While this means anyone can live forever, only the wealthiest, known as “Meths”, have the means to change bodies through clones and remote storage of their consciousness in satellites, so they never have to die of old age before being resleeved. Sounding interesting? It sure is- fun, flashy and et flawed at the same. If you are looking for something that is not related to Marvel or DC, this show is your best bet. 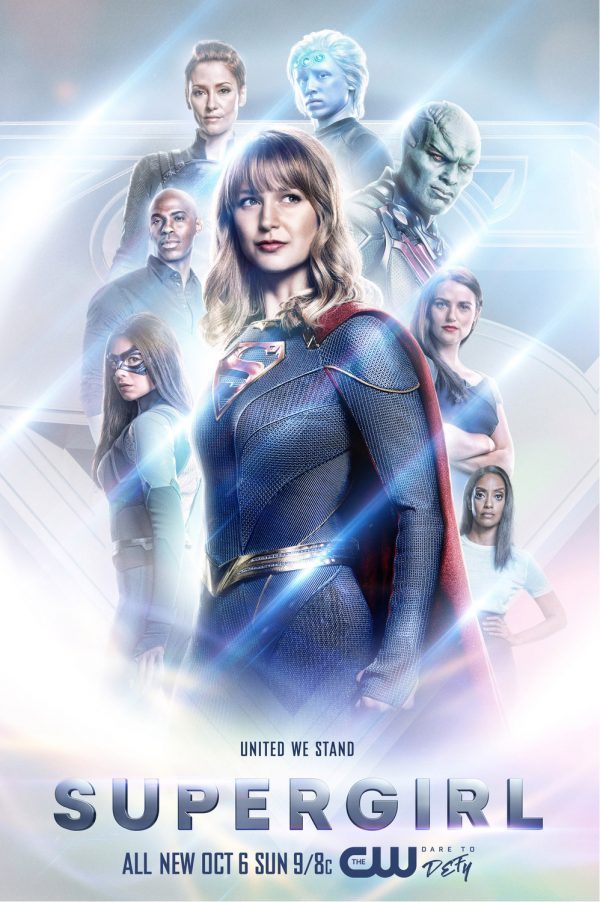 If you ever left the void of a REAL superhero in the Marvel/DC Universe, Supergirl is the show for you. The show follows Kara Zor-El who was sent to Earth from Krypton as a 13-year-old by her parents Zor-El and Alura.

Kara was meant to protect her infant cousin, Kal-El, but her spacecraft was knocked off course and sent into the Phantom Zone. By the time the spacecraft crash-landed on Earth, Kal-El had grown up and become Superman.

The series begins eleven years later when the now 24-year-old Kara is learning to embrace her powers and has adopted the superheroic alias “Supergirl”. Full of the best duels, the hottest powers, and the most gripping storyline, Supergirl has something for everyone. Surely a show that should never be missed! 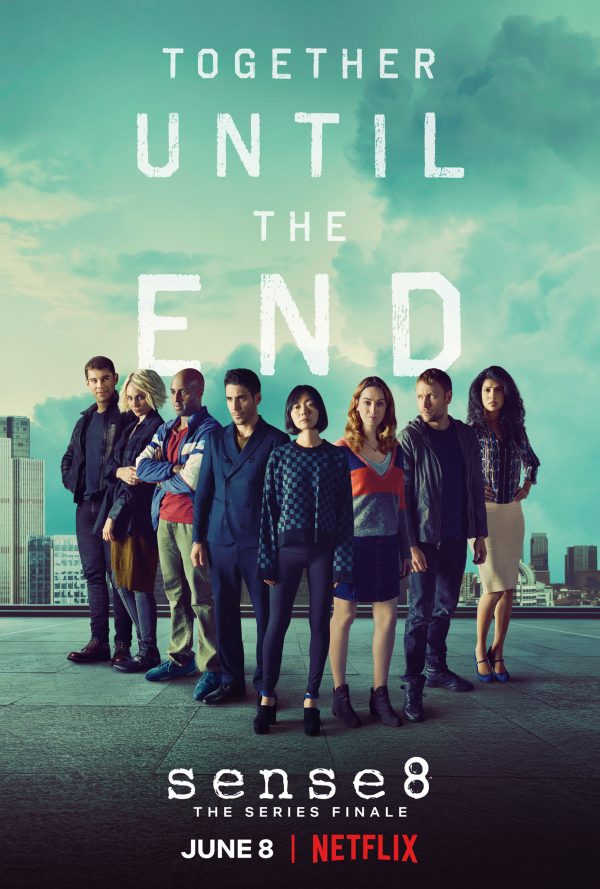 One of the shows that most certainly has the most loyal fan base in the world, when Sense 8 was canceled after season 2, petitions were signed and the uproar among its fans knew no bounds.

Though the show was still never renewed because of financial reasons but was given a 2-hour special finale separately, Sense 8 remains one of the best Netflix Originals till date. The biggest victory in the entire episode was the fact that Sense 8 had trans women at its helm and discussed many topics banned from the dinner table.

The story of Sense8 begins when the psychic connection of eight strangers from different cultures, with very different views on sexuality with being from parts of the world is “birthed” by a woman called Angelica, who kills herself to avoid capture by a man named “Whispers”.

The eight eventually discover they now form a cluster of “sensates”: human beings who are mentally and emotionally linked can sense and communicate with one another, and can share their knowledge, language, and skills. Full of great mystery and adventure, it will be a pity to miss Sense 8 and viewers of Umbrella Academy will appreciate the similarities as well as the differences. 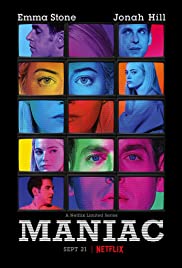 We save the best for the last!

Maniac is THE miniseries that allowed Emma Stone and Jonah Hill to hit career highs! Maniac is Netflix’s zany, dark, magical, comic and horror-thriller- all in one. In short, there exists no one word in the English Dictionary to accurately describe this genius piece of art. Maniac is a drug and YOU WILL GET HIGH ON IT.

Maniac follows two strangers, Annie Landsberg and Owen Milgrim, who connect during a mind-bending pharmaceutical trial conducted by Neberdine Pharmaceutical Biotech and overseen by their scientists Dr. James K. Mantleray and Dr. Azumi Fujita. The series bursts in and out of reality and fantasy at such a rapid pace that one starts to question the truth about any of it.

If you liked Umbrella Academy, it will be hard for you to believe a show like Maniac even exists. It is simply genius.

Umbrella Academy was a show on Netflix many loved, the list above shows you somethings even better. The best one you ask? Try for yourself. Binge-watch them all! What harm could it ever do?!