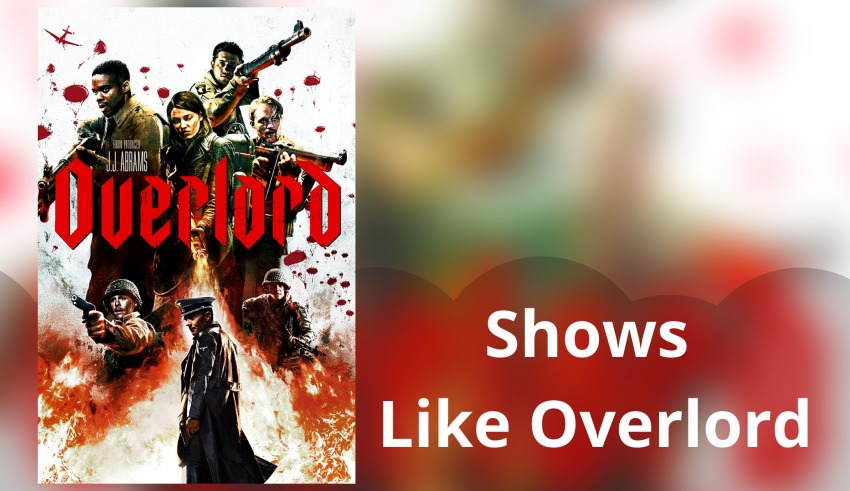 Love watching Isekai anime that takes you to a fantasy adventure land? Then shows like overlord is by far the best among all others in this genre. Showcasing the wonderful story of a virtual reality game that is about to get shut down forever, the protagonist Momonga, a veteran of the game, bravely plays the game till the end. To his surprise, the game is still going on even after the servers have been shut down. Momonga realizes he has been trapped in the gaming world. But he is determined to take control of this fantasy world through his experience.

With such a ruthless and powerful character, amazing virtual backgrounds, and graphics, Overlord gained massive popularity all over the world. It successfully completed three seasons and has the fourth season lined up for release worldwide. If you have not watched shows like Overlord yet, then waste no more time and try it. For those who are waiting for the fourth season, that’ll satisfy your cravings for Isekai anime shows like Overlord. Check out the recommendations! 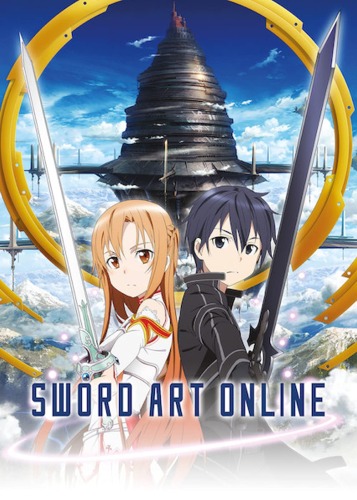 Starting the list with a fantasy–adventure anime series that is based on a light novel of the same name. The protagonist Kirigaya Karuto popularly known as Kirito in the show, is trapped in an AR (augmented reality) video game online. After putting in a lot of effort, Kirito realizes it is impossible to disconnect the fantasy video game. He has to complete the game to escape and get back to the real world.

However, things get serious when it is revealed that he has no lifelines. His death in the game will cause his death in the real world. With the help of his partner, Asuna, Kirito ventures into the adventure land to complete the game and come out alive. Together, they fight the hurdles and try to survive the dangers that the game puts them through, only to finish the ultimate level.

Sword Art Online is an excellent choice for those who love mainstream Isekai. It is an amazing show to binge on while you wait for the new season of Overlord.

The Death March to the Parallel World Rhapsody 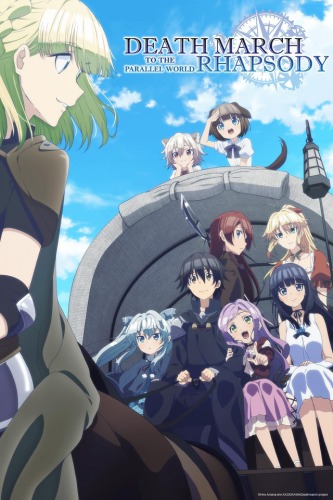 Another fantasy/adventure anime based on the novel of the same name is Death March to the Parallel World Rhapsody. This show follows the story of Ichiro Suzuki, a 29-year-old programmer and the protagonist of the show. Like Kirito in the show Swords Art Online, Ichiro is also transported into a parallel AR game world which is very similar to the game that he has been designing.

Finding his way out of the game, Ichiro prepares himself to clear all the levels. He fights the Lizardmen and accidentally kills a god only to find himself moving up from level one to 300. As he moves up to each level. He gains more strength and superpowers to fight the fantasy characters. Will he come out of the game alive or remain inside forever? Find it out by watching this show now!

No Game No Life 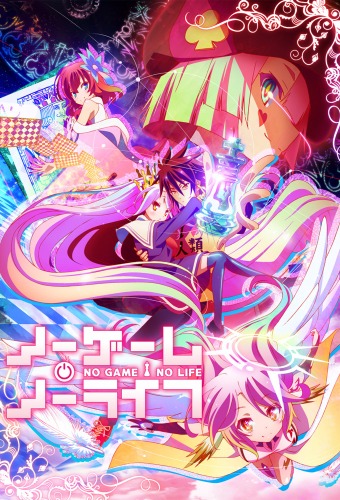 No Game No Life is a story of a brother and sister named Sora and Shiro respectively. In the gaming world, they are known as the unbeatable duo. Sora and Shiro are challenged by Tet, a God from the other world to play a game of chess. As expected, the duo defeats Tet and gets invited to enter different dimensions where they can win games and save the world from harmful consequences.

The first dimension that the siblings find themselves in is the human kingdom of Elkia. After defeating the rivals in Elkia, the siblings move to other dimensions to defeat different races of the world. As they return from their triumph, Tet challenges them again for a game off. Will Sora and Shiro defeat Tet this time? Find out by streaming No Game No Life now! 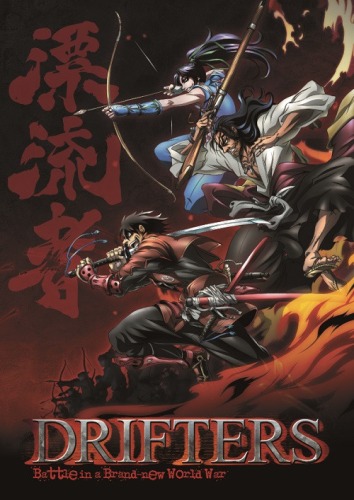 If you loved watching Overlord, you’ll probably love Drifters too. The theme of the show is quite similar to that of Overlord which takes you to a world inhabited by elves, dwarves, humans, and many other species. The story revolves around the life of a bespectacled man named Murasaki who gathers the ancient historical figures from different timelines to form a group called the Drifters.

Drifters have been called upon to fight the Ends, a group of evil warriors led by the Black King. Their purpose is to stop the End from destroying the world. Although the storyline seems to be pretty straightforward, Drifters bring a lot of flavor through different character developments and plot twists.

You may occasionally find forced humor between the scenes. However, it barely affects the original storyline. What we love the most about this show is its impeccable art style and action scenes that engage you right in. So, if you are looking for a good entertaining anime with a taste of the enchanted world then this show is right up your alley. 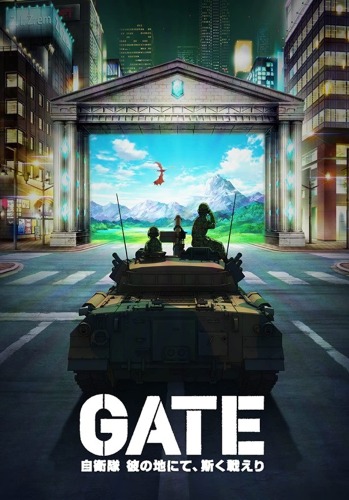 It is another show similar to Overlord with a magical plotline that blends magic with modern mechanized warfare. The series starts with the appearance of a mysterious yet intriguing portal in Japan which opens up a pathway for the unknown invaders to capture the city, causing chaos and disaster. Luckily, during this time, Youji Itami, the protagonist is present in the city attending a doujin convention. Looking at the mayhem, he fights the assailants and helps the civilians.

Looking at his army background and the willingness to save the world, he is appointed to lead a battalion into the mysterious portal to investigate the case. Backed by the Japanese self-defense forces, he enters the portal and finds himself in a fantasy world of magic and demons. How will Youji win against the demonic creatures? You’ll get to know when you watch the show.

Gate is one of the most exhilarating anime series in the Isekai genre which beautifully blends the current world with the fantasy evil world. From fighter jets killing the dragons to army officials battling the demons, you’ll enjoy all the adventures shown in this series. So, give it a go! 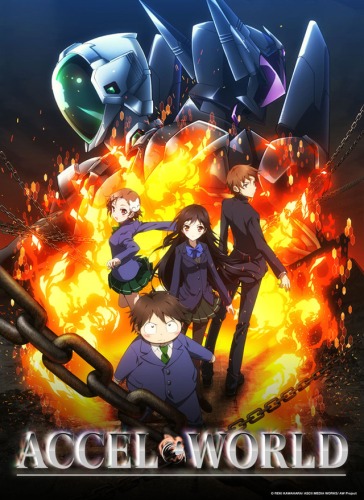 Accel World showcases the life story of the famous character Haruyuki Arita, who is an obese high school student. Haruyuki is introduced to Brain Burst, an online video game to escape from his bullies. This game allows the players to battle one another using different avatars. Every avatar has a unique power and in this case, Haruyuki’s avatar the Silver Crow gets the power of flight.

What makes this game different from the others is that it uses the neuro linker, a specialized device that connects the player’s brain to the online game. Accel World may not belong to the Isekai genre like the Overlord. But it does give you the feeling of being in a fantasy Adventureland. The virtual backgrounds and action scenes are worth watching. Not just that the character development of the protagonist throughout the series has its merit and provides a breath of fresh air to anime lovers.

Next on the list of best shows like Overlord, we have Inuyashiki – Last Hero that tells the story of redemption and giving second chances to live a better version of one’s life. The story of this series is very different from other shows on the list. It certainly does not transport the protagonist into a fantasy world but turns him into an over-powered character.

The story revolves around the life of Ichirou Inuyashiki who is battling stomach cancer and has been given a timeline of three months to live his life to the fullest. However, his life turns upside down when he gets caught in a blast of alien origin which converts him into an overpowered electromechanical cyborg. Along with Inuyashiki, a high school student named Hiro Shishigami also gets exposed to this transition. However, Hiro uses his power in the wrong way by killing and destroying innocent lives.

In one season itself, this show demonstrates beautiful interactions between the protagonist and the antagonist in an attempt to undo the wrongdoings. But this is not the end, the plotline has much more to give to its viewers. So, don’t miss out on this phenomenal anime that’ll fill your heart with horror, shock, and bittersweet human emotions. 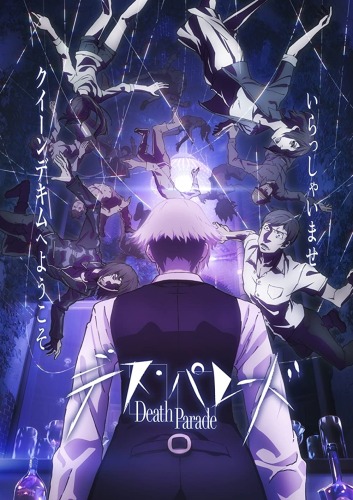 Death Parade is the most rewarding anime show that not only talks about the fantasy world and death games but also focuses on examining human behavior. The story revolves around the life of Chiyuki, who finds herself at an Afterlife Bar. Here, the deceased souls participate in the death games organized by Decim, the bartender. These death games are designed to provide the ultimate fate of the deceased soul. They decide whether the deceased soul will reincarnate or fade away forever.

The grim settings depicting the otherworldly storyline are what makes Death Parade similar to Overlord. While it talks about life after death, it provides deep insight into the human emotions and behaviors that come out naturally during such difficult situations. 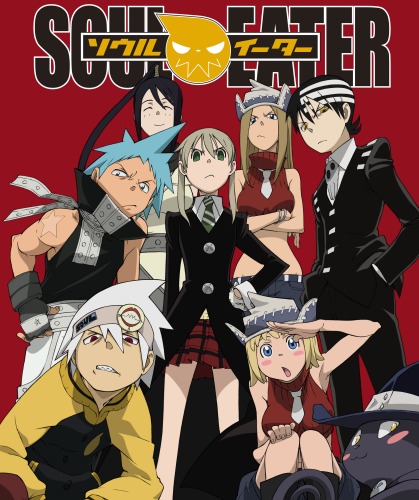 Last but not least we have Soul Eater, a show that shares a similar theme with Overlord. The storyline of Soul Eater follows Mako, a young student at the Death Weapon Meister Academy. She is a Meister in training along with her partner, Soul Eater. Mako with two other Meisters Black Star and Death the Kid, partake in many fantasy adventures. As the story unfolds their adventures, provide a lot of background information about the fantasy worlds they visit. This includes the history of the witches and Excalibur, a famed old sword.

This dark-themed fantasy anime blows your mind with its phenomenal storytelling and character development. If you’ve missed watching shows like Overlord, then give Soul Eater a try. You will be delighted to watch this series. 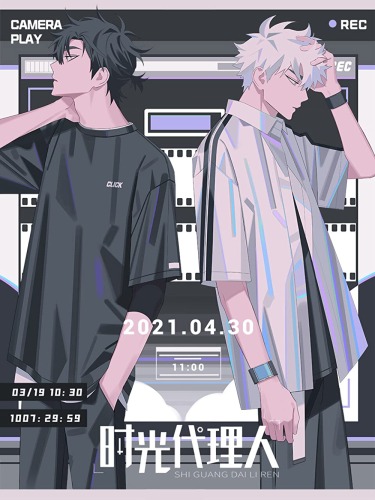 Much like Overlord, Link Click does not exactly fit into the Isekai (otherworld) genre. However, the storyline falls close to this concept where the protagonist is transported to a place in a photograph. Cheng Xiaoshi and Lu Guang run a Time Photo Studio where they time travel into specific photos of their clientele to complete their tasks and requests.

Made by the popular Chinese animation company Haoliners Animation League, this original donghua series brings an interesting storyline with compelling cliffhangers. The first episode may seem to be heartbreaking but it hooks the viewers’ right from the beginning. It is mesmerizing to see the duo diving into different photographs trying to complete different missions despite the risk of meddling with the future.

They even encounter a serial killer on their way back into the past but this does not stop them at all. Watch Link Click if you want a break from the Isekai genre anime. It’ll be a complete entertainer that’ll keep you hooked till the end of the series just shows like Overlord did.

Overlord is one of the top-ranking anime whose popularity has been soaring high with every season. If you have watched the three seasons of Overlord, you’ll know how intriguing its storyline is. The show is typically based on a light novel of the same name and is one of the best shows for sci-fi game lovers. While you wait for the fourth season of Overlord to release. Check out the above list of shows that’ll fill the void of watching Isekai anime.

These movies are inspired by a similar concept as that of Overlord showcasing compelling storylines, amazing action scenes, and mesmerizing views of the fantasy world. Make sure you go through all the shows on the list to pick the best out of the lot. And when you finish watching shows like overlord , come back and revisit the page to pick the next anime.