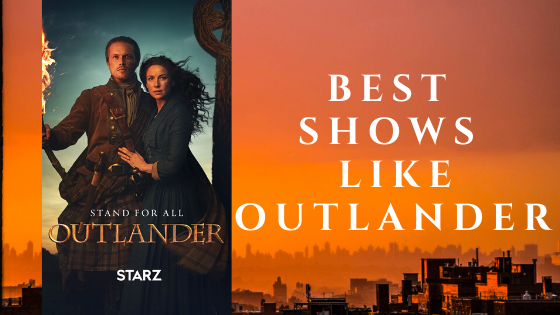 A steamy fantasy saga wrapped in the deepest human emotions, Outlander has gripped our screens since its premiere. It is one of the few shows that has been difficult to classify into a single genre, tampering with many at once and shockingly, excelling each time.

Some of the Jamie and Clara moments have been one of the greatest ever witnessed on television and the subtle portrayals is nothing short of a masterpiece by Picasso. Outlander revolves around the story of a British Nurse, our heroine who slips in time, from 1945 to the 1740s- an age that is much less refined and much more bloody. She falls in love with a Scottish rebel and the story enfolds it magic further.

Thus, if your thirst for shows like Outlander still remains unquenched, we have compiled a list of series similar to it- ones that offer some or the other prominent element that forms a part of Outlander.

Disclaimer: the order of shows does in any way indicate any ranking system. Opinions solely belong to the author. The availability of each show is dependent on the respective country. 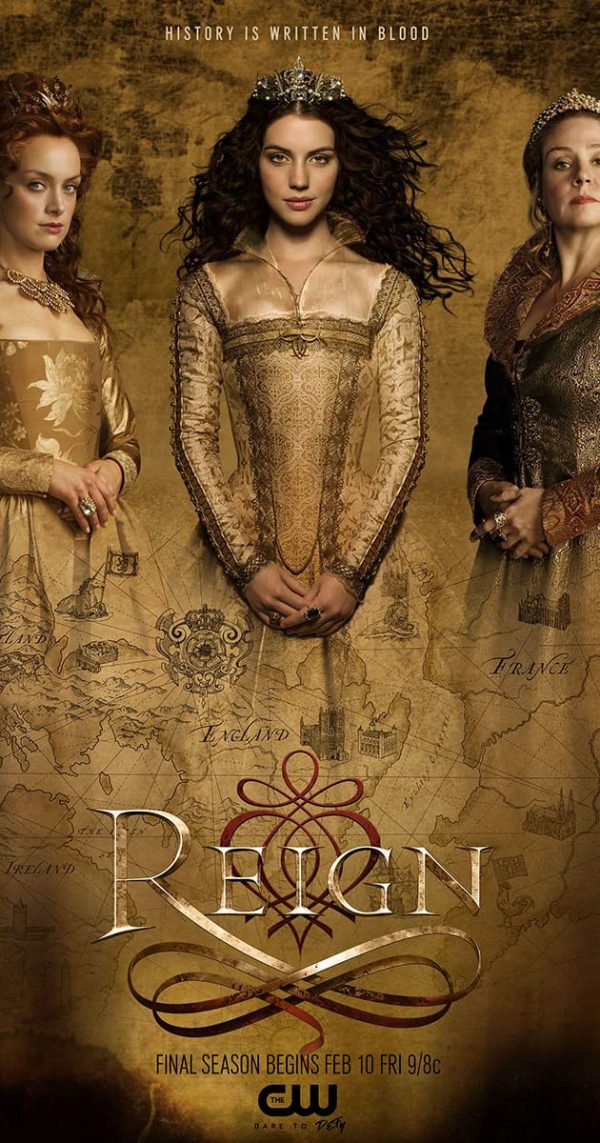 The blood shall flow. Heads shall be slain. Swords shall clink. And loves shall be forbidden. All in the hunt for the ultimate power. For the longest reign.

If the above words entice you, excite you then ‘Reign’ is the show for you. A show set in the 1500s that navigates the life of Mary, Queen of Scots- the one who has been shamed, who has been famed throughout folklore and history for her bravery and for her adultery.

The show focuses on not just Mary, but the numerous people and royals alike who surround her, be it those who wish her dead or those who love her deeply. Each episode brings with it a fresh dash of drama, conspiracy, and love. Filled with enormous castles, posh accents, and wars alike, Reign is an ultimate drama that is sure to reign our screens for long.

Onto to its fourth season now, Reign is the one show, viewers of Outlander will truly embrace without a hint of doubt. 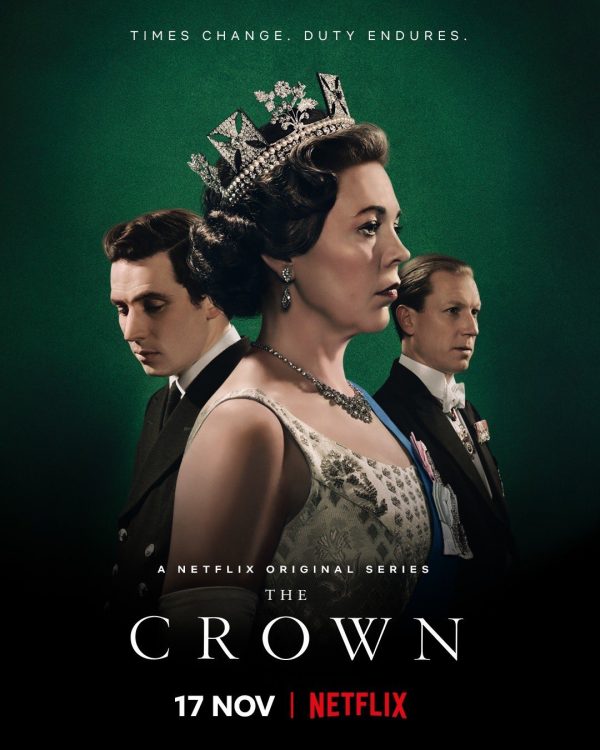 The most astonishing thing about this wildly famous show is that it’s based on the current reigning Queen Elizabeth II. It chronicles her journey from the time the crown incidentally landed on her head in the 1940s to the modern-day. Events in her personal life, political rivalries, romances all tell the tale of how it came to affect us living in the 21st century today.

The crown effectively and strikingly hits all the right history markers. And boasts of impressive performances by each of the cast members. The show allows one to view Elizabeth in a humanly light- navigating her queendom, wifehood, political position among others all at once while taking control of her country, or rather even at times seeming to lose it.

The Crown is the most extravagant jewel in Netflix’s crown and the lovers of Outlander shall appreciate it for all that it offers. 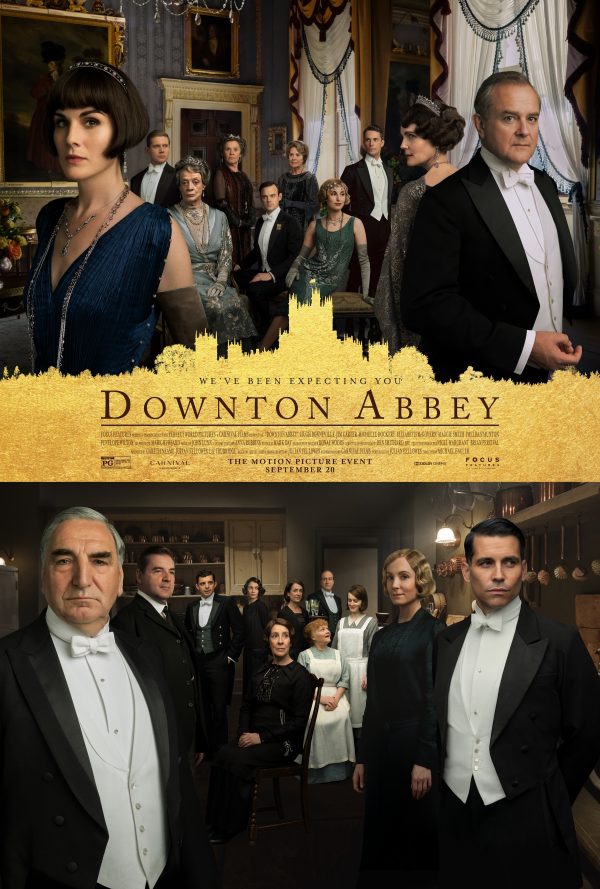 A masterpiece in its own right, Downton Abbey is a staple in British households, the one show that has soon become an identity to British culture and shall remain so in the years to come.

The drama that unfolds throughout Downton Abbey is less of ‘Reign’ or ‘outlander’ which sometimes head into the supernatural, instead, it is one that offers the right punch lines, conspiracies, romances, wars, and illegitimate children alike.

A show that can be gulped down in one sitting, Downton Abbey leaves you breathless with each season, leaving you to crave for more. Fantastical dresses, the literal ‘Upstairs-Downstairs’ routine and the hoard of characters keep you on your toes without a moment to spare. Multiple storylines roping you in all at once, Downton Abbey reminisces of Jane Austen, only with more than a streamlined plot. 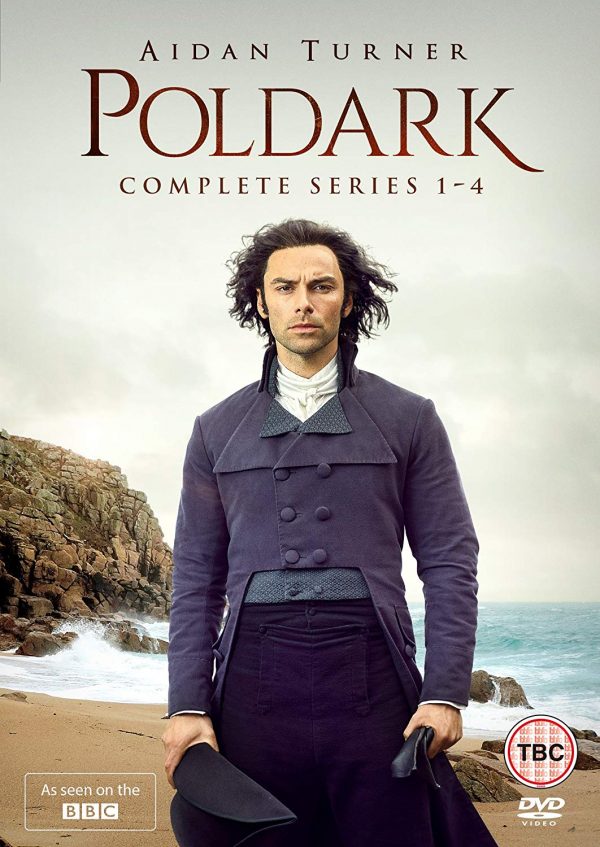 The perfect BBC series for all those looking for a distressed hero who shall rise to the occasion while retaining the rugged, rough, and yet the most gorgeous looks.

Poldark is the story of the man who returned from war only to find his family estate in ruins, his father dead, and his sweetheart engaged to his cousin. And with his return, a series of events is set into motion that is sure to give you enormous ‘Outlander’ vibes.

From the evil plots to the most handsome cast or …the most handsome Poldark, the show quenches the desires of all those who miss ‘Outlander’. Fast-paced horses and the most beautiful backdrops, Poldark is right out of a dream.

Fiery dragons. Bloody wars. Irreversible spells. Unexpected deaths. Steamy romances. All for the one throne. To rule them all. George R.R. Martin’s epic fantasy series Game of Thrones has dominated screens across the globe for a decade.

From President Barack Obama to Snoop Dog, it is difficult to find any adult who is not a GOT fan. The show is a complete package of everything that ‘Outlander’ has to offer and even more. If you still haven’t watched it, its high time. For Winter Is Coming. 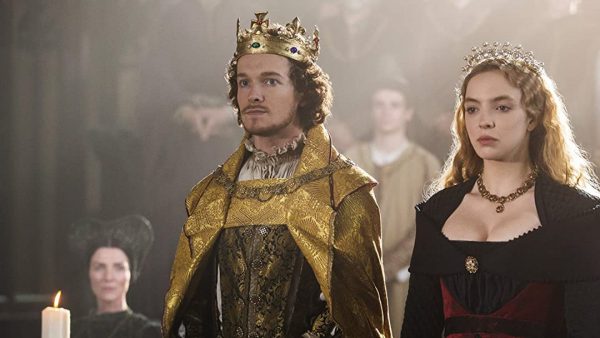 A show that portrays a fictionalized but all the more dramatic version of the most complicated moments in English history. Filled with long lost sons, hidden lusts, dark passions, and the most conspiratorial heroine, The White Princess provides a more cunning spin on Outlander while retaining the love story at its heart.

Unlike Jamie and Clara, Elizabeth and Henry marry much to their despise of each other. They are supposed to bear children and reconcile their in-laws. And over the process, from their hatred blossoms a love- one that none of them sees coming.

A female-centric version of history, The White Princess is a mini-series that is sure to leave you confused and chaotic while wanting more at the same time. 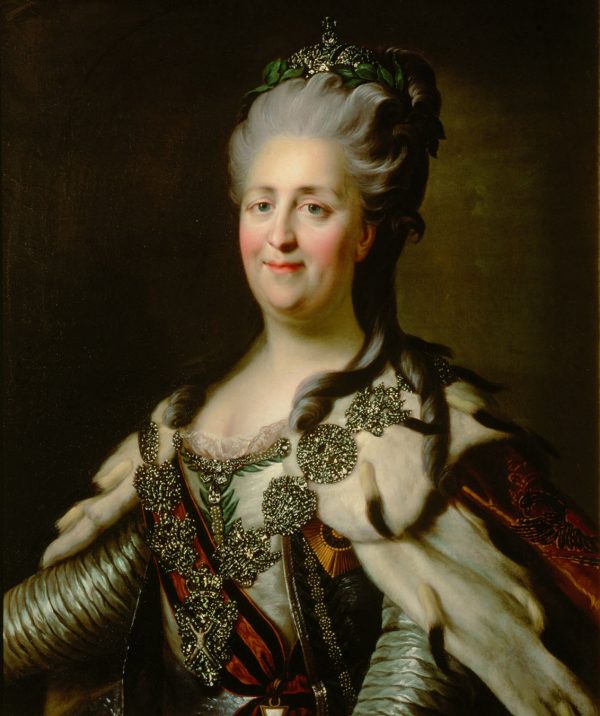 She is a woman ahead of her time, of her countrymen and as she delivers in the trailer, she will not share her throne with anyone. A woman who never bowed to the whims and fancies of men who claimed to be above her, Catherine The Great is a periodical drama that is sure to appeal to the sensibilities of all the feminists of the modern-day.

She loved. But her love was never greater than her throne. And thus, she was slain. She was Catherine The Great.

Available now on HBO and Starz. 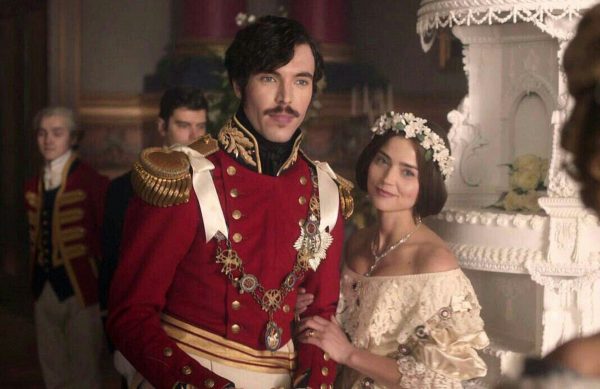 This British period drama chronicles the life of one of the greatest monarchs in history- Queen Victoria. From the time she was just a girl turning 18, still often playing with dolls and suddenly having the crown of the world’s greatest nation on her head, the show is an excellent insight into the Victorian Era.

Reminiscent of exhilaration and a magnificence, Victoria does not simply play with multiple storylines within the family, instead, it truly focuses on her relationship with Prince Albert and all that it took her to adapt to being the greatest Queen in the world on the King’s sudden death.

The show makes one think of the current reigning royal family and one inevitably compares both. Victoria is sure to be loved by the viewers of Outlander for its innocence and tumultuous setting alike.

The show narrates the tale of the founding fathers of modern espionage. In 1776, Abe Woodhull, a simple farmer becomes America’s greatest weapon against Britain, giving it information through double agents, covert operations, and code-breaking, ultimately helping to turn the tide in favor of America.

Filled with wars and the most clandestine operations, Turn keeps one engaged from start till the end, and lovers of Outlander shall embrace it for its similarity of sci-fi, historical fiction elements as well as a gripping storyline. 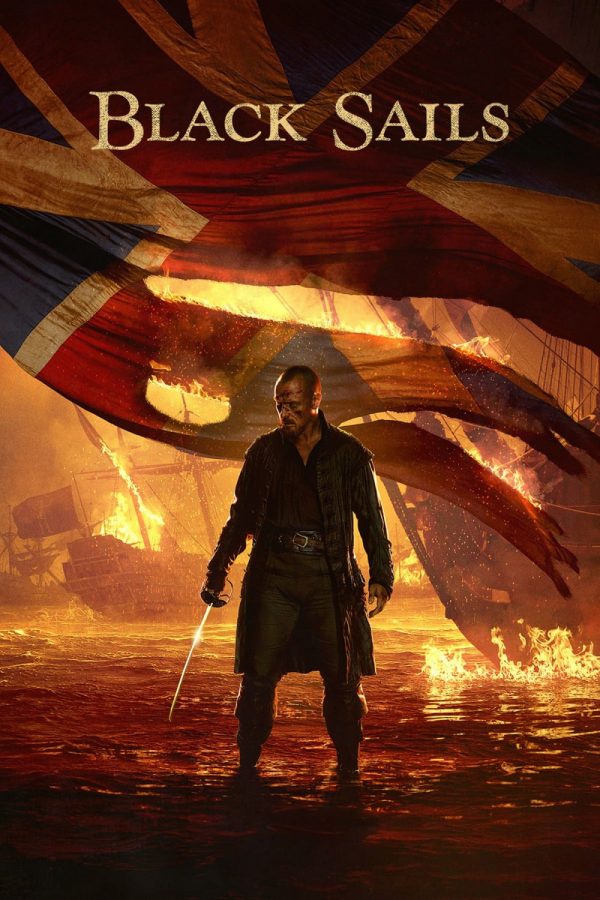 Black sails are for all those Outlander viewers, whose lust and passion for adventure and blood is yet to subside. Technically, a prequel to Treasure Island, Black Sails boasts of deadly ventures to the seas, explores its protagonist- Captain Flint’s sexuality, and transports you to the 18th century- The Golden Era of Piracy.

The series deepens Flint’s character, allowing us a glimpse into his story. Black Sails teems with prostitutes, thieves, pirates, and fortune seekers alike. Captain Flint aligns with Eleanor Guthrie, daughter of the local kingpin to hunt the ultimate price and ensure his people’s survival. And with this alliance comes many more obstacles.

It will be a pity to miss the Black Sails. Available now. 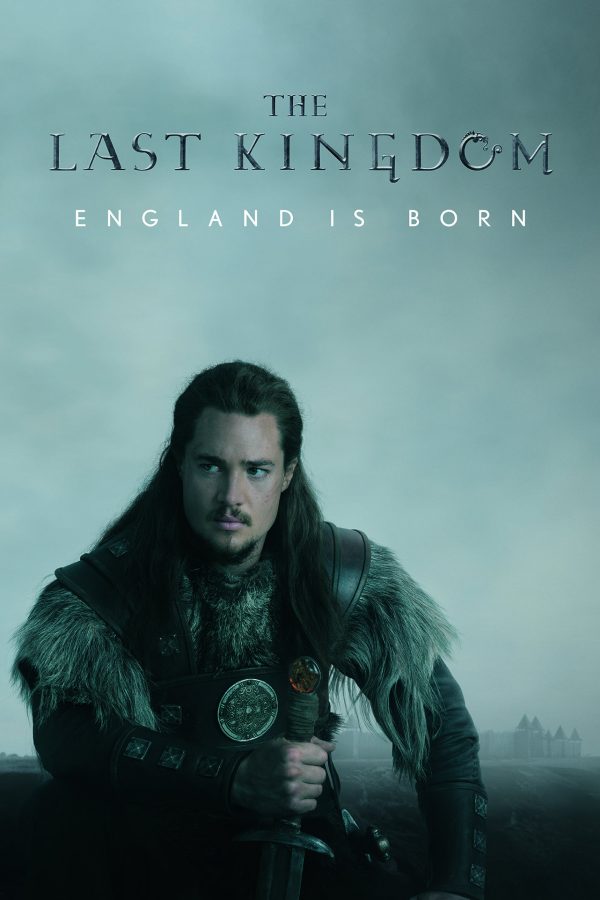 If you truly miss the bloodshed and the wars in Outlander, then ‘The Last Kingdom’ is the perfect show for you. During their invasion of England, the Danes capture Uhtred, a young successor of Saxon earldom, and raise him as their own.

Years later, Uhtred’s loyalties are put to the test by the Danes. The series is based on the bestselling books by Bernard Cornwell of the name The Saxon Stories.

The blood and gore are relentless with a dash of transformations, honest relationships and tears. Especially in quarantine, this is the best show to watch.