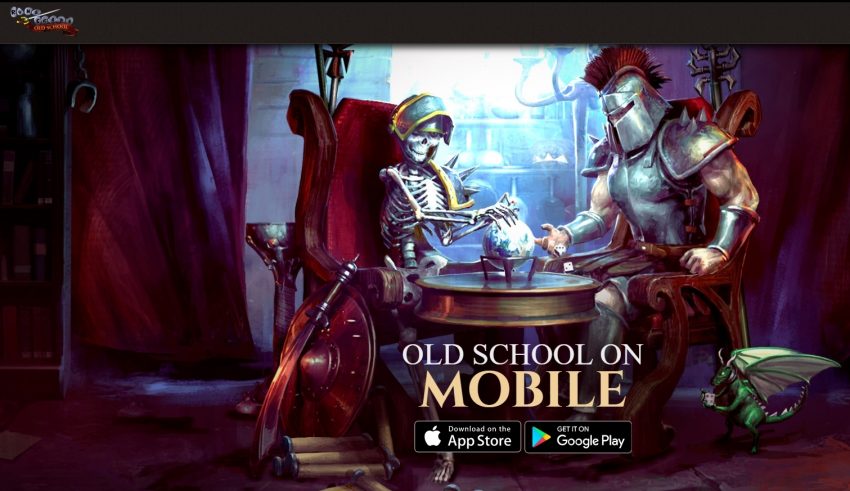 If you are among the Old School RuneScape(OSRS)  loyalists who always eager to grind even when you are on the road, you will be glad to know that OSRS is finally out on mobile.

It’s the same old RuneScape that you used to know and love—only on mobile! For old school guys, a review such as this will likely reinforce what you already know. For the newbies out there, some of whom are still wondering whether or not to pick up the game, let me guide you through experience so you’ll know exactly what the mobile version of OSRS has to offer. Hopefully, you’ll get to rack up a lot of OSRS gold along the way!

Of Gamers, By Gamers 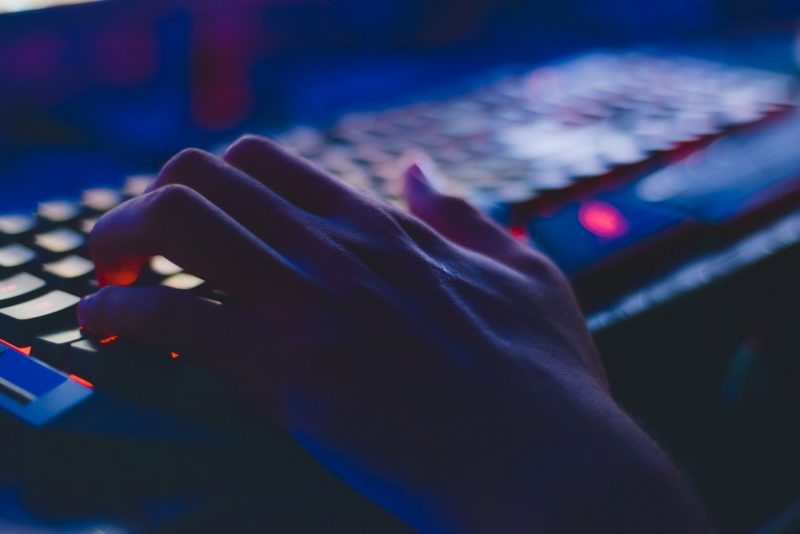 OSRS’ Jagex proudly proclaims itself as one of the few game developers in the market that actually listens to its player base. Players come up with proposals and if they can muster the support of 75% of the player base, then the Jagex promptly adds them to the game.

This makes OSRS a massively community-driven project. As for the gameplay, there are no classes; only skills. Everyone has the same 23 skills, which can be broadly grouped into combat skills like Strength and Defense, crafting skills like Smithing and Mining, and cooking skills like Fishing and Firemaking.

Gold is the staple currency of the game and is used for every single tradeable item in the game, as well as for various services offered. Grinding is an important aspect of the game as it enables you to earn gold and experience points needed to level up your skills. If you’re worried about not having enough gold, you can buy it to keep pace with the others.

From PC to Mobile, Vice Versa 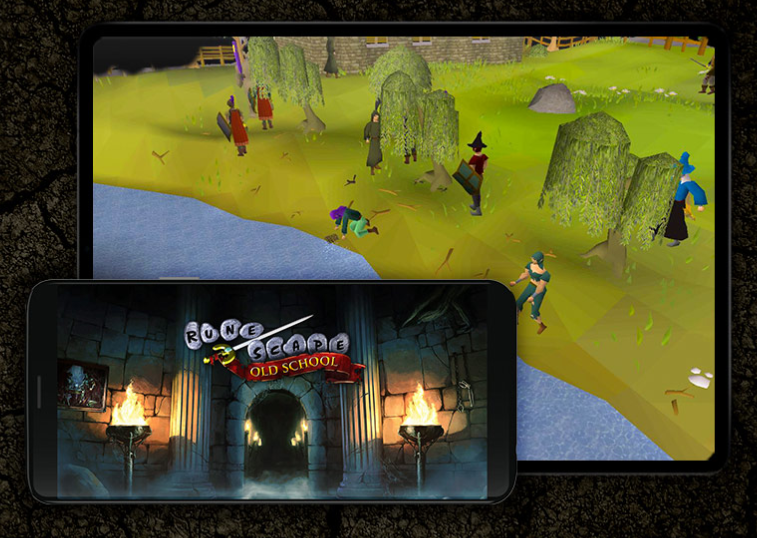 What OSRS offers that makes it a cut above other RPGs is the autonomy it gives its players. If you don’t mind the steep learning curve, intricate reading guides, and elaborate wikis a little bit at the start, the free-flowing sense of adventure and the sandbox environment offered by OSRS will engage and delight you for hours on end.

OSRS lets you be your own master. Be it becoming a lone wolf pushing through individual challenges or banding together with others for sheer conquest, the vast expanse of lore-filled quests, unique characters, engaging challenges, and alluring boss fights paints a grand tale tovividly capture the players’ interest. Jagex has worked hard to bring the same feel of OSRS to the mobile platform.

They have even gone the extra length of making the game cross-platform, which means that whether you are playing on mobile or on desktop, you will be playing with the same account and in the same world!

Coming to the world, OSRS boasts a huge map and offers lots of places to traverse—complete with loads of history to learn. The storyline is rich and has epic-puzzles and enchanting narratives. You can discover new things as there is no fixed way of doing things here. The game has a good sense of humor with funny events and sequences.

Hunting is an enjoyable activity due to the sheer number of ways you can do a task. The short and quick animations are fun and add a distinct charm to the game. At the latter stages of the game, the ever-lengthening EXP bars might seem a daunting task, and can feel a little dull at times. The Crafting skill is particularly tedious. It’s slow and you have to do the same thing repeatedly. The graphics are a bit old-school and might not go down well with lovers of the modern gameplay.

However, the retro-style graphics has its own fanbase and is one of the stand-out features of the game. It also ensures that the game requires minimal resources to run without adding undue pressure on the device. The music is nostalgic and the orchestral remakes are a fan-favorite!

The Ups, The Downs

The game is free-to-play, but it also has a subscription that provides added benefits such as a bigger world map, additional skills, and extra quests. Although there are some added advantages to the subscription, the free version is pretty well off and is not bombarded by advertisements which are quite common in other F2P games these days.

All in all, the user experience is quite good and veteran players and loyalists who have tried the mobile version have loved it for its closeness to the original version. Although, on the downside, the controls on mobile aren’t exactly smooth and having a small screen can in some ways hamper your experience. The game feels much more comfortable on tablets.

All the activities aren’t meant to be done on the mobile. Firstly, your battery isn’t going to support hours of grinding, and even if it does, you might come down with cramps after hours ofrepeated tapping. The best way to experience the game will be to mix gameplay on the desktop and on mobile. The text is also quite small and some users have complained about the text being unreadable in small devices. There have also been a few issues pertaining to connectivity and maintenance of servers.

The above issues that I have pointed are in no way encouragements to not try the game. These are just some things that one should know before committing to the game.  Old School RuneScape mobile is a complete package and fans couldn’t really ask for more. Regular updates make sure that the game stays interesting and not just a repetitive grind for more OSRS gold. The Jagexteam has been working to bring life to the tedious parts of the game.

On mobile, the game runs smoothly and has a slick and classy look. As OSRS has proved it, the game will remain an excellent play for years to come, and even amidst the hoopla of modern styles, it manages to retain old values and the thrill of playing together. In my opinion, the game is a must-try for anyone who wants to explore the MMORPG genre as this is a game that keeps getting better with age.

When it comes to gaming, we can define it as one of the most important components of the w…