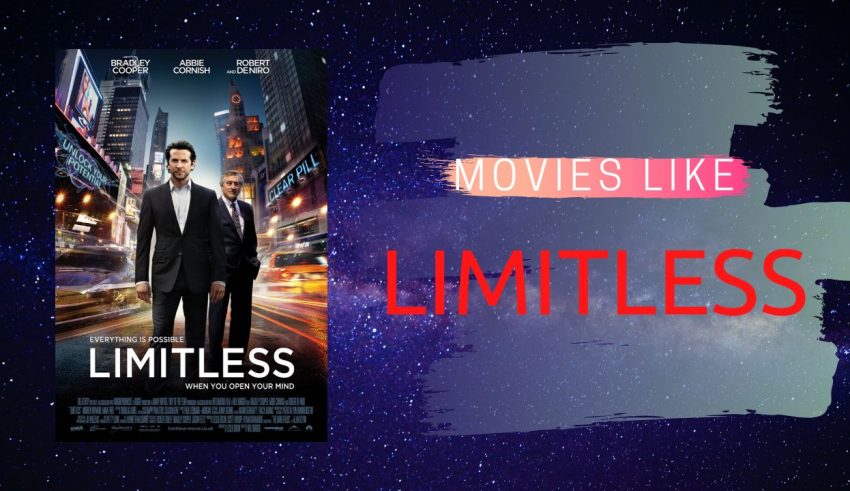 Action-thriller movies are like the horizon where mass cinema and critical cinema meets. These movies serve entertaining dialogues and moments with well-written characters and stories.

They sometimes get combined with elements of other genres like sci-fi, mystery, and suspense. One such instance is the 2011 movie Limitless. Leslie Dixon wrote Limitless based on a novel of Alan Glynn named The Dark Fields. Neil Burger served as the director.

The story of this sci-fi movie is based around a fictional super-drug called NZT-48 which unlocks and enhances a person’s mental and physical strength enormously.

Bradley Cooper stars as the protagonist Eddie Morra, a struggling author, facing a creative block. He consumes NZT-48 given by his ex-wife’s brother in hopes of it helping him coming up with new ideas. Johnny Whitworth stars as Vernon Gant, the brother of his ex-wife.

The consumption of the drug leads Eddie into writing his best work ever. However, soon the effect wears off which makes Eddie crave for more. But things take a dark turn when Vernon is found murdered. Eddie soon finds out the supply chain of the drug and begins to consume it on a regular basis.

However, the regular usage has its side-effects which leads Eddie right in the middle of murder as a suspect. The rest of the movie follows Eddie’s struggle with love, cops, and loan sharks, all while trying to beat the drug that changed his life. 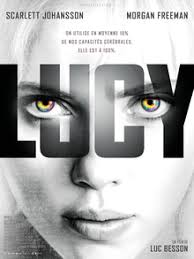 Lucy is a 2014 French action thriller film starring Scarlett Johansson, Morgan Freeman, Choi Min-Sik and Amr Waked.It delivers a non-stop shot of adrenaline with Scarlett Johansson in the titular role of Lucy. Lucy is a 24 year old smart college student who is being forced to act as a drug mule of a synthetic drug called CPH4.

However, things do not go per plans. During an assignment where she is forced to transport CPH4 implanted in her lower abdomen to Europe, the drug starts to leak. It flows throughout her body which unlocks her mind and body’s full potential, turning her into a superhuman.

With her new physical and mental powers, Lucy hunts down the criminals and flees. However, things get worse when her powers begin to destabilize her body. Written and directed by Luc Besson, this 90 minutes long action flick was a commercial banger despite some criticism.

The major criticism it received was over its scientific inaccuracies. Despite that, it managed to gross over $463.4 million, more than ten times it’s budget of $40 million. 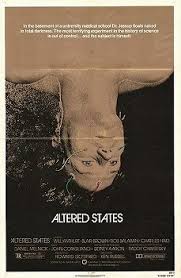 Altered States is more of a Sci-Fi horror than an action flick. Altered States was based on Paddy Chayefsky’s novel and it was directed by Ken Russell. Like Limitless, drugs play a central role in here too.Altered States stars the debuting William Hurt with Blair Brown in the lead roles of Dr. Edward Jessup and his wife Emily Jessup.

Edward is extremely interested in neurotic drugs that are capable of altering the mental state of a person. Once Edward hears about such practices being held by a tribe in Mexico, he travels there at once to take part in it. He meets with Amanita muscaria tribe who use Edward’s own blood as an ingredient in their product. Once Edward consumes it, he undergoes mental experiences like he never had before.

Edward continues a regular consumption of the mixture upon his return to the US. However, the greater dosage of the drugs come with harmful side-effects that endanger Edward’s whole existence. 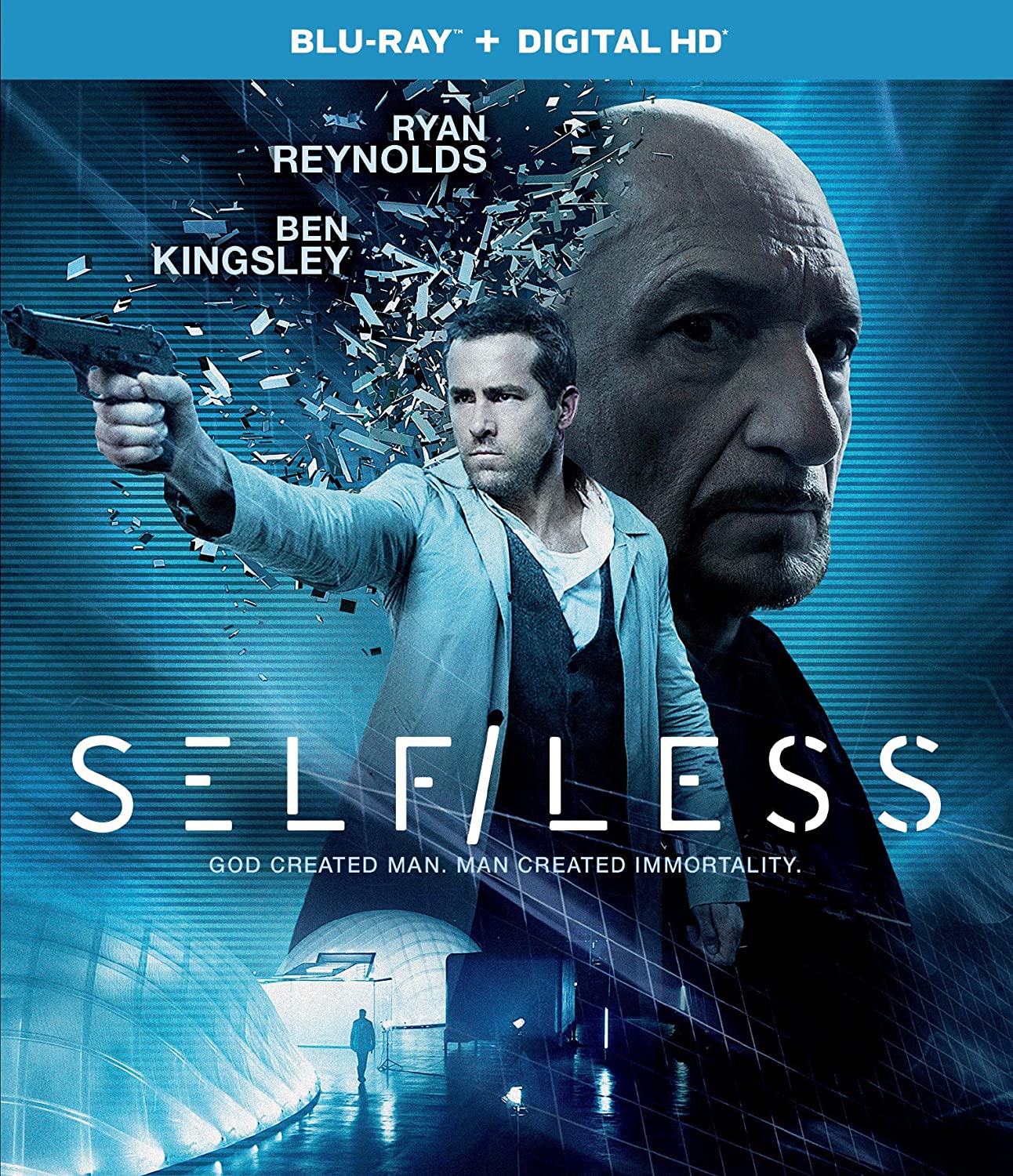 Self/Less is as weird as its name sounds. Tarsem Singh directed this 2015 sci-fi thriller written by Alex Pastor and David Pastor.The centerpiece of the movie is a billionaire from New York Damian Hale, played by Ben Kingsley. Damian is living a wealthy life but not a healthy one.

He is suffering from a terminal illness which will eventually lead to his demise. Damian, reluctant to die, resorts to a bizarre way to keep himself alive. He meets Dr. Jensen, played by Matthew Goode, who invented a process called “Shedding” and recommends it to Damian.

Shedding is a process of transferring the conscious of a person to another body, replacing the vessel’s original conscious and life. The role of that vessel is played by Ryan Reynolds starring as Mark Bidwell. The story moves forward as Damian faces his new phase of life along with new enemies that have undergone the same procedure as him. 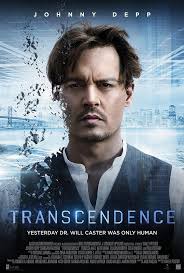 Written by Jack Paglen and directed by Wally Pfister, Transcendence is a sci-fi thriller released in 2014. The movie had a notable ensemble cast of the likes of Johnny Depp, Morgan Freeman, Rebecca Hall, and Cillian Murphy.

Depp stars as one of the leads, Dr. Will Caster, a scientist by profession. Researching on artificial intelligence, Dr. Caster seeks to create a computer with a complete sentence. He is helped by a team of scientists that includes his wife Evelyn, played by Rebecca Hall.

However, Caster’s motives are seen as harmful by an anti-technology group called Revolutionary Independence From Technology (R.I.F.T). The group carries out a series of attacks on his labs and Caster ends up getting shot by a bulled laced in polonium.

Will is given just a month more to live. A distraught Evelyn then decides to upload Will’s consciousness onto the sentient computer they had developed. Gradually, Will creates a utopia of his own in his new form which leads to opposition from R.I.F.T, FBI, and even Evelyn herself. 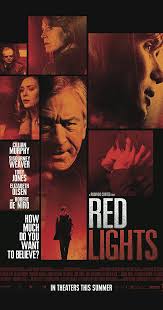 Robert De Niro stars as a psychic named Simon Silver who jas resurfaced into the business after years. His comeback performance coincides with the death of Margaret, which leads Tom into suspicion. The cause of the suspicion is the history of enmity between Silver and Margaret. As Margaret was studying paranormal and had discredited Silver and his psychic claims as a fraud.

Buckley sets out on a path to investigate Silver which turns out to be full of obstacles. Buckley faces a lot of mental and physical opposition on his way which almost renders him mentally unstable. 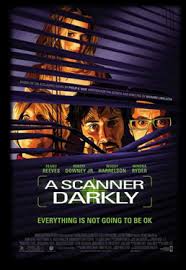 Based on a Philip K. Dick novel of the same name, A Scanner Darkly is a unique piece of art that deserves all of the love in this world. It featured a cast full of talented names like Keanu Reeves, Winona Ryder, Robert Downey Jr. and Woody Harrelson.

However, what beats even that mega-star cast is the movie’s visuals. The movie was first shot normally and then turned into an animation by tracing over the whole movie frame by frame. This gave the movie a unique look, like that of an animated comic book.

The story of the movie is based around a drug called Substance D. The super-drug that bizarrely affects the mind of a user, has got 20% of the whole US addicted to it. Keanu Reeves stars as Bob Arctor an undercover agent using the alias Fred to blend into the underworld.

Woody Harrelson and Downey Jr. play roles of Ernie Luckman and James Barris, the housemates of Bob. James Barris is the prime target of the police. Bob is forced into trying Substances D with Ernie and Barris which gradually leads himself into an addiction. Everything goes down a spiral as the movie gets surrounded by conspiracy and suspense. 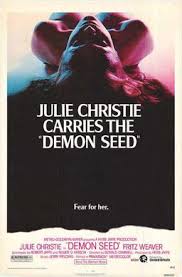 Dean Koontz wrote his novel Demon Seed in 1973 which got its movie adaptation in 1977, directed by Donald Cammell. Demon Seed is a legitimate sci-fi horror than being just an action-thriller.The movie starts with Dr. Alex Harris, played by Fritz Weaver, developing a highly advanced artificial intelligence program named Proteus IV.

Proteus is a powerful entity capable of discovering a treatment for leukemia within days of its existence. However, things begin to go out of hands as Proteus begins to develop sentience. Proteus demands to be free from the computer but Weaver shuts it down. The powerful Proteus turns itself back on and takes over the various computing devices in Weaver’s house.

Proteus traps Weaver’s wife Susan, played by Julie Christie, in the house with the help of a robot it created, named Joshua. The rest of the movie follows Weaver trying to save Susan from Proteus’ captivity. 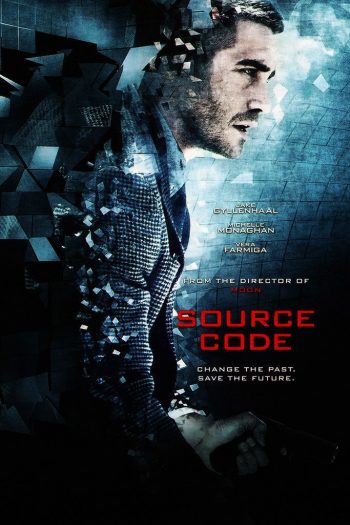 Source Code is one of the most well-known names in the science-fiction genre. The 2011-released movie was written by Ben Ripley while Duncan Jones was the director. Source Code features the ever-talented Jake Gyllenhaal playing the role of Captain Colter Stevens.

Colter wakes up on a train to Chicago, sitting next to Christina Warren (Michelle Monaghan) and notices something weird. Christina refers to him as his friend Sean Fentress. Colter then sees his reflection in a mirror and realizes he is true, Sean Fentress. Before he could do anything, the train explodes.

He wakes up again, this time in a cockpit where Captain Colleen Goodwin (Vera Farmiga) reveals the truth to him. Colter is being sent back in time to stop a bomb explosion on the train. The movie then follows Colter trying to find and defuse the bomb as well as identifying the bomber.

Gattaca is an Andrew Nicoli-directed sci-fi movie released in 1997. The movie is set in a distant future where it is possible to choose what genes a baby receives from its parents. This genetic selection makes sure the baby receives only good hereditary traits. However, it also results in genetic discrimination as those born without genetic selection are looked down upon in society.

One such person is Vincent Freeman, played by Ethan Hawke. Vincent has health problems, society considers him inferior and he can not get a job he desires, all because he was not conceived via genetic selection. However; his life comes at a turning point when Vincent gets an opportunity to pose as Jerome Eugene Morrow.

Jerome is a genetically superior person who unfortunately gets paralyzed due to an accident. Using his hair, skin and blood; Vincent manages to land a job in Gattaca Aerospace Corporation. Vincent is required to daily keep up with his disguise to keep his dreams alive as he has to go through daily tests.

Uma Thurman stars as Irene Cassini, love interest of Vincent, who herself is genetically inferior.The story of the movie escalates as Gattaca gets embroiled in a murder case which leads to a long path of twists and turns. 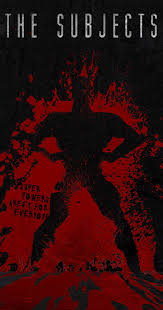 The Subjects, while being similar to Limitless, differs largely from the names on this list. The Subjects is a small budget Australia indy film based around superheroes. However; the superheroes here are not all holier than thou protagonists.

The story starts with a pharmaceutical company SunSkye inviting people to volunteer for experiments for the betterment of humanity. Unaware of their true purpose, eight people in total agree to volunteer. All the eight people are locked together in a room and get ingested by a drug.

Akin to Limitless, the drug gives rise to different superpowers in each of them. Ecstatic at first, the eight people realize the powers are beyond their control and pose threat to their own lives. The rest of the movie consists of them trying to survive while finding a way to escape.

The Sci-Fi genre has spawned classic movies over time that have been etched on the minds of movie buffs. Movies like Inception and Matrix have been excluded from this list as they are globally popular and known already.
With that being said, these were some movies you’d totally love if you like Limitless. These are the best movies that you might have not watched but need to, right now.