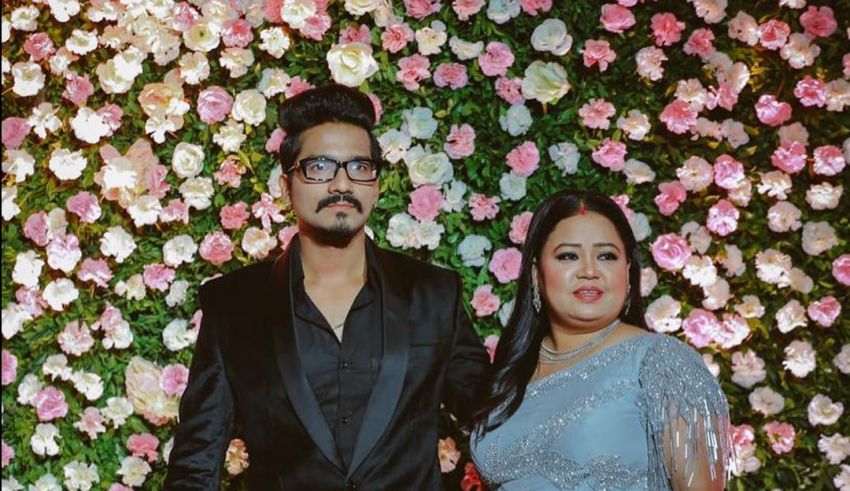 Haarsh Limbachiyaa is an Indian television script writer who is noted for his work in Comedy Circus and Comedy Nights Bachao. Although less popular for his work, Limbachiyaa is known more as laughter queen Bharti Singh’s husband. The couple tied the knot recently in a grand ceremony last year and has been happily married ever since. Lets take a glimpse into the writer’s fascinating life. 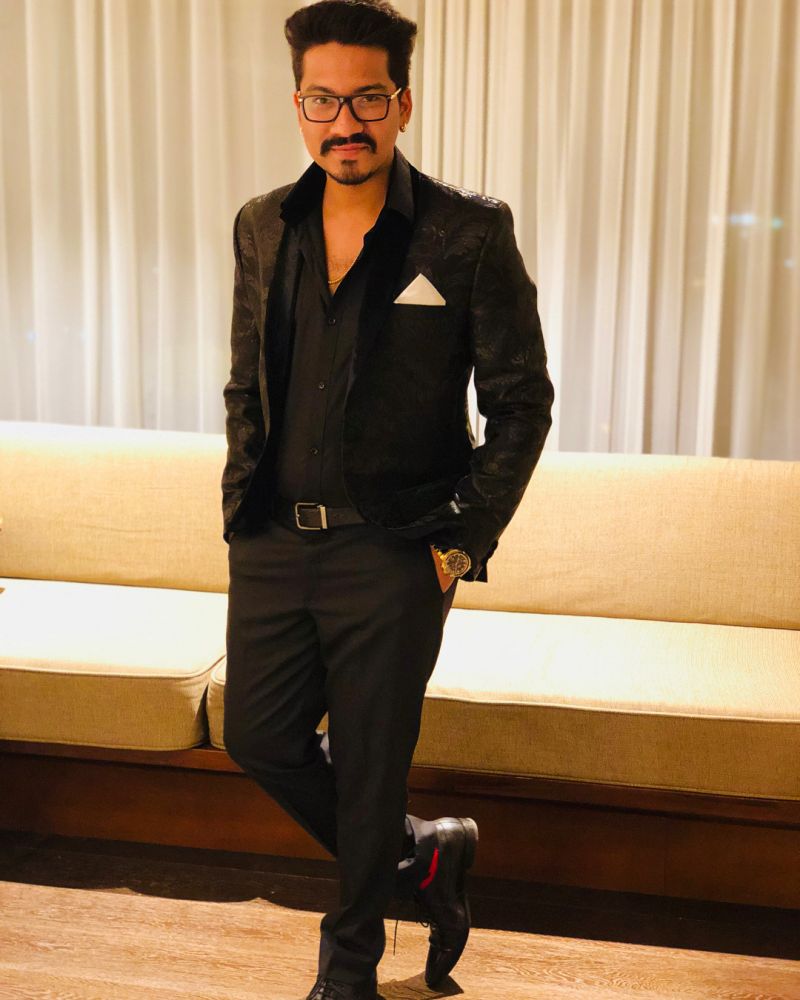 Haarsh is a fitness enthusiast with a decent stature of 5’8″ and weighs around 60 Kg. His physique is muscular and fit and he is seen sporting a mustachio with French cut. Haarsh has dark brown eyes and black hair. 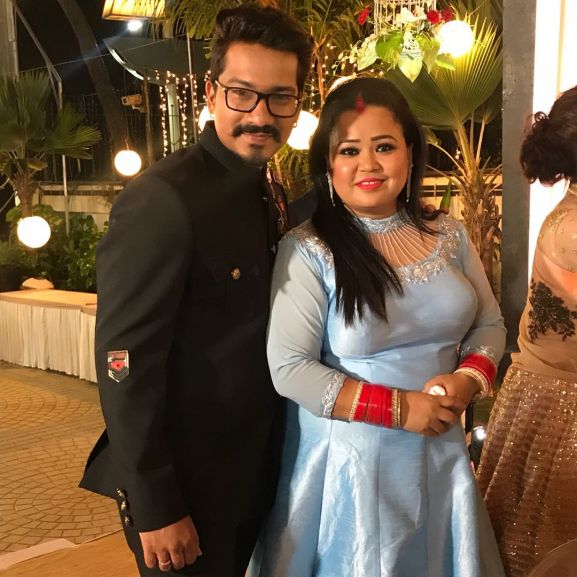 Born into a middle-class Gujarati Indian family, Haarsh has been born and brought up in Mumbai. He is very close to his parents and resided with them in their Mumbai house until he got married last year.

Ever since he was a kid, Haarsh had a passion for writing and aced at creative writing in school as well as in college. Haarsh has completed his schooling from Sardar Vallabhbhai Patel Vividhlakshi Vidyalaya, Kandivali West, Mumbai and is a graduate from K.E.S Shroff College of Arts & Commerce, Mumbai.

Right before his marriage to Bharti Singh in December 2017, Haarsh started his own production company by the name ‘H3 Productions’ with an aim to make web-series, TV shows and movies. Haarsh launched the banner with collaboration with Ishaan Dutta who is the ex-CEO Priyanka Chopra’s production house.

Haarsh stated in an interview, “I am extremely happy to announce the formation of my dream project with Ishaan. We both hold a common passion of creating high-value content and bringing it alive to the varied audiences. I am currently at the most satisfying phase as two of my big dreams — marrying my love Bharti and setting up my banner — are coming true at the same time!” He even mentioned that he is willing to cast Bharti if and when there is a suitable project for her. 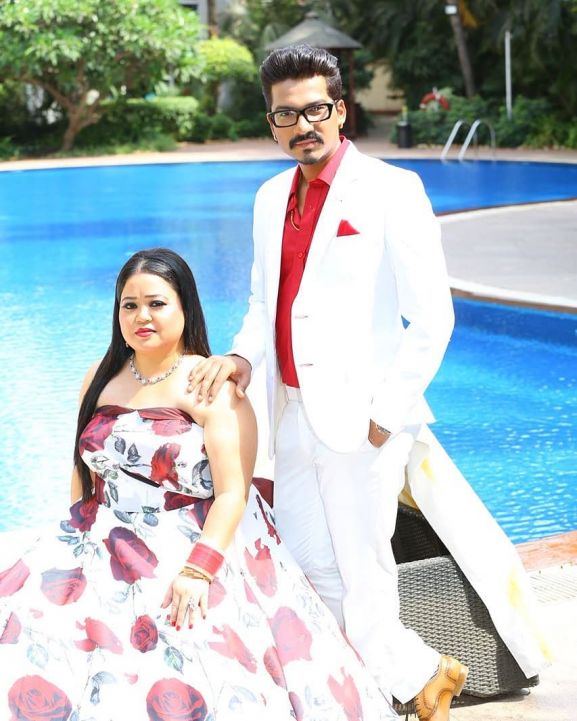 On December 3, 2017 Haarsh tied the knot with his long term beloved girlfriend Bharti Singh. The duo met at the set of one of the shows where they were working together and instantly fell in love. Haarsh is four years younger to Bharti but the couple was so smitten for each other that they didn’t care about the ‘unconventional’ age gap.

The much in love couple shared glimpses from their pre wedding shoot where Haarsh could be seen carrying Bharti on his back. As the caption on the picture, Haarsh wrote,”You kissed my flaws and made them perfect. You touched my fears and made me brave. You loved my brokenness and made me whole.” Well, Haarsh and Bharti’s PDA laden pictures surely left us teary eyed!

The couple’s wedding took place in Goa, India and was altogether a three-day affair with many invitees like Shahrukh Khan, Salman Khan, Karan Johar, Madhuri Dixit and Malaika Arora. Haarsh wore royal blue sherwani for the wedding, a black tuxedo for reception and a bottle green suit for the cocktail party. From making invitees list to making all other wedding arrangements, everything was done from scratch by the couple to make the wedding their dream wedding. The wedding also saw rendezvous of many famous celebs and comedians like Kapil Sharma and Krushna who are close to the couple. After their lavish wedding ceremony, the duo honeymooned in Europe and shared their avid snaps from places like Budapest, Italy and Greece on their social media.

In 2017, Haarsh and Bharti were seen together for the first time as a couple on Nach Baliye season 8. They were evicted quite early into their eventful journey on the show.

Right after the couple spent their romance filled honeymoon in Europe, Haarsh and Bharti were seen together on the show Khatron Ke Khiladi which was shot in Argentina.
In September 2018, Salman Khan announced on the launch of Big Boss 12 that Haarsh and Bharti will be one of the celeb jodis in the house. The couple even announced they they’d be planning their baby while on the show. However, they never entered the house and the show later announced,”The couple was never supposed to enter the house. It was just a gimmick by the show to create some buzz.” While it was all just a publicity stunt, the couple was paid quite handsomely for their stint. 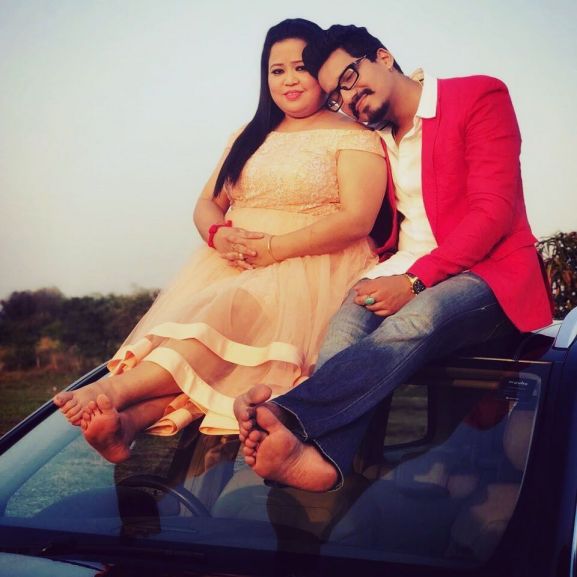 In June 2018 Haarsh was trolled by people for buying his luxury car. People lashed out on social media and accused Haarsh of using his wife’s money to buy the car. Upset with the whole fiasco, Haarsh’s wife Bharti Singh cleared the air on a chat show and stated that the car was bought by her husband with his hard-earned money.

She added, “He bought the car from his hard-earned money. He works tirelessly, day in and night out and keeps me really happy. I am so proud of my husband.” Way to go Haarsh!

With a propitious career and promising love life ahead of him, we wish the dynamic writer all the best!