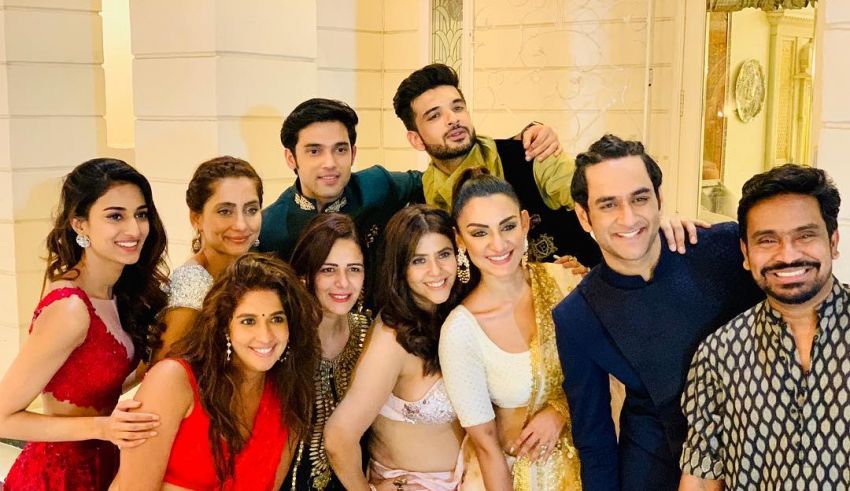 Erica J Fernandes is an Indian television actress best known for her roles in TV shows Erika Rang Pyaar Ke Aise Bhi (2016) and Ekta Kapoor’s Kasautii Zindagi Kay 2 (2018). Even before starring in TV shows, Erica did modelling and rose to fame after she participated in Femina Miss India 2012. Apart from this, she has a versatile movie list to her credit. She has worked in Kannad, Tamil, Telugu and Hindi movies before venturing into the realm of Indian television and has made head turns with her beauty and talents.

Erica has a very petite body structure. She has a decent height of 5’5″ and weighs around 50 Kg. 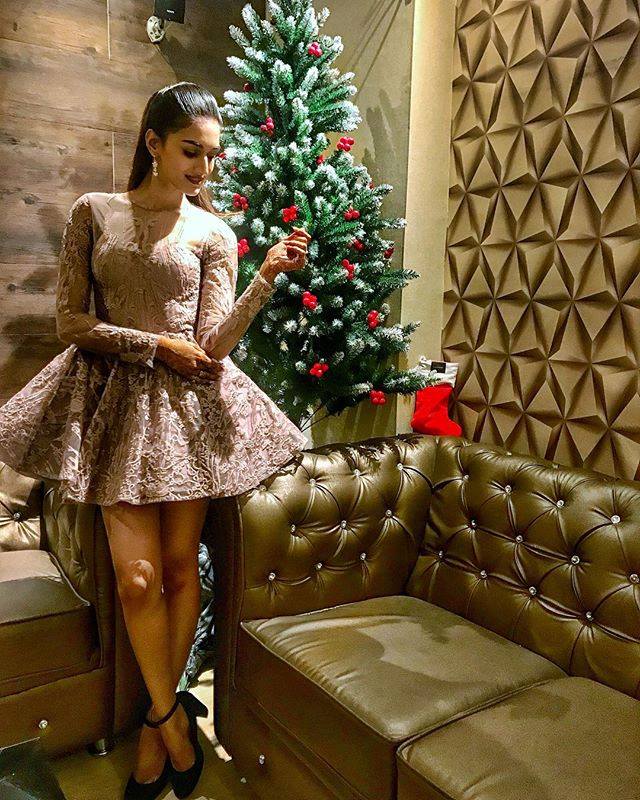 Erica was into a Konkani Mangalorean Catholic family of Karnataka. Her father, Ralf Fernandes is a designer by profession and also works as a manager for his daughter. Erica’s mother, Lavina Fernandes has worked with AirIndia and Bank of America. Erica has been raised with Catholic values and even sports a ‘cross’ tattoo on her right wrist to prove her faith.

She has an elder brother Jermaine Fernandes who works at ‘Ernst & Young’ in Mumbai.

Erica has done her schooling from Holy Cross High School, Kurla in Mumbai. She then did her pre-degree course from SIES College, Sion. Eventually she enrolled herself for a BA degree at ST. Andrew’s College Bandra in Mumbai but dropped out to pursue a career in modelling and acting. Due to her father’s prolonged illness and after his third heart attack, Erica pursued modelling in full swing to support her family financially. This made her financially and mentally independent at just a tender age of 16 years.

Before Erica’s career at Indian television matured, she undertook a lot of minor and major modelling assignments. Her first major breakthrough came when she finished among the top 10 finalists in Femina Miss India Beauty Pageant 2012. Even before this, she won titles like ‘Pantaloon Femina Miss Fresh Face 2011’ and ‘Pantaloons Femina Miss Maharashtra’.

In 2013, Erica first starred in the Disney TV show The Suite Life of Karan & Kabir, based on the famous American Disney show The Suite Life of Zack & Cody. The show ran for 2 seasons and Erica had a very minor role in the show. She was next seen in the same year in the Tamil psychological thriller film Ainthu Ainthu Ainthu. The director of the movie came across pictures of Erica at his colleague’s office and instantly decided to cast her in his movie. Erica played the role of a software engineer and the love interest of actor Bharath Srinivasan. The film was well received after which Erica signed a couple of other movies.

In 2014 Erica made her debut in her first Kannada movie Ninnindale, a romantic-comedy, where she starred alongside actor Puneeth Rajkumar. In the same year she debuted in her first Hindi movie Babloo Happy Hai, a movie about friendship and love. Though the movie didn’t do very well on the box office, Erica’s portrayal of her character Natasha earned her appreciation.

In 2014, Erica’s first Telugu romanic film, Galipatam hit the theatres. The movie received overall positive reception while Erica was praised for her “maturity of character portrayal” and “good job as a software professional.”.

Her major breakthrough came with her lead role in the TV serial Kuch Rang Pyaar Ke Aise Bhi (2016). In the show, Erica played the love interest of Dev Dixit (Shaheer Sheikh’s character) who was a successful business tycoon. After the death of his father Dev grew close to his mother and eventually fell in love with Sonakshi Bose (Erika’s character). However, this relationship is disproved by Dev’s mother and the show focuses on reconciliation among the three characters. The role of Sonakshi earned Erica some major appreciation of her entire career.

In 2018, she was seen in the much anticipated remake of Ekta Kapoor’s Kasautii Zindagi Kay (2001). Kasautii Zindagi Kay 2 (2018) focuses on the love story between two lead roles, Anurag and Prerna (played by Karan Bhanusali and Erica Fernandes respectively). According to her recent interview, the actress exclaimed that she relates a lot to Prerna’s character and her sense of independence. 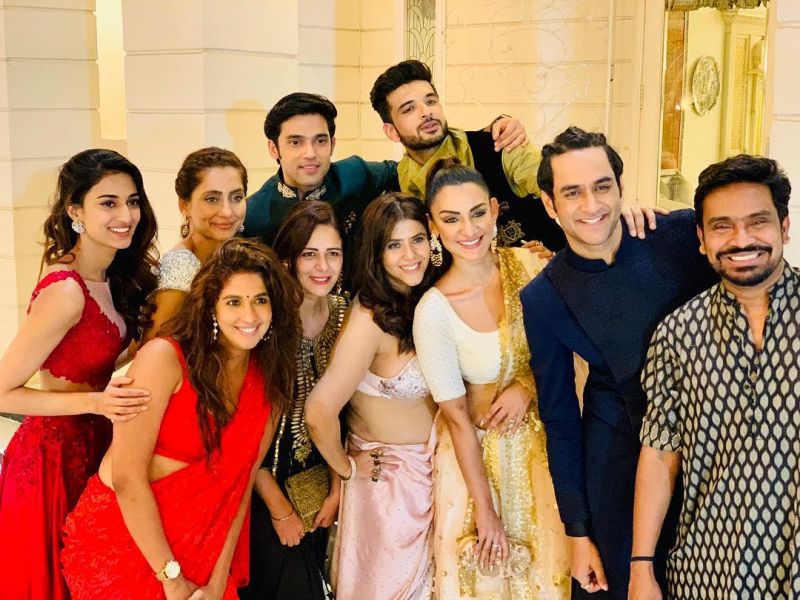 Before the show went on air, Erika had lots of mixed emotions and was unsure whether she would live upto the expectations dawned on her shoulders. As a matter of fact, she really did! The show has been on TV since September 2018 and Erica’s performance as Prerna has received tremendous positive feedback. In a way, she has brought back the memory of old Prerna and relived the character to her fullest.

When it comes to relationships, Erica likes to keep mum. Although, she has been linked to her previous co-star, Shaheer Sheikh every now and then but Erica always brushes the rumours aside by calling Shaheer her “close friend.” Their sizzling on screen chemistry was a precursor to their alleged offscreen hookups to which Erica responded by saying, “Shaheer and I were good friends. We shared great chemistry because of our off screen rapport.”
The actress as of now is single and feels that it is very important to marry someone who respects you. She also feels that looks are not everything, a person should have a good heart and should be loving. Well, we hope she finds her ideal lover soon! 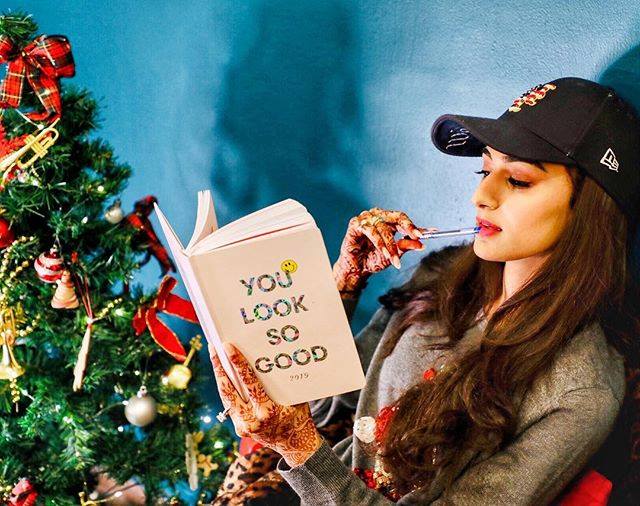 With immense talents and a versatile character, the actress is sure to ace in the coming times. We couldn’t be more thrilled to see her slay with her charm and her beauty!