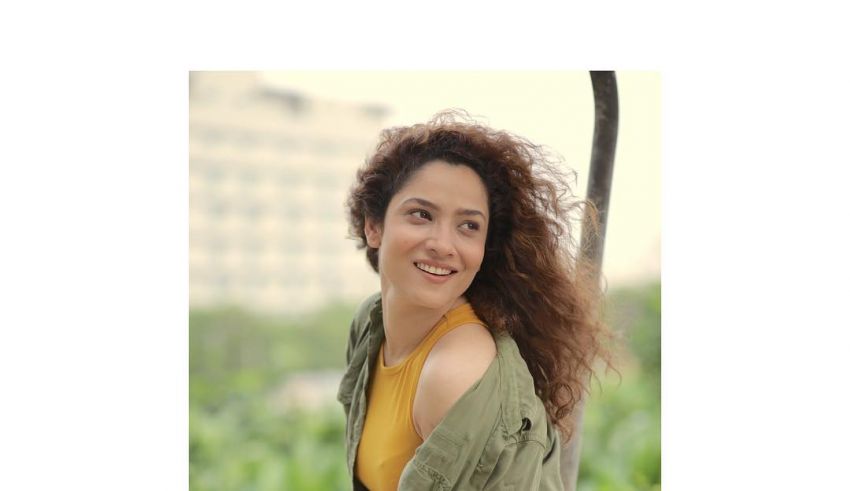 Ankita Lokhande is an Indian television actress who rose to fame after her hit television series Pavitra Rishta (2009). Soon after her success with Pavitra Rishta, Lokhade became a household name and came to be lauded for her amazing performance on the show. Conquering the television realm, the actress is all set to make her big debut on the silver screen with her upcoming Bollywood film Manikarnika: The Queen of Jhansi (2018). Lets dig a tad deeper into the immensely talented actress’ life.

Ankita was born on 19 December, 1984 and is 34 years old as of today. She was born in Indore, Madhya Pradesh India.

Ankita is 5’6″ tall and weighs around 54 Kg. She has brown eyes and her hair color is black. She is extremely passionate about staying fit and regularly visits the gym to keep herself in shape.

Ankita was born in a middle class Hindu-Marathi family to Shashikant Lokhande and Vandana Pandis Lokhande. Ankita’s father is a banker while her mother is a teacher and a homemaker. She has two siblings; a brother, Sooraj Lokhande and a sister, Jyoti Lokhande. Although Ankita was born in Indore but her hometown is Ujjain, Madhya Pradesh. Ankita’s family has always been very supportive of her throughout her career and continues to do so.

Ankita completed her schooling from Indore and proceeded to university to pursue graduation. After completing her studies in 2005, she went on to pursue acting.

Ankita started her career in television in 2006 as a participant in talent hunt show Idea Zee Cinestars. Before featuring on Zee Cinestars, Ankita was all set to take the training for air hostess but halted it midway to audition for Zee Cinestars. Although she did not win the show but managed to bag the position of ‘Best Dancer’ which brought her under the limelight. She was then approached by several directors and producers offering her roles in TV commercials.

Idea Zee Cinestars installed Ankita into the film industry and she quickly came to Mumbai in search of good work. After four long years of working, she eventually landed the lead role in Ekta Kapoor’s Pavitra Rishta in 2009. Pavitra Rishta was a romantic-drama show where Ankita played the dual roles of Archana and Ankita. The show focuses on the love story of a couple Manav (played by Sushant Singh Rajput) and Archana, their love and marriage, their divorce and series of unfortunate events that follow after that. The show ended on a positive note with Manav and Archana uniting once again. The show stopped airing in 2014 but due to its immense popularity, it is re-aired on Zee TV from September, 2018 onwards.

Pavitra Rishta proved to be magnum opus in Ankita’s career after which she was seen on Jhalak Dikhhla Jaa Season 4 in 2011. Although Ankita didn’t win the show, she managed to make quite an impression on the audience. She was seen on Comedy Circus with comedian Kapil Sharma in the same year.

In 2013, Ankita played the role of Pragya in Ekta Kapoor’s mini series Ek Thhi Naayaka which was created for the promotion of Ekta Kapoor’s film Ek Thi Daayan.

In 2016, Ankita was rumoured to be launched into Bollywood with Sanjay Leela Bhansali’s Padmaavat. She was seen visiting Bhansali’s office a couple of times during this course. However, how true this news was, only Ankita knows. She opted out of the project as she felt she wasn’t ready for it. She even stated in an interview that she “missed out” on a wonderful opportunity.

In 2017, Ankita was believed to be a part of the film Torbaaz opposite Sanjay Dutt. It was speculated that Lokhande would be seen playing an Army Officer opposite Dutt in this film. The air was cleared later on by the director Girish Malik who stated that no one was approached for the film besides Sanjay Dutt. This was the third time Ankita’s probable entry into Bollywood was speculated, earlier she was reported to be a part of Shahrukh Khan’s Happy New Year too.

After a hiatus of several years, Ankita will finally be seen in upcoming historical-fiction Manikarnika: The Queen of Jhansi. The movie is set to release on 25 January 2019 where Ankita will be seen portraying Queen of Jhansi’s sidekick, warrior Jhalkaribai. This is Ankita’s debut in Bollywood where she will star opposite Kangana Ranaut. All eyes glued to Ankita this year! 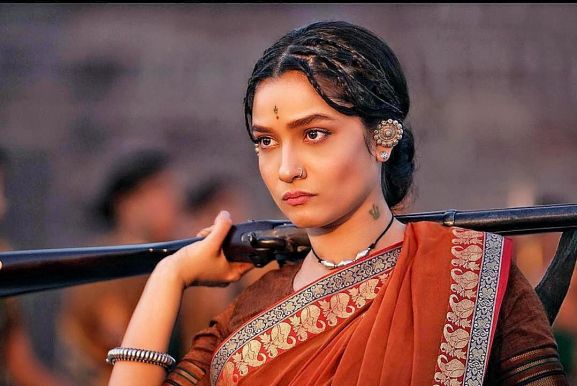 Ankita was in a live-in relationship with her Pavitra Rishta co-star Sushant Singh Rajput from 2010 to 2016. The duo instantly became popular and attended innumerable parties and functions together. They made their relationships public after Sushant proposed to Ankita on the sets of Jhalak Dikhhla Jaa 4 where both of them were contestants. Sushant supposedly got down on one knee to propose to Ankita to which she said “Yes.”

They had no qualms about being seen together and were often spotted going on dinner dates and award functions as a couple. In mid-2016, rumours sparked of their break-up after Ankita tweeted some tweets on self-love. The couple was about to tie the knot when this unfortunate news broke out.

"So many years of education yet nobody ever taught me how to love myself and why it's so important" pic.twitter.com/AER7zCz4ZD

The actress has since been linked to a Mumbai-based businessman Vicky Jain. Although nothing has been confirmed from Ankita’s side but rumours of her marriage are doing rounds on social media. A source told The Times of India about Ankita’s growing closeness to Vicky and their loving relationship. “After her breakup with Sushant, Ankita found her soulmate in Vicky,” stated the source. The close confidant also mentioned that things are getting pretty serious between the duo as their families are frequently meeting up.

Ankita has about 829K followers on Instagram and 74K followers on Twitter. She often takes to social media to share glimpses into her professional and personal life. She has caught the travel bug as most of her social media is filled with breathtaking pictures of her vacationing.

Ankita’s list of awards correspond to her performance in the show Pavitra Rishta.

With so many feathers in her cap, Ankita is all set to add another one with her upcoming movie Manikarnika. We wish the actress all the best for her first Bollywood debut!